What is the future of the mouse model?

The world’s biomedical research community will continue to depend on the laboratory mouse as the premier model for human biology and disease for decades to come, even as cell lines, computer simulations and other technologies come online.

In May 2014 Nature Methods published an in-depth analysis of the relative value of cell lines and animal models, extensively citing Jackson Laboratory Professor Gary Churchill. The article, which explains the need for diverse mouse resources such as the Diversity Outbred panel, concludes that while cell lines can be useful for some experiments, mouse models will be the superior choice for others.

For example, recently Johns Hopkins University researchers announced that they had reprogrammed induced pluripotent stem cells derived from adult human skin cells into brain cells, growing the cells into small “mini-brain” clusters. While these clusters may be useful in preliminary drug testing and other experiments, they do not represent the complexities of a living brain. In contrast, The Jackson Laboratory is addressing the challenges of better modeling Alzheimer’s disease and other neurological conditions and diseases, such as epilepsy, ALS and spinal muscular atrophy.

It is precisely because of the widely accepted value of the laboratory mouse in the scientific community that articles like the “mini-brain” story make such a large impression in the mainstream news media: They go against the grain. Similarly, in 2013 a widely publicized paper in the Proceedings of the National Academy of Sciences challenged the value of mice in modeling sepsis, burns and trauma. As a blog post on the JAX website points out, only one inbred strain of mouse was used in this research, whereas comparing several strains could have yielded useful data about genetic factors associated with response to those injuries.

In fact, The Jackson Laboratory has been at the forefront of promoting rigorous experimental standards for animal-based research, from characterizing mouse strains to improving genomic technologies, and developing valuable new mouse resources such as the Diversity Outbred panel and the NSG-SGM3 model for the study of cancers and infectious disease.

Moreover, the National Cancer Institute has recently discontinued the NCI-60 cancer cell lines in favor of a PDX (for patient-derived xenograft) resource, in which fresh tumor samples are grown in special laboratory mice. It is widely recognized that the cell lines have outlived much of their utility and that the PDX in vivo tumors represent a more physiological model of cancer.

It is thanks to nearly a century of work at The Jackson Laboratory that the mouse became the world’s most valuable and widely used animal model for understanding human biology and disease. Today JAX innovations and research are making the mouse an even more important — and relevant — platform for biomedical study. 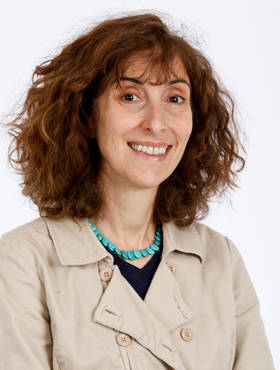 Joyce Dall’Acqua Peterson is a writer with a B.A. in English who likes working with Ph.D.s, and has more than 30 years’ experience as a public information officer including 18 at The Jackson Laboratory.