Beyond nature versus nurture 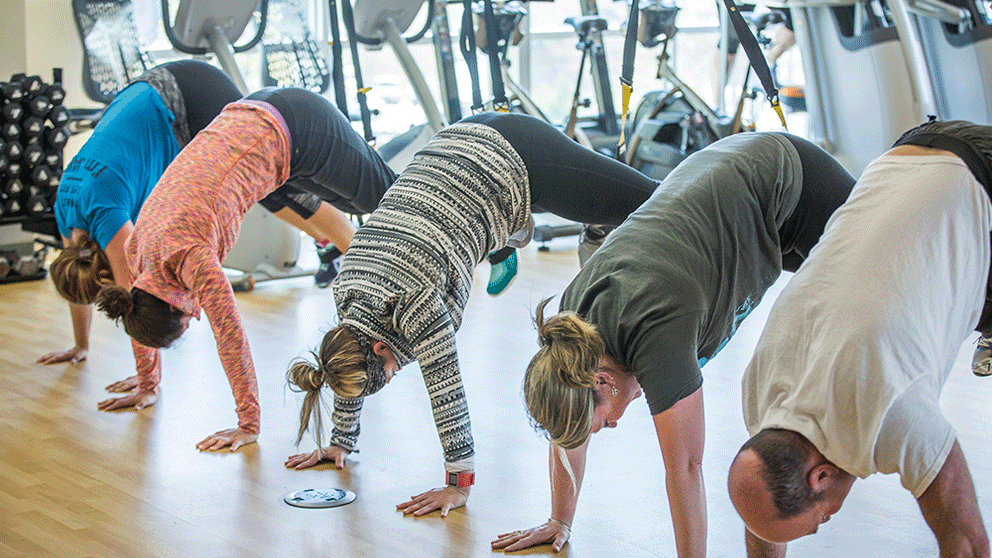 How much do our genomes determine about our lives?

It’s a hard question to answer, and it arises in various forms. The nature (genes) versus nurture (environment) child rearing debate has raged for centuries, perhaps because both sides are simultaneously right and wrong according to the latest research. In the absence of extreme problems (e.g., a fatal or debilitating genetic disease or overwhelmingly toxic environment), some traits depend more on genes, others more on environment. Or so our current level of understanding indicates. It is indeed a delicate balance.

If only that AGGGTCA sequence in my procrastination gene was AGGTGCA instead, heck, I would have finished that project DAYS ago.

Nonetheless, researchers must study genetics in isolation to learn more about biology without confounding variables, which may help give rise to a persistent sensibility that some genes are deterministic. News reports convey that genes determine a hard-wired course, with headlines talking about such thing as “happiness genes” and the like. It feeds into human nature — we look for easy fixes, but when one isn’t handy, wouldn’t it be great to have a scapegoat in genetics? I myself would love to be able to say, with confidence, “If only that AGGGTCA sequence in my procrastination gene was AGGTGCA instead, heck, I would have finished that project DAYS ago.” But I can’t, even after getting my entire genome sequenced. The truth is, our physical environment and how we behave within that environment can shape us in ways that are impossible to predict from our genomes alone.

The same is true for health and disease, and there is growing research into this area, particularly for diseases of aging. Cardiovascular disease, diet and exercise have been in the headlines for decades, but the associations between behaviors and cancer risk are also attracting attention. Late last week JAMA Oncology published a paper based on data from two studies that assessed the behavior and health of healthcare professionals. The total number of participants was large (135,000+) and indicated four behaviors/attributes that separated them into groups with relatively high or low risks for cancers. The four items themselves shouldn’t surprise anyone — smoking, consistent exercise, weight maintenance, alcohol consumption — but the numbers themselves might. If everyone followed what was defined as a healthy lifestyle in all four areas, it would drastically reduce both cancer mortality rates and incidences of new cancer for women: by 59% and 41% respectively. For men, the numbers are even higher, with reductions of 69% for the mortality rate and 63% for new diagnoses.

That paper followed closely on the heels of another in JAMA Internal Medicine that focused exclusively on exercise. This time the subject pool was even larger — 1.44 million — and statistical analyses indicated that high versus low levels of activity reduced risks for 13 cancers. Two cancers showed higher risks, melanoma (which makes sense because of increased sun exposure during outside activity) and prostate (which is somewhat puzzling). The study noted that the associations were similar between normal weight and overweight subjects and smokers and nonsmokers (other than lung cancer), so it’s interesting that high activity alone seems to have a robust effect. Still, given that high activity generally correlates with weight maintenance and tobacco avoidance (and moderation if not abstinence regarding alcohol consumption), it seems reasonable that many subjects fulfilled the entire “healthy lifestyle” definition of the other study and likely affected the numbers here as well.

Another area of interest is neurodegeneration. JAX’s own Gareth Howell, Ph.D., is working with mice to study the mechanisms underlying a growing body of human data indicating exercise helps with maintenance of cognitive function and an unhealthy diet can increase the risk of Alzheimer’s disease and dementias. Howell’s lab has investigated both areas, and his results not only support the human associations, they also provide some mechanistic clues. They found that exercise (the mice ran on a wheel two hours per night) helps maintain the crucial blood-brain barrier and other vascular structures in the brain. The barrier keeps brain and other circulation separate and prevents immune cell infiltration, which plays a role in neuronal dysfunction. Exercise also helped prevent a decline in Apoe expression, which occurs naturally with aging and is also a risk factor for Alzheimer’s disease.

For diet, Howell and colleagues fed mice a chow formulated to replicate a high fat, high sugar/carbohydrate western diet. What they found was a marked increase in immune activity in the brains of all mice fed the diet. It appears that monocytes, circulating white blood cells, cross the blood-brain barrier in response to immune signaling. And microglia, the brain’s immune cells, become more active. Also, they found that more immune cells express the protein TREM2, an immune regulatory protein known to increase Alzheimer’s risk, but associated with diet for the first time in this study.

So far this all looks straightforward, right? Eat more kale, less ice cream and jog/walk/bike/swim/… 30-40 minutes most days, and you’re on your way to health and longevity. Well, sort of. It’s pretty safe to say that you would increase your chances for wellness, but there are no guarantees. And nutrition studies, as you are likely aware, are known for their conflicting findings. There’s a chart that wonderfully sums up what we all know anecdotally: most foods are both good and bad for us. Specifically, if we look at single studies that assessed the same foods and beverages using slightly different subject cohorts and methods, what we eat and drink — wine, coffee, eggs, corn, beef, etc. — both causes and prevents cancer. Then there’s the study from last year that concluded that 80% of cancers arise based on the distribution of stem cells in our tissues. In other words, most cancers are just the (bad) luck of the draw, independent of behavior and environment, and there’s not much we can do about it.

So, to return to the beginning, how much does genetic code determine about us? While we don’t know exactly, it clearly provides a template rather than a completed recipe for our health as we age. I, for one, will try to fill in the blanks the best that I can — though there will be at least some ice cream, because come on — and hope that is sufficient in the years ahead.