More researchers are using B6J mice than ever before

C57BL/6 (B6) inbred mice for research are available from multiple vendors.  The Jackson Laboratory’s C57BL/6J (B6J) continues to be the most widely used inbred strain in research programs focused on finding genomic solutions for a wide range of diseases. Why is it that researchers world-wide prefer to use B6J mice, which are only available from JAX?

Some of the most important work being done by biomedical researchers today is   translating their discoveries into approaches to improve human health. Reproducibility lets each generation of scientists build on the previous generations’ achievements.  To help, JAX provides researchers with B6J mice that are of the highest quality with respect to both their health status and genetic stability that ensures that their data will remain valid and reproducible over time.

More than 13,800 studies have been published to date that are based on JAX’s unique C57BL/6 substrain.

So much is known about the biology of B6J mice and their responses to treatments, but finding this information in the literature can be challenging. The Mouse Phenome Database (MPD)  is a fantastic resource that JAX makes available to researchers world-wide in order to facilitate translational discoveries. MPD is a free, continually expanding, and collaborative bioinformatics resource focused on collecting standardized experimental data from across all research areas.  Currently, MPD holds data from more than 447 different JAX strains, but most of it if has been collected from 46 of the most commonly used inbred mice, all of which are distributed by JAX.

MPD gives you free access to ~2700 baseline phenotypic measurements from B6J, including a wealth of data sets on the effects of different drugs, diet, diseases, and aging on these parameters.  What’s more, in MPD you’ll also find very detailed protocols on how the data was collected, related publications, and tools for comparing the data collected from multiple strains and studies, making it much easier to build on previously published work.

With MPD, researchers don’t need to characterize B6J - they validate their data instead! MPD also can save you time and resources: with its depth of data you can reduce mouse use. Below are some other resources that also may be of interest to you:

It is essential that your research mice remain healthy and free from infections, so that you can trust your data and reproduce results over time. To ensure the integrity of JAX® Mice for your research, we have established rigorous animal health and monitoring programs in order to provide biomedical researchers with the cleanest B6J mice possible from our Maximum, High, and Standard barriers, including specific opportunistic & pathogen free (SOPF) mice.

Did you know that the last pinworm infection at JAX dates back to the 1970’s?

As a biomedical research institution and a supplier of the world’s broadest array of mouse models for biomedical research, The Jackson Laboratory is uniquely positioned to fully use the wealth of information collected from our diagnostic, clinical medicine, importation, and pathology groups to develop a thorough understanding of the diseases  laboratory mice and to develop procedures to diagnose and prevent them.

The scientific method depends upon reproducibility

There is no question that the reproducibility of reported   results is a cornerstone in scientific publishing and progress. The challenge is that all things change! This is almost a definition of survival. In living organisms, random mutation lead to genetic variation and drift, which are then acted upon by selection. In laboratory animals, such mutations may become fixed in the population, particularly when the population is relatively small, such as in a foundation colony. Over time, rapid, cumulative, and random genetic drift slowly changes the phenotype of all inbred mouse strains. The impact of this drift depends on the nature of the mutations and the research. In the end, the effect is like walking through a minefield:it is just a matter of time before mutations affect an experiment in unexpected and interesting ways (Stevens et al., 2007). Inattention to the effects of genetic drift can confound research conclusions, making them inaccurate, misleading, and perhaps even unusable.

Therefore, to produce consistent and reproducible data, scientific experiments require defined resources and reagents, and for mouse geneticist, that means  genetically defined and unchanging inbred mouse strains.  But how do we prevent genetic drift from affecting our mice?

At JAX we have faced the genetic drift challenge by developing a patented Genetic Stability Program (GSP). This program effectively stops cumulative genetic drift in the majority of our key inbred strains (including C57BL/6J and C57BL/6NJ) by regularly refreshing their foundation stocks with genetically defined stock of frozen embryos. The GSP produces reagent grade mice that have the highest possible level of experimental reproducibility over time and place.

Under our GSP program you can be confident that the C57BL/6J mice that you receive today will be  genetically the same  as those that you receive 25 years from now.   In fact, JAX is the only mouse supplier with a colony management program designed to stop cumulative genetic drift including copy number variation in the most commonly used research strains.

At The Jackson Laboratory, we combine research, innovation, and commitment to offer you clinically relevant mouse models and all-inclusive services to put your research program on a solid foundation. GSP-protected strains will remain within a narrow and unchanging genetic bandwidth for the foreseeable future, providing a stable worldwide source for inbred mouse strains. The team of scientists behind the development and maintenance of JAX® Mice and Clinical Research Services  ensures that the mouse strains that you receive are uniform, well-characterized, and have the highest health status so that you can trust your data and reproduce your experimental results over time. 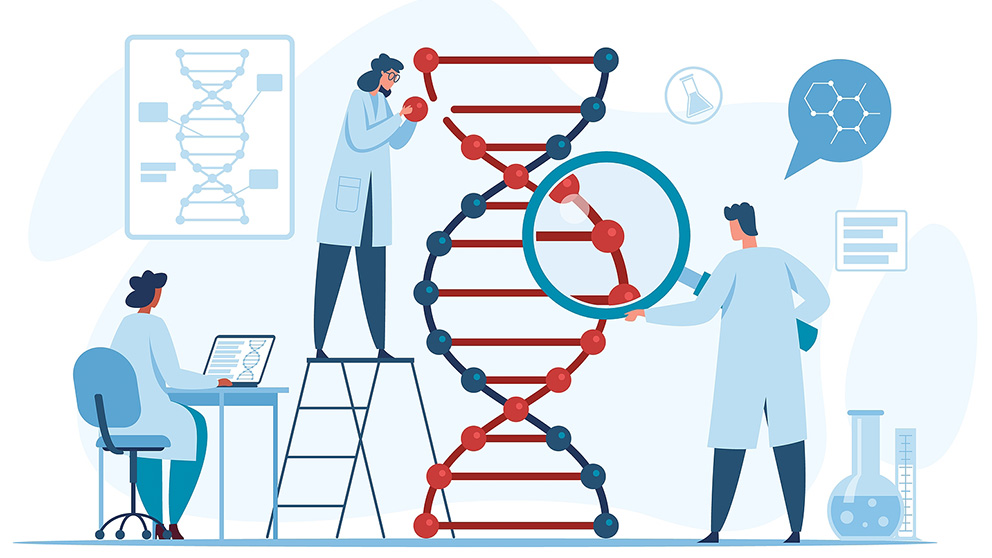