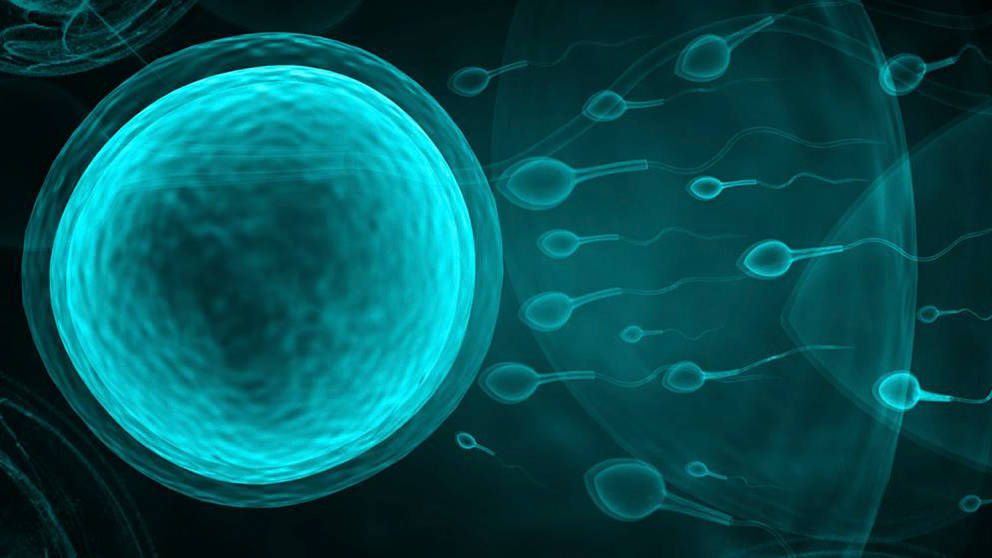 1) House stud males individually for 1-2 weeks prior to mating.

The rates at which sperm counts recover after mating vary among inbred males.  Although sperm counts typically recover quickly (within ~ 2 days) in many strains, recovery in other strains, such as C57BL/6, may take as long as 4 days.  Isolating stud males for at least 1 week after a previous mating will maximize their fertility and increase the odds for successful pregnancies.  *For obvious reasons, use experienced, proven stud males, if possible.  Otherwise, pick older males (3-4 months old) over younger males.

Female mice typically become sexually mature by 6-8 weeks, although females from some strains, particularly outbreds, may reach puberty as early at 4 weeks.  Therefore, using females that are at least 8 weeks old will increase the likelihood that they will become pregnant. Avoid using virgin females older than 15 weeks because often they mate less reliably.

3) Group-house females and synchronize their estrous cycles prior to mating.

The estrous cycle in female mice is typically 4-5 days long and is divided into four phases: proestrus, estrus, metestrus and diestrus.  Females can only become pregnant when ovulation occurs (during estrus). Estrus lasts only about 15 hours, and ovulation usually occurs during the middle of the dark cycle.

If you need to set up a large number of matings, more predictable success can be achieved by group housing females (4-10 per cage, depending on the cage size) for 10-14 days.  Due to the phenomenon known as the Lee-Boot effect, named for its discoverers S. Van der Lee and L.M. Boot, group-housed females tend to have longer, more irregular estrous cycles with a prolonged diestrus phase.

Subsequent exposure of  these females to a pheromone secreted in male urine by introducing soiled bedding from a male’s cage into the females’ will result in synchronized estrous cycles in the females such that approximately 50% will be in estrus and receptive to mating on the third night following exposure.  This phenomenon, known as the Whitten effect, typically results in a higher percentage of females becoming pregnant, making it easier to establish a large cohort of aged-matched embryos. 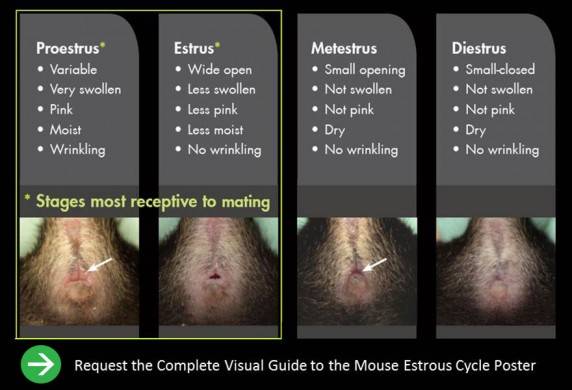 4) Verify the estrous state of females prior to mating.

To further increase the likelihood of a successful pregnancy, only choose females for mating that are in proestrus or estrus.  With a little experience you can determine a female’s estrous state by a visual inspection of her external genitalia.  In general, if the vaginal opening is swollen, pink and moist in the late afternoon, then the female is likely to be receptive for mating that night.  If necessary, a female’s estrous state can be confirmed by cell morphology following a vaginal swab.  For more detailed information on both methods, see Byers S et al. 2012.

Because males have a limited daily capacity to produce sperm, mate no more than 2 females per stud male.

6) Check for vaginal plugs early the next morning.

Females that have mated during the night will carry a viscous vaginal plug the following morning.  The plug consists of components of the male ejaculate derived from the male’s coagulating and vesicular glands. Plugs fill the female’s vagina and generally persist for 8-24 hours after mating.

The plugs from some strains – C57BL/6 in particular may be thin and dissolve rapidly.  Plugs that typically persist for longer, also, can fall out prior to dissolving.  Therefore, it is best to check for plugs as early in the morning as possible.

You should know that a vaginal plug does not guarantee that the female is pregnant. It only indicates that copulation has taken place.  Males from some stains – BALB/cJ, in particular – will mate with females even when they are not in estrus and not receptive to mating.  By evaluating the estrus state of the female and only mating those that will likely ovulate during the night, you can increase the pregnancy to plug incidence to 80-90%.