Chronic myelogenous leukemia (CML) is a lethal cancer caused by the transformation of progenitor hematopoietic cells by the BCR-ABL oncogene. Although tyrosine kinase inhibitors, such as imatinib mesylate (IM, Gleevec), can force the leukemia into initial remission, they do not eliminate the quiescent (non-dividing) leukemic stem cells and cannot cure the disease. But the disease may not be incurable for long. A research team composed of scientists from the City of Hope National Medical Center (Duarte, Calif.), the Dana-Farber Cancer Institute (Boston, Mass.), the University of Glasgow (Scotland), and Professor Lenny Schultz, Ph.D., (The Jackson Laboratory) reported that a combination treatment consisting of Gleevec and histone deacetylase inhibitors (HDACis) effectively diminishes leukemic stem cells in mice (Zhang et al. 2010).

The researchers primarily experimented with two HDACis – LAQ and LBH. Alone and in combination with Gleevec, these compounds had been shown to induce apoptosis in CML cell lines and in blast crisis CML cells. The research team found that a combination treatment of either LAQ and Gleevec or LBH and Gleevec effectively kills human quiescent CML progenitors that are resistant to Gleevec alone. They also found that these combination therapies are significantly more effective than either substance alone in targeting human progenitor CML cells capable of multi-lineage engraftment in immunodeficient mice – specifically, JAX® Mice strain NOD.Cg-Prkdcscid Il2rgtm1Wjl/SzJ (005557, abbreviated NSG for NOD scid gamma).

To provide more robust, immune competent, long-term mouse models of CML, the researchers produced triple transgenic mice and generated a large cohort of transplantation models using syngeneic mice. First, they mated JAX® Mice strains FVB.Cg-Tg(Tal1-tTA)19Dgt/J (006209) and FVB/N-Tg(tetO-BCR/ABL1)2Dgt/J (006202), producing double transgenic offspring in which tetracycline withdrawal induces CML-like disease. Next, they bred the double transgenics to JAX® Mice strain FVB.Cg-Tg(CAG-EGFP)B5Nagy/J (003516), producing triple transgenics harboring an inducible BCR-ABL oncogene and GFP-expressing leukemic stem cells that can be easily identified and selected by flow cytometry. Four weeks after tetracycline withdrawal, these mice developed a CML-like phenotype. The researchers extracted bone marrow cells from these mice, selected GFP-expressing cells (among which were leukemic stem cells), and transplanted them into irradiated wild-type FVB/N recipients. Four weeks later, these recipients had also developed leukemia-like disease. They were divided into four groups: one group was treated for four weeks with Gleevec only, another for four weeks with LBH only, another for four weeks with LBH and Gleevec, and the last group was not treated. Mice treated with LBH and Gleevec had significantly fewer GFP-expressing cells (indicating little expression of the leukemia oncogene) and survived longer after treatment than any other group. Regardless of their efficacy in treating the leukemia, none of the treatments produced ill side effects in any mice.

The findings of this study indicate that combination HDACi-Gleevec treatment may be considerably more efficacious than current CML therapies. If the results of further studies and ongoing clinical trials are positive, the treatment will offer a great deal of hope to people suffering from CML. 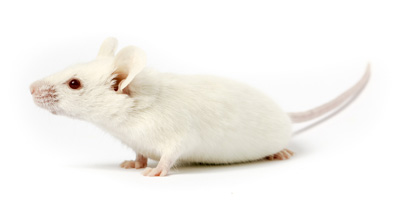