A new approach to Huntington's disease 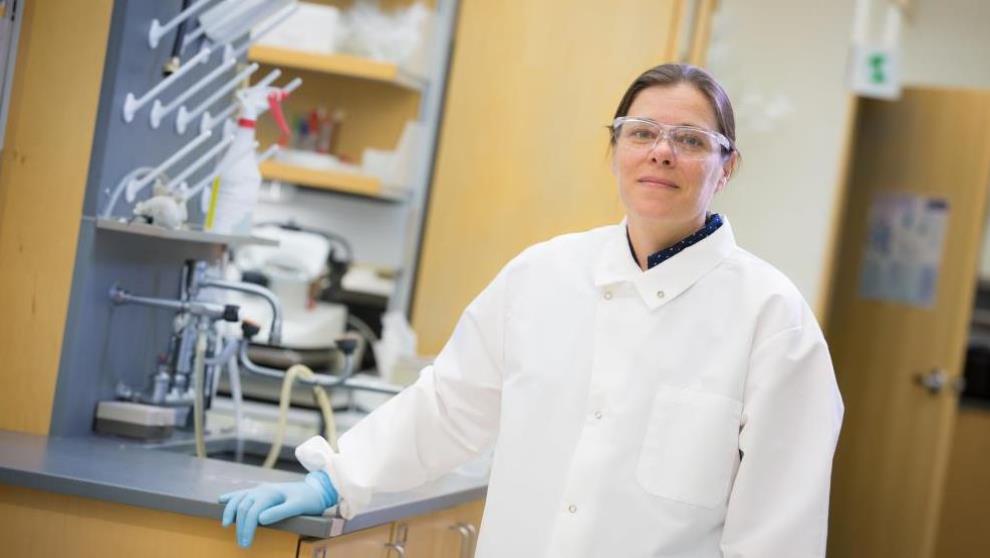 Tracking down genes that confer resistance to Huntington’s could lead to new treatment approaches for a devastating neurodegenerative disorder, and brain aging itself.

“It’s like having the symptoms of ALS, Parkinson’s disease, Alzheimer’s disease and major depression, all at the same time.”

Examining the genetics of rare disease

The National Institute of Neurological Disorders and Stroke has awarded Kaczorowski a five-year grant totaling $5,171,556 to study the genetic mechanisms controlling resilience to Huntington’s disease.

Kaczorowski, who holds the Evnin Family Chair in Alzheimer’s research at JAX, pursues a novel approach to neurodegenerative diseases. Rather than chasing down the myriad genes associated with causing the diseases, she seeks out genes that confer protection against cognitive decline.

Huntington’s disease is caused by an inherited defect in a gene, huntingtin, that everyone carries. What’s different about Huntington’s patients is the overduplication of a section of the gene, a sequence of bases identified as CAG. The standard theory is that people who inherit fewer than 26 CAG duplications don’t develop Huntington’s symptoms, 27 to 35 may pass the disease on to future generations, 36 to 39 will likely develop symptoms, and more than 40 will have full-fledged disease.

“But when you look at the patient data,” Kaczorowski says, “it’s clear that the number of CAG repeats patients inherit doesn’t always track to age of onset, how severe their symptoms are, or how long they live. There are definitely individuals who have way more CAG repeats that are doing well.”

Due to the inherent genetic variability among the human population, she says, “patients with the disease display a wide range of symptoms including resilience to progression and severity of Huntington’s disease. These underlying genetic differences in resilience may provide new therapeutic targets for promoting healthy brain aging overall, and resilience to Huntington’s in particular.”

Remarkably, she says, “some of our mouse strains that show resilience to Alzheimer’s disease mutations also look like they might be protective against Huntington's and Parkinson's diseases. That means that there might be some global factor that can protect against neurodegenerative diseases.”

Kaczorowski says she was inspired to expand her research to Huntington’s disease during a plane trip from Washington, D.C., a few years ago. “I’m such a Midwesterner, I’ll talk to anybody on a plane,” she says. “I was chatting with a woman who asked about my work researching Alzheimer’s disease, and she commented that her family isn’t worried about Alzheimer’s because Huntington’s disease runs in her family, and the symptoms of Huntington’s appear much earlier than those of Alzheimer’s.” 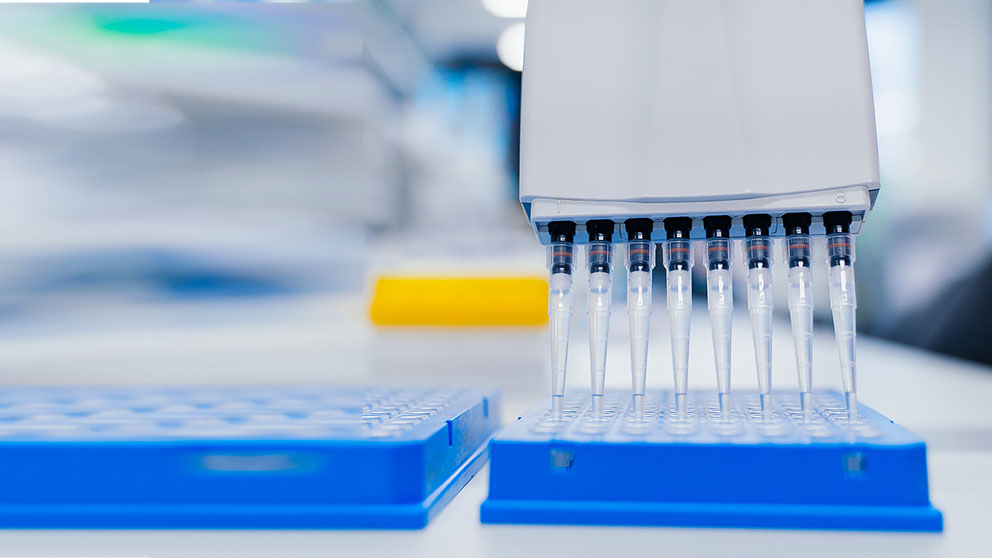 When Kaczorowski returned to her lab in Bar Harbor, Maine, she plunged into learning more about Huntington’s disease. “I had thought Alzheimer’s disease was the scariest diagnosis you could face,” she says. “When I heard about the dementia, suicide and other neuropsychiatric issues that are associated with Huntington’s, and how the disease strikes at the prime of life, I realized I had to do something about it.”

A Huntington’s disease literature search led her to the work of James F. Gusella, Ph.D., professor of neurogenetics at Harvard Medical School. Gusella had mapped the huntingtin locus in patient families and had published papers on identifying genetic factors that modify the clinical onset of Huntington’s disease symptoms. “I told him about our work in mice to find modifier genes, and we started to talk through a research plan. He suggested I recruit his Harvard Medical School collaborator Vanessa Wheeler to integrate the mouse and human data.”

Their collaboration resulted in the new research grant award. “We are using multiple strategies to uncover the mechanisms of Huntington’s,” Kaczorowski says. “How exactly does the huntingtin mutation cause damage, and what cell types are responding to it in a protective way?”

To find the genetic modifiers that contribute to resilience against Huntington’s disease, the researchers will introduce a mutated huntingtin gene into a genetically varied mouse population. The team will conduct in-depth behavioral and physiological screens of the mice to gauge the development of Huntington’s-like symptoms, and will compare the genetic profiles of the individual mice to data from human Huntington’s patients.

Kaczorowski credits work published by the late Richard Paylor of Baylor College of Medicine, and subsequent work by his “very talented” graduate student Randi-Michelle Cowin, for laying the conceptual framework for the new grant. “Their work with the R6/2 mouse model provided the proof of concept of dominant genetic modifiers in Huntington’s disease,” she says.

Huntington’s disease is rare, Kaczorowski notes. “But Alzheimer's is not, and if we can use the resilience approach to find treatments for both these diseases, that’s really exciting.”