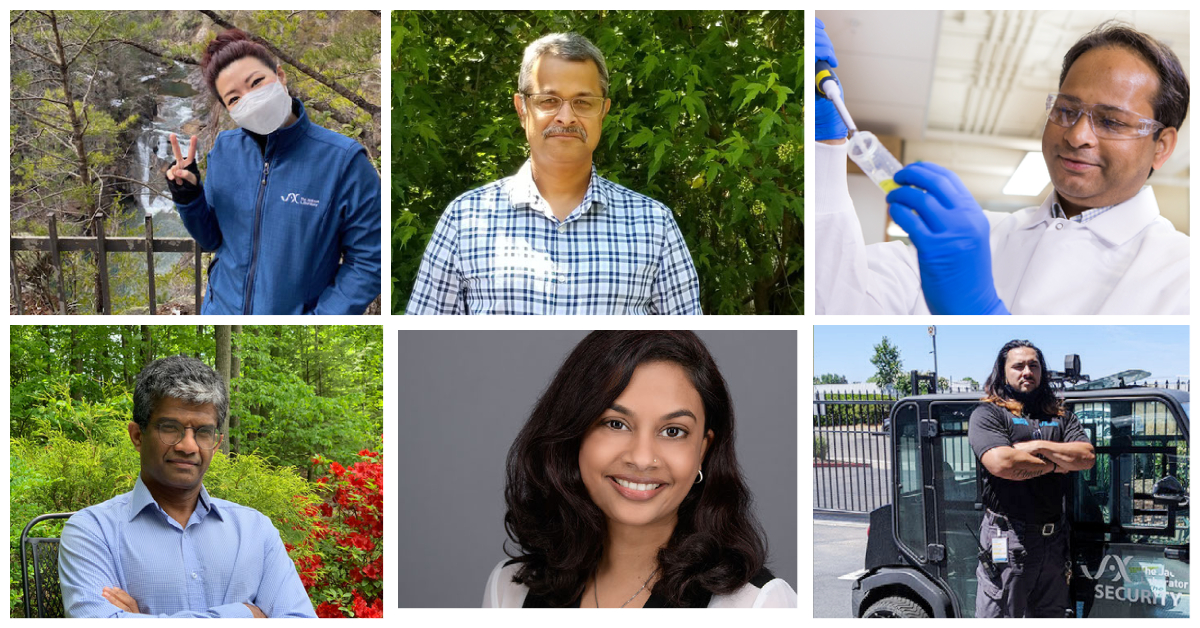 Asian/Pacific American Heritage Month is a celebration of Asians and Pacific Islanders in the United States. The term Asian/Pacific encompasses the entire Asian continent and the Pacific islands of Melanesia, Micronesia, and Polynesia.

Asian/Pacific American Heritage Month was declared as the entire month of May in 1992, followed by years of activism from Jeanie Jew, a former Capitol Hill staffer, according to Time. Jew began introducing her idea for the heritage month to congress in 1977, after she witnessed a lack of recognition for Asian Pacific Americans during the U.S. Bicentennial celebrations of 1976.

It was very important to Jew to advocate for this holiday celebration particularly because of her family’s story. Jew’s great-grandfather, M.Y. Lee, helped to build the transcontinental railroad after migrating to the U.S. in the 1800s. Migrants like Lee played a huge rule in building the transcontinental railroad, and other major parts of American history, while being openly discriminated against by events such as The Chinese Exclusion Act of 1882.

To celebrate here at JAX, we interviewed some of our Asian and Pacific Islander employees from across our various campuses and job roles about their work at JAX and their heritage.

Sivihiva “Hiva” Finau is a global security officer at JAX. In his role, he provides professional customer service and helps maintain a safe environment for all JAX employees and personnel. 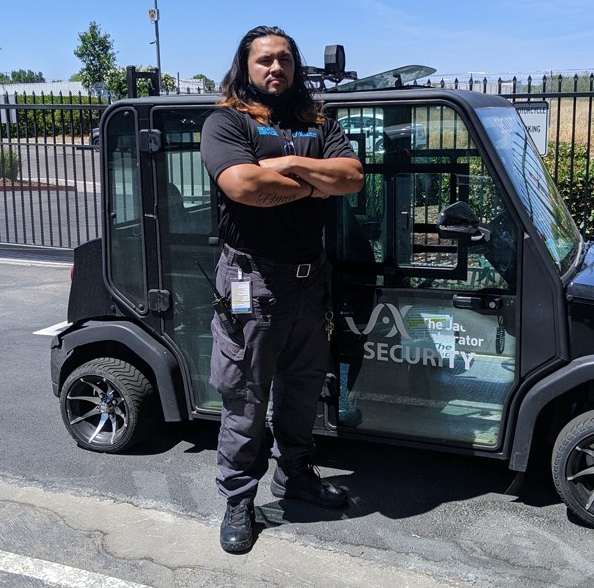 “I am proud Tongan Mexican American. My father is from the beautiful Island Leimatu’a Vava’u Tonga, located in South Pacific Ocean next to Fiji and Samoa. I am part of the first generation born here in the states. With our morals and values being a heavy presence in our culture, the islands never feel too far away.”

“What makes me proud is how strong the Tongan culture is. Starts with our love for Jesus Christ, family, and respect. I come from a big family that consist of over 80 grandchildren so even though I’ve grown up here the traditions never change. From family gatherings with all the boys roasting pigs, to bonding over the island drink Kava where wisdom and stories are past on, to singing in church. I learned our traditional dances such as the Kailao, Lakaka, Soke and many more. Our culture passed on from the generations before me lays the foundation to the person I am today.”

“I am grateful to be working with a great organization full of diversity and great leadership. Blessed to have the opportunities I was given here and look forward to the future with this awesome team.”

Maya Dubey is a technical marketing specialist with JAX Mice and Clinical Research Services. In this role, she develops print and digital content as advertising for JMCRS. 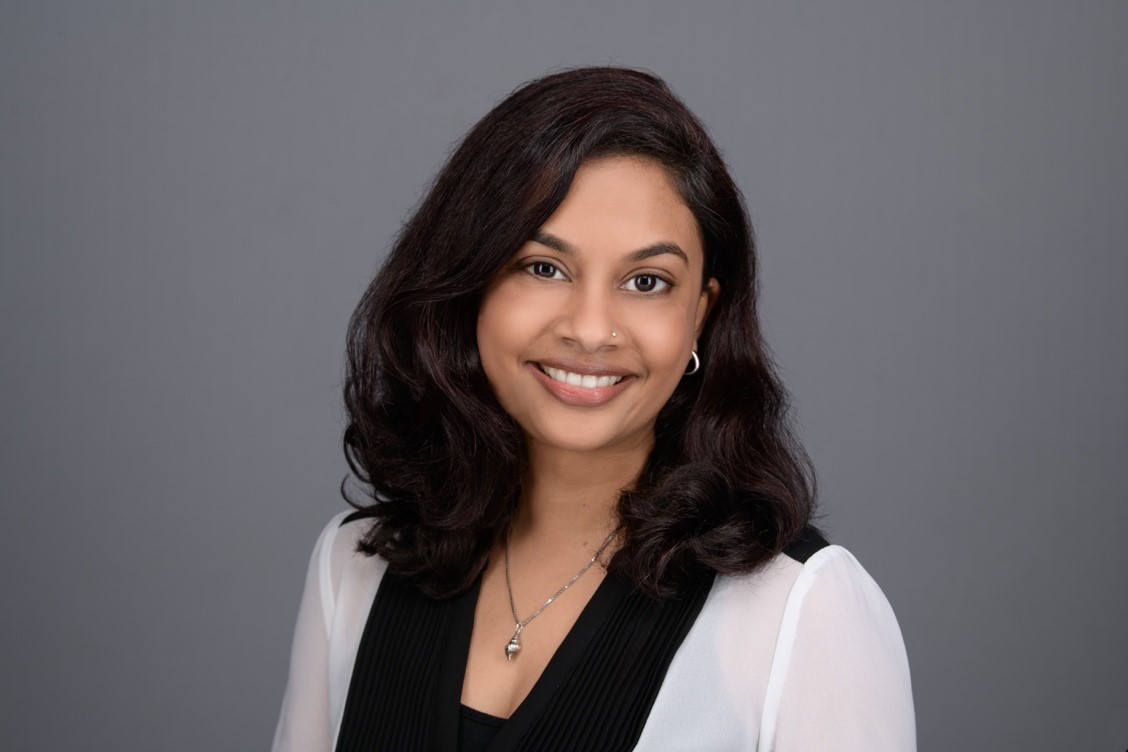 “My parents and family have always instilled strong values and sense of self. I think that and knowing where I came from has played a huge role in who I am.”

Krishna Karuturi is senior director of computation sciences. He directs research and development operations and identifies and executes transformational strategies to make high-impact contributions to JAX’s research, business, and educational goals in biomedical research. “Our computational sciences department is a home for a diverse global team of 60+ computational scientists, engineers, and project managers who are making the best use of big heterogeneous biomedical data to discover principles of biology, translating these principles for clinical use, and building informatics applications that facilitate the discovery process,” he says. 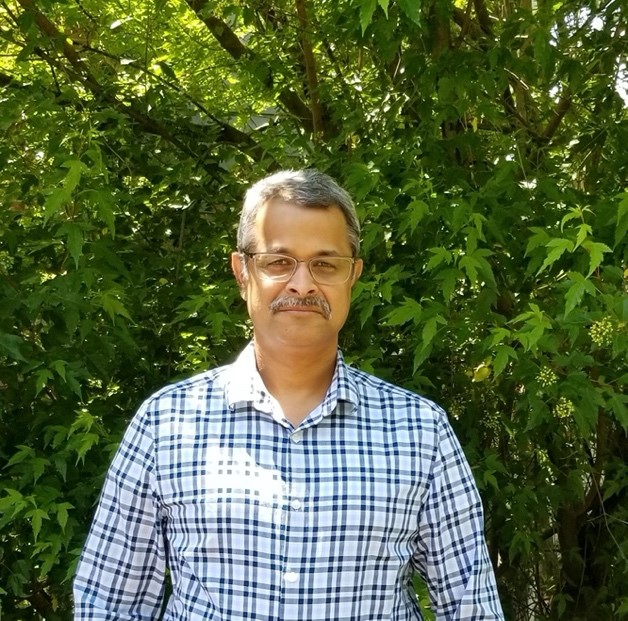 “There are plenty of exciting projects in Computational Sciences. However, given the timing, I would quote two recent projects I co-led: the testing frequency calculator we developed to assist employee COVID-19 testing program at JAX; and AI models to predict tissue of origin of cancers of unknown primary (CUP) and subtypes that can significantly advance precision medicine in cancer. The latter was published in EBioMedicine  and was recognized as one of the top 10 papers for the year 2020 by the journal.”

“The rich philosophical discourse and diversity in every aspect of Indian life, visionary and agile governance along with the culture of global exposure in Singapore, freedom and leadership values of America.”

“I consider myself fortunate to experience a broad range of living styles and exposure: spending childhood in the villages and studying in metro cities of India, experiencing the structured and focused hardworking culture of a global city like Singapore, Bar Harbor's community spirit, and semi-urban West Hartford. Though the transitions were not easy, they offered me an enriching long arc of experience that guides me in my interactions with my colleagues and in my leadership of Computational Sciences.”

Vivek Kumar is an assistant professor at JAX. His lab works on the genetics of behavioral disorders, such as addiction. “I’m privileged to work with a talented group of neuroscientists, behaviorists, engineers, and geneticists,” he says. They try to integrate methods across their fields to make impactful discoveries. 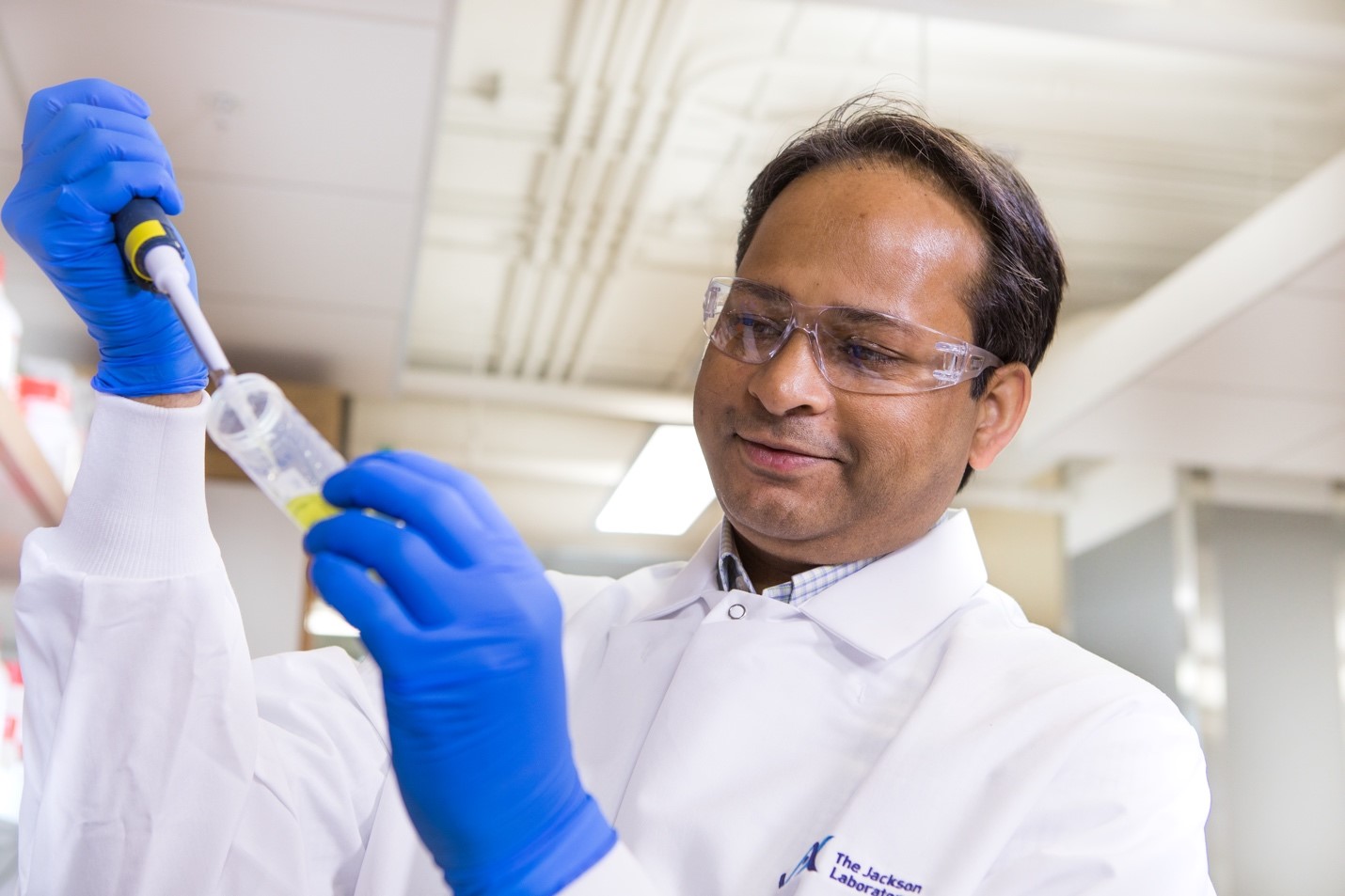 “I’m excited about the application of machine learning to animal behavior. We now have the technology to answer questions that scientists have been asking for a long time but were not able to because of a technological limitation.  I’m particularly excited about the potential merging of computer vision with genomics.”

“I was born in India and immigrated at the age of 10. I identify as an American of South Asian origin.”

“I have always appreciated the hard work ethic and modesty that was modeled by my parents.”

Jane Cha is a senior designer in the creative department at JAX. Her projects include designing our quarterly magazine (SEARCH), invites, posters, web banners and other traditional graphic design collateral. “Surprisingly, a great majority of projects involve illustration; scientific, infographic and general audience,” she says. “As social media continues to be mainstream, we’ve been expanding our skills, learning to create GIFs and simple animations.” 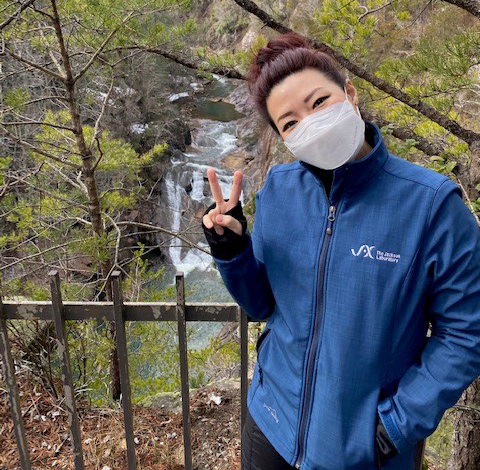 “Last year, I worked on a P01 grant which involved PI’s from JAX and several other institutes and hospitals. Dozens of conceptual illustrations and infographics were created, but as the research focus was COVID-19, the data was changing daily, sometimes hourly, and the supporting graphics also shifted. I had the privilege to attend their meetings and witnessing the collaboration required for such a project simply blew me away. The meetings were presentations followed by critiques, yet the questions raised were always received with openness because it was clear that everyone’s goal was the same: to create the best possible proposal. Despite the long, late hours, every attendee remained optimistic and deeply grateful of one another.”

“My parents left South Korea in the late 1960’s for Germany where my older sister was born, and a few years later they immigrated to Canada (Edmonton, Alberta). My dad just turned 80 and he still works every day. I have so much respect and gratitude to my parents for what they’ve endured and sacrificed to open every door of opportunity for me and my 3 siblings. Korean culture is not very vocal with affection or compliments, but it’s ‘spoken’ through actions of sacrifice and selflessness.”

“At JAX, people have come from all over the US and the world. It’s a place where diversity is not only welcomed but desired!” 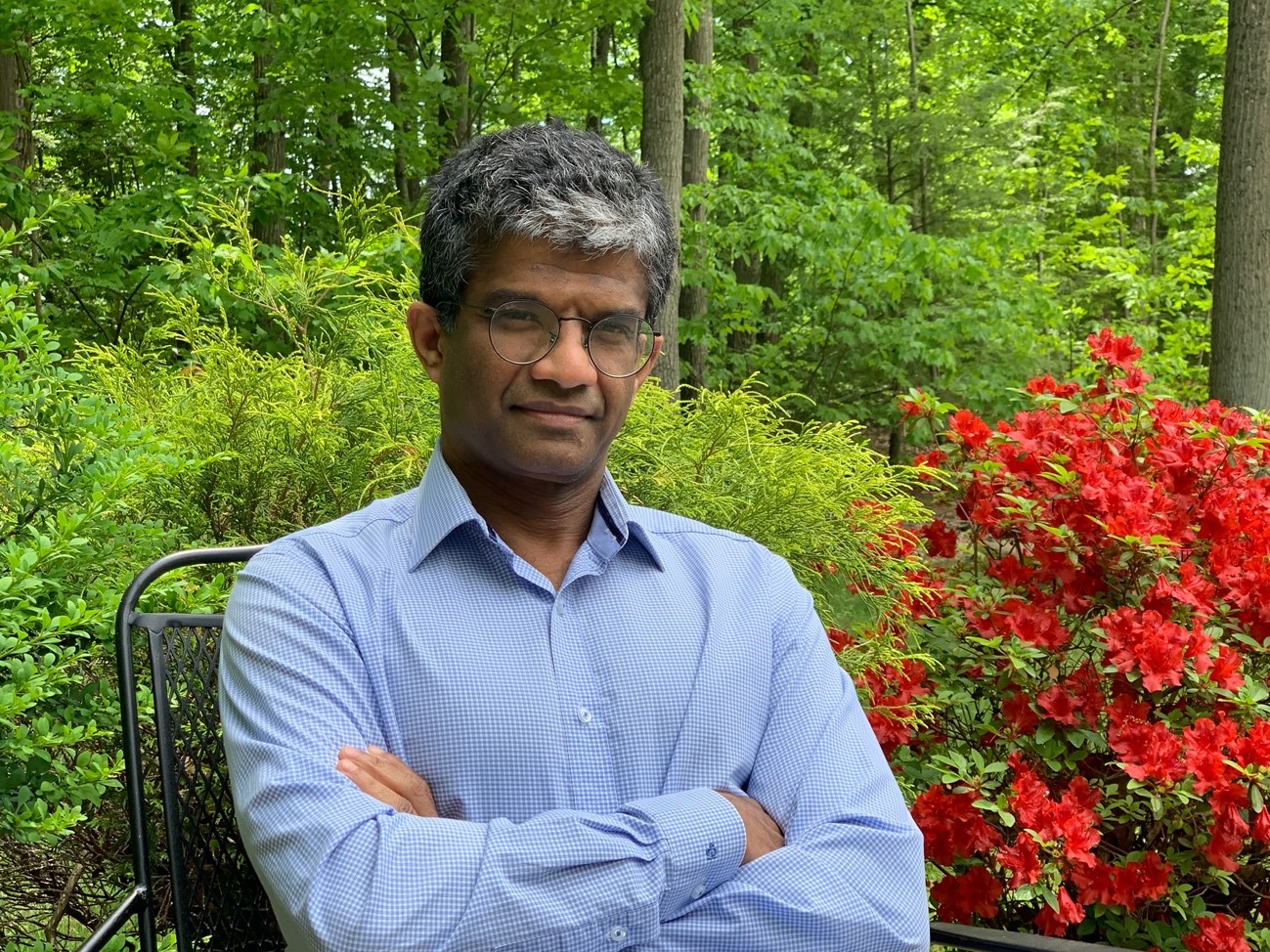 “Carcinoma of unknown primary is a diagnosis given when doctors aren't able to locate where cancer began. The treatment of cancer is dependent on the tissue of origin. Therefore, it is important to identify the primary site of origin.  In collaboration with the Sheng Li lab, we developed an AI-based solution to determine the site-of-origin based on the tumor's transcriptional profile.

Recently I played a role in the effort of the computational science team in dealing with the COVID-19 pandemic.  These include the automated testing of COVID, sequencing the SARS-CoV-2 genome, and developing a model to estimate the testing frequency for surveillance.  It was exciting to play a role in the scientific response to the pandemic from JAX.”

“I am originally from south India, in fact from the southern tip of India, and I identify myself as an Asian Indian. I have lived in Singapore and Australia before coming to JAX and have fond memories and close friends in those countries."

“India is a land of rich traditions and a diverse set of religions and languages. Growing up in India prepared me to understand the strength of diversity and appreciate other cultures."