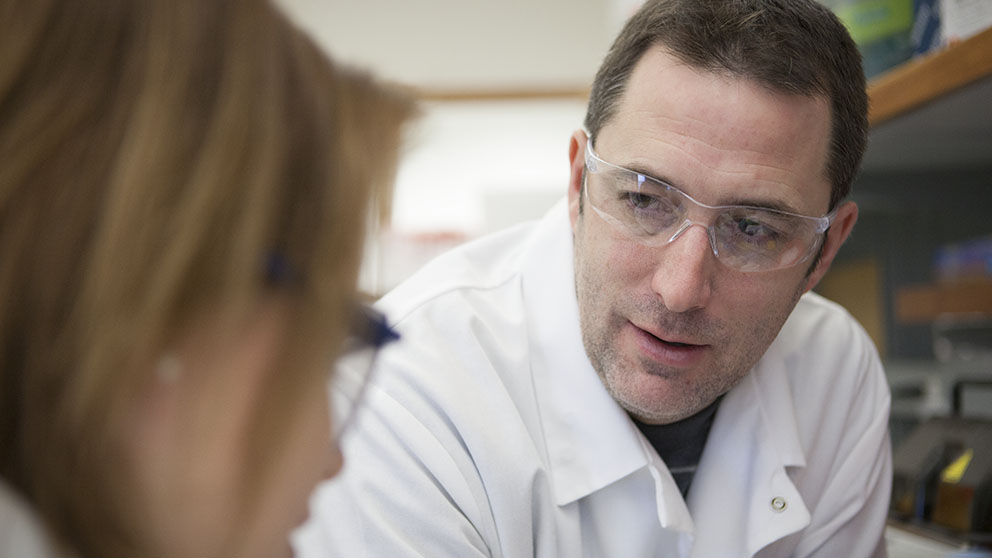 The blood-brain barrier largely isolates the brain from the outside world. It blocks out most of what the rest of the body has to deal with in circulation, including pathogens and toxins. Nonetheless, the brain still has its own immune defense mechanisms, spearheaded by cells known as microglia. Microglia account for more than 10 percent of all cells found in the brain, and they comprise the main form of active immune defense in it.

As with immune cells elsewhere, microglial dysfunction and overactivity can be harmful, and they have been implicated in neurodegenerative diseases, including Alzheimer’s disease. Research into microglia biology and their roles in disease is therefore of high importance, but studies on microglia in mice, a vital preclinical model organism, have not translated well to human research thus far. The advent of single-cell technologies in particular has highlighted differences between mouse and human microglia. Of particular concern has been poor alignment with disease-associated subtypes, though differences in how the cells are collected, processed and stored may contribute to the disparities.

Almost all of the research has involved C57BL/6 (B6) mice, a strain of mice created in the laboratory. While B6 mice have been highly useful for learning about microglia biology, the use of a single strain fails to capture the genetic diversity of the human population. To address this problem, a research team led by Postdoctoral Associate Stanley Yang, Ph.D., and Associate Research Scientist Kristen Onos, Ph.D., in the laboratory of Jackson Laboratory (JAX) Associate Professor Gareth Howell, Ph.D.Applies genetics and genomics approaches to study age-related neurodegeneration associated with Alzheimer’s disease, dementia and glaucoma.Gareth Howell, Ph.D., investigated microglia features and dynamics in three additional, wild-derived strains: WSB/EiJ (WSB), CAST/EiJ (CAST) and PWK/PhJ (PWK). Wild-derived mice were created by capturing mice in the wild in different locations across the world, and then inbreeding them in the lab. Their work involved both regular (wild-type) mice and those with human mutations associated with amyloid pathology in the APP and PS1 genes engineered into the B6 and these wild-derived strains.

In a paper published in Cell Reports, “Natural genetic variation determines microglia heterogeneity in wild-derived mouse models of Alzheimer’s disease,” the team used single cell sequencing to show that microglia exhibit differences in the abundance of microglia subtypes (or states), an important aspect of neurodegenerative diseases. Overall, the natural genetic variation between the strains is predicted to impact microglia biology to the extent that it likely results in inherently different neuroimmune environments in both aging brains and in those with disease pathologies such as amyloid.

Based on gene expression profiles, the researchers separated the microglia into 13 separate subtypes, which reflect their activation and proliferation levels, as well as other states. Subtypes included homeostatic-like microglia, which are the most abundant and indicate a steady-state, surveying immune condition. There are also disease-associated, with higher expression levels of genes related to activation or responding states, a hallmark of Alzheimer’s disease.

The four mouse strains exhibited significant differences in the relative abundances of the microglial subtypes in both wild-type and APP/PS1 mutant mice. In some strains, disease-associated microglia were significantly increased in response to amyloid pathology. Another interesting subtype in which proportion differences were noted was in the interferon-responding subtype, also recently associated with Alzheimer’s disease as well as susceptibly to COVID-19 infection. These strain differences in microglia provide potential insight into why the disease-associated microglia have not previously aligned well between B6 mice and human patients.

The findings indicate that microglial response is not consistent across the strains, even with nearly identical environmental conditions and disease status. It is likely that human patient populations have far greater disparities in microglial function caused by genetic and environmental variations between individuals.