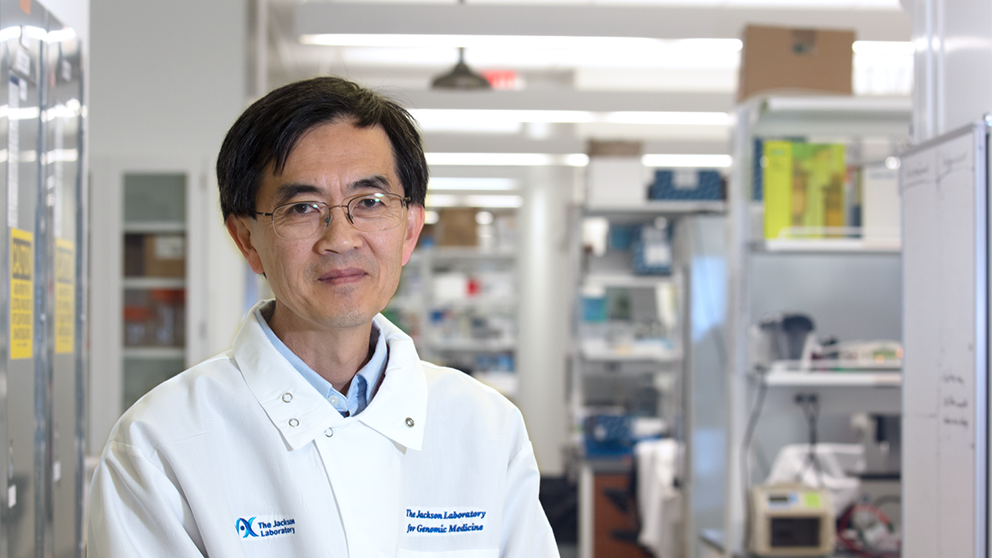 Not so long ago, in the galaxy we call home, JAX sent its “Mighty Mice” into space to help researchers better understand the impact of microgravity on muscle and bone degeneration.

For this work, Lee has been awarded the prestigious 2020 International Space Station Research Development Conference (ISSRDC) Award. This honor is bestowed by the Center for Advancement of Science in Space, Inc., NASA, and the American Astronautical Society to individuals, like Lee, who have pushed the boundaries of space-based research. Lee was presented the award virtually during a conference in August 2021.

The mission that sent Lee’s genetically engineered mice to the International Space Station charted new frontiers in muscle research. The compelling  Mighty Mice stay mighty in spaceIn a paper published in the Proceedings of the National Academy of Sciences, researchers show that JAX Mighty Mice stayed relatively mighty during their time in microgravity, while the normal control mice lost considerable muscle mass and bone density. results found that the Mighty Mice did, indeed, stay mighty in microgravity. This research has important implications for potential therapeutic strategies for space exploration and recovery after returning to gravity, as well as for earthbound people suffering from disuse atrophy.

In addition to his research studies at The Jackson Laboratory for Genomic Medicine, Lee is a joint-faculty member at UConn School of Medicine and Presidential Distinguished Professor of Genetics and Genome Sciences at UConn. Lee’s Mighty Mice in Space program is among five other research projects awarded with ISSRDC awards in 2020.