During a recent JAXtaposition event, JAX professor Elissa Chesler, Ph.D.Researches the genetics underlying behavior and identifies the biological basis for relationships among behavioral traits.Elissa Chesler Ph.D., shared how her studies of behavioral traits in mice are contributing to her ultimate research goal of improving outcomes for people with addiction.

“The problem with addiction is that it's a disease of not being able to use drugs as prescribed,” said Chesler, who has been studying the foundations of addiction for over 15 years. “We really stigmatize those that have addiction, and it is a brain disease. It is a biological condition that affects the ability to use drugs in a controlled fashion.”

An epidemic amidst a pandemic

Chesler said that unfortunately, despite massive progress, we have lost a lot of ground in treating the opioid crisis recently due to the coronavirus pandemic.

“Unfortunately, as people became isolated in the pandemic, many of them have increased their use of drugs and alcohol, and many who had been seeking help lost access to that help,” she said. “Many who were on medication-assisted treatments had very significant changes in how those treatments were prescribed, what quantities, and at what frequency. In this disease, which is, in many ways, a disease of loneliness and isolation, people ended up finding themselves very isolated.” Chesler said that over 40 states have reported an increase in overdose deaths due to the pandemic.

A major challenge that Chesler is undertaking is identifying the factors or conditions that lead some individuals to be susceptible to developing an addiction and other individuals to be protected from that phenomenon. For example, the likelihood of addiction depends on the drug itself -- 67% of nicotine users are likely to become addicted to nicotine, while approximately one-fifth of people who use alcohol become addicted.

“There's a pervasive perception that some of these drugs are barely or not addictive, but actually, for some fraction of the population, they certainly are,” she said.

The role of genetics in addiction

“We know that genetics explains a huge portion of addiction vulnerability,” said Chesler. As a mouse geneticist, Chesler can use biological variation in laboratory mice to find the biological mechanisms that are responsible for developing that addiction-related behavior. “I can actually characterize what are the mechanisms in the brain, in the genome, and in other physiological aspects of drug metabolism and hormonal states, that make some individuals vulnerable to compulsive drug use and other individuals protected from that, given exposure to the drug,” she said.

Over the past couple of decades, Chesler and colleagues have worked to unlock genetic diversity in mice. Working with geneticists worldwide, she developed a new population that brings together the genomes of eight different wild-derived and common laboratory strains, creating a new mouse population with millions of genetic variants. “By studying this population, we actually get out of the bottlenecked breeding history of laboratory mice and can use a phenomenal amount of genetic diversity, more than there is the human population, to study perturbations in every single biological mechanism through a variation in every gene in the genome,” she said.

The value of mouse studies in this context is that researchers can conduct a controlled experiment that explores how members of a given population responds to an exposure to a drug compared to genetically identical individuals that are not exposed to the drug. “This is something that simply can't be done in people,” Chesler said. “All people are different, they live in different environments, there are different drugs available on their street corners, and there are many different life stressors. But we can actually study this population of mice very systematically to understand how genetic variation influences their behavior under many different conditions.”

The researchers created another population called the Diversity Outbred population. “This is a remarkable resource,” Chesler said. “We kept intercrossing these eight strains of mice, and it's given us an extremely high precision population. So now, when we are trying to study genetics, we have high precision with which we can correlate different genetic variants from the different founder strains with behavior.”

Chesler and her team compared outcomes of these different strains of mice on phenomena related to opioid use and respiratory depression. In males and females across all eight strains of mice, they found phenomenal genetic differences in susceptibility to overdose in these strains. That meant that they were then able to use the Diversity Outbred population  Preventing overdose deathsMaking better rescue treatments by finding the genetic variations that raise the risk of deadly opioid overdose.to find genes that influence overdose .

Going forward, as the researchers assemble more and more of the genes involved in overdose pathways, they hope to start looking at how they vary in the human population and whether those are predictive of vulnerability to overdose. “You might say, collectively, these could be risk factors that would contraindicate the use of opioids in the treatment of individuals. And that's a far-into-the-future objective, but in the near term, we've now got new things to examine from a drug discovery perspective,” Chesler said.

“The nature of addiction is the compulsive use of drugs despite harm, despite warnings, despite pleading, and this is the problem,” said Chesler. “What we want to do is learn more about this condition and learn more about what the biological conditions are that are conducive to making behavioral change so that we can assist people in that activity.”

One of the benefits of working at The Jackson Laboratory, Chesler says, is access to new mouse populations and the ability to work with them at scale. “At JAX, we have access to people with more knowledge about the laboratory mouse than any other place in the world,” she said. “There's phenomenal expertise in the use of the laboratory mouse, and the ability to study those populations in the kinds of scale that we need to do quality genetic mapping studies.”

Chesler was able to establish large behavioral phenotyping facilities so that she can study multiple behaviors in multiple populations of mice, and then perform genetic, genomic, and ultimately neurobiological characterization of these populations. A massive amount of data is then generated from these studies.

“We're looking at the expression of tens of thousands of genes in the brains of these mice, genetic states at hundreds of thousands of markers across the genome, and behaviors collected on multiple behavioral assays over multiple days in multiple different tests,” Chesler said.

This work allowed her to bring other addiction behavioral scientists to work together with investigators  at JAX, resulting in the creation of the Center for Systems Neurogenetics of Addiction. The researchers use populations on-site at JAX to characterize simultaneously multiple aspects of addiction-related behavior, like impulsivity, drug response, and the brain's adaptation to that repeated drug exposure. “All of these behaviors are related to one another and related to addiction, and the vulnerability to drug use is predicted, in many ways, by other behaviors. We see, in people, that impulse control, also a heritable trait, is associated with drug self-administration or addiction vulnerability,” she said.

The Chesler lab is looking at over 45 million genetic perturbations, multiple environmental conditions, drug exposures, and other factors to see how they interact together to influence the underlying molecular and biological processes occurring in the brain and the body, and how those are associated with behavioral traits that we know are interrelated with one another. “We can actually say, because of variation in this biological mechanism, a mouse is more reactive to stimuli and more prone to alcohol consumption, and we can find the genes that are leading to that vulnerability,” she said.

Aspirations for the Chesler lab

“My overall goal is to understand and bring understanding of the biology of addiction to the affected community,” said Chesler. “We may or may not find a cure. We hope we find the answers, but we know that we can help people better understand themselves and better understand the people around them. This can inform a lot of activities, from prescribing practices to preventive interventions with adolescents.”

Chesler also hopes her research can influence social policy, including how people understand their own diseases. “When I've got two mice in my lab, one that drinks more alcohol than others, its offspring will drink more alcohol. I can actually tell you what the gene is that's involved in that particular strain of mice and why that strain of mouse is drinking more alcohol,” she explained. “None of those mice are trying to be difficult. They're not bad people. And actually, incarcerating the mouse isn't going to positively change its behavior. These are things that we can learn from as we try to grapple with the epidemic of addiction.”

Her long-term aspirations are to continue to make discoveries that provide insights into the condition. “We know the immediate value is in simply providing the insight, and that's something that I hope we continue to do,” she said. 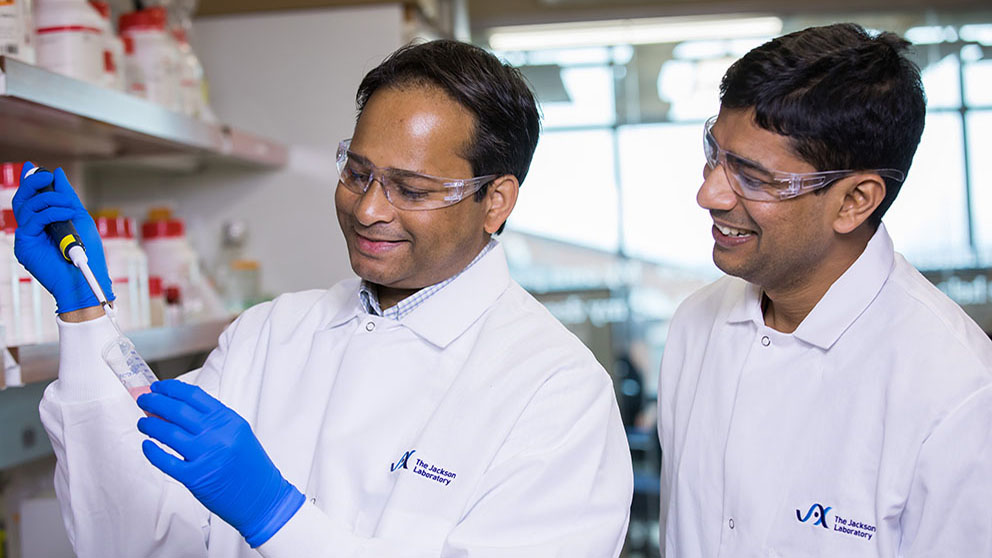 The overarching goal of my NIH-funded research program is to understand the neural control of appetite and how diet and body weight affect the excitability of the neurons in...