To understand microbiome dynamics, it’s important to identify not only which microbial species are present in a given sample, but also to determine their growth rates. In a paper in Science Advances, Julia Oh presents a new method, strain-level estimation of growth rate (SMEG), that goes even further. It determines the growth rates of bacterial strains, and was validated by applying it to microbial datasets with known strain compositions. 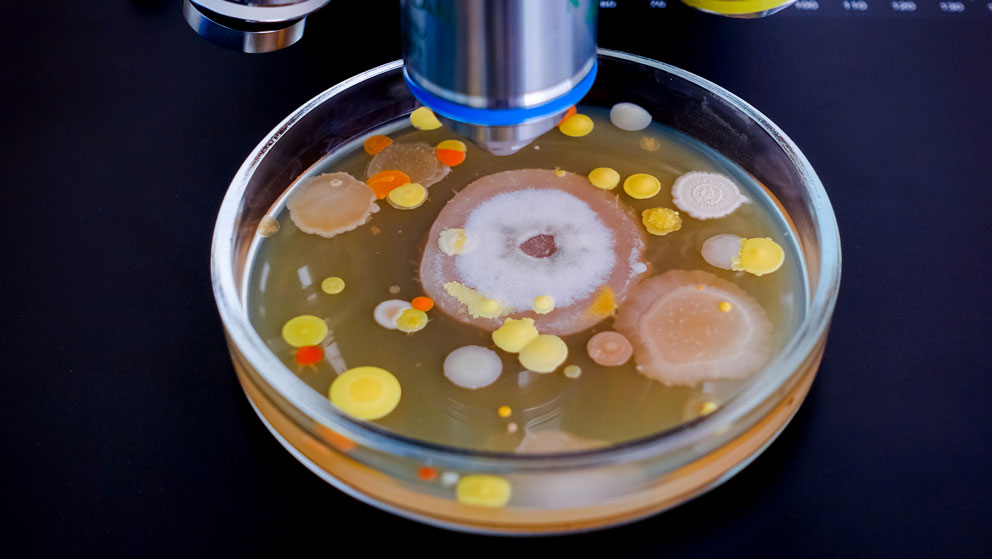 Figuring out which microbes live within and on our bodies and in our environments is an important part of determining how the microbiome influences our health.

It’s difficult to pick out and identify particular species in samples that contain many of them, however. With the advent of advanced sequencing technologies, researchers have been able to develop sequencing-based protocols to characterize microbial diversity and abundance. Called metagenomics, these methods are used to isolate and sequence all the genetic material within a sample, then map them back to microbial reference genomes to identify what’s present in a given sample.

In addition to species presence and relative proportions, it’s also important to determine which species are growing quickly and which may be stable or in decline. Recently developed tools can estimate growth rates by measuring which genomic regions are in the highest abundance for a particular species. If many copies are from where genome replication originates, it indicates a quickly dividing and growing species. On the other hand, if more copies are from the replication terminus region, the species is inferred to be stable or slower growing. Now, a team led by Jackson Laboratory (JAX) Assistant Professor Julia Oh, Ph.D., and Postdoctoral Associate Akintunde Emiola, Ph.D., have taken these inquiries one step further with a tool that can estimate the growth rates of bacterial subspecies, or strains, within a single species.

The Oh LabThe Oh Lab studies the human microbiome for its potential to deliver treatments for infectious and other diseases. (Image by Alex Valm, NHGRI)the-oh-lab

In a paper published in Science Advances, Oh and her colleagues present a strain-level estimation of growth rate (SMEG) method for inferring the growth rates of bacterial strains. The method uses the small differences in the strain genomes, known as single nucleotide polymorphisms, or SNPs, to identify unique strain clusters. It then calculates the coverage at each cluster’s unique SNP site in the metagenomic data to estimate growth rates.

SMEG was validated by applying it to datasets with known strain compositions. Among them were 45 gut metagenomes from a 2011 outbreak of toxic E. coli. SMEG correctly identified the outbreak strain cluster, which contained Shiga toxin genes, and the samples in which it was actively replicating. It was also used to identify a strain of Akkermansia muciniphila (A. muciniphila) that occurred more frequently in cancer immunotherapy responders than non-responders in a patient cohort, an association not previously made for a specific A. muciniphila strain. SMEG, therefore, provides the ability to characterize new insights into microbial interactions and disease associations at the strain level.

Here is a title

New research shows that the presence of Odoribacter in the gut alters sleep patterns differently in mice depending on their genetic background.

To assess how microbial species are derived and their importance, a team led by JAX Assistant Professor Julia Oh took a hard look at …