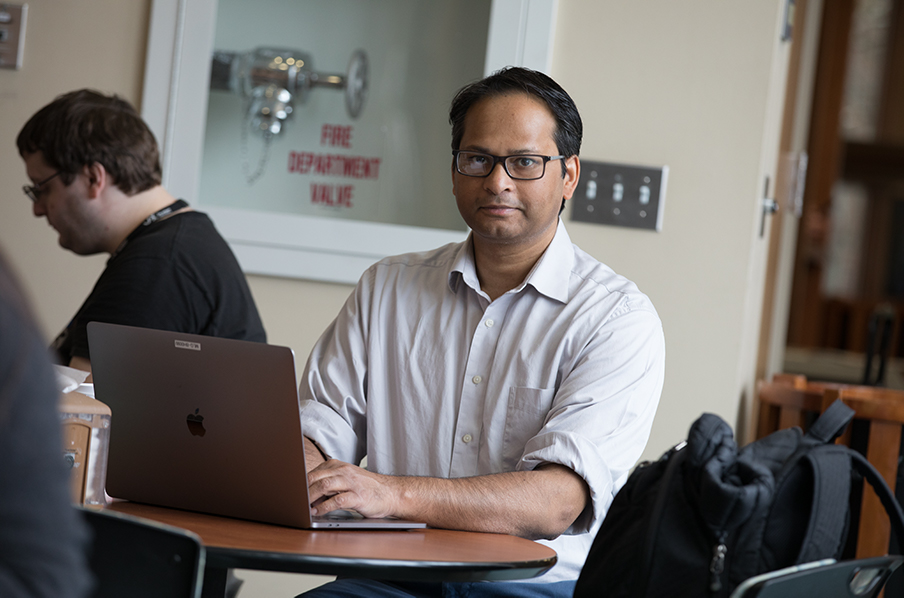 The need for new and better treatments for addiction has never been greater. As the New York Times recently reported, drug deaths in America rose to a record 71,999 in 2019 and are continuing to climb, “a resurgence that is being complicated and perhaps worsened by the coronavirus pandemic.”

Beyond direct overdose deaths, addiction-related health issues cause some 590,000 deaths and 40 million illnesses or injuries each year in the U.S. The economic, personal and social burden to the nation is estimated at about $600 billion.

While the progression to addiction is a complex process and depends on many factors, including environment, says addiction researcher  Vivek Kumar, Ph.D.Understand the genetic and neurobiological basis of complex behaviors that are important in psychiatric conditions such as addiction, ADHD, and depression using genomic, neural circuit, and computational tools.Vivek Kumar, Ph.D. , “the propensity to become addicted to drugs of abuse is strongly influenced by genetics.”

The genetics of drug abuse

The National Institute on Drug Abuse has awarded Kumar, an assistant professor at The Jackson Laboratory (JAX), an exploratory grant of $212,500 to identify genetic pathways involved in addiction behaviors. Using precise genome editing in mice, Kumar’s lab will produce new mouse models of addiction that can serve as platforms to find novel therapeutic targets.

Kumar’s lab had previously identified a gene (Cyfip2) in mice as a regulator of responses to cocaine. Under the new grant, they will generate five new mouse models with variations in Cyfip2 using CRISPR/Cas9 gene editing technology. If successful, these models will be characterized in a subsequent grant. The researchers will test the reward behavior in these models, including their response to cocaine and voluntary self-administration of cocaine, and correlate that behavior with measurements of their brains’ biochemical interactions. The goal is to identify the important signaling pathways for addiction behaviors.

“The successful completion of this project will yield five preclinical mouse models of addiction transition for the scientific community,” Kumar says, “as well as information about specific signaling pathways that are critical for transition to addiction and that can be targeted for therapy.”