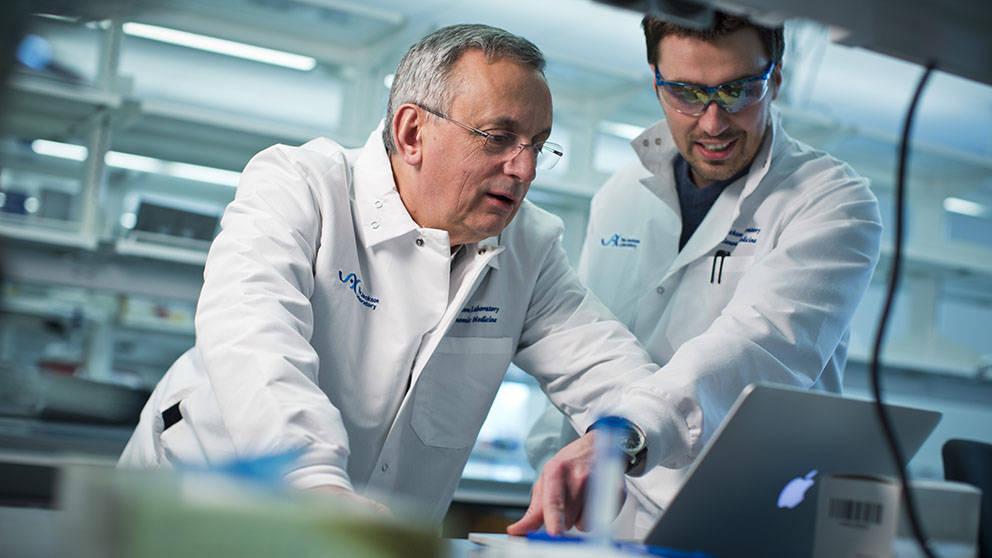 Systemic lupus erythematosus (SLE), the most common type of lupus, is an autoimmune disease that affects a variety of tissues, including joints, skin, brain and kidneys. It is difficult to diagnose, has unknown cause(s), is treated with non-specific immunosuppression and there is no cure. Indeed, only one new drug to treat SLE has been approved over the past 60 years. Young (age 15-44) women are at greatest risk, but even within this group there is broad variability in symptoms and severity, ranging from mild to life-threatening.

It was the first study to comprehensively compare SLE samples from both children and adults.

The unknowns surrounding SLE are beginning to be better understood, however. Scientists are applying modern methods to understand what causes immune system dysfunction in SLE, why the disease varies so much between patients, and what molecular pathways can be targeted for therapy. A significant study has now been published in Nature Immunology, “Mapping systemic lupus erythematosus heterogeneity at the single-cell level,” which provides a comprehensive look at the gene expression signatures found in SLE and how they may contribute to SLE pathogenesis.

“This was a huge effort across several institutions,” says Banchereau. “It was also the first study to comprehensively compare SLE samples from both children and adults.”

The results revealed a distinctive interferon signature with altered gene expression in subpopulations of cells across a wide variety of blood cell types. While interferon dysregulation has long been associated with SLE, the single-cell genomic profiling in this study mapped increased expression of interferon-stimulated genes (ISGs) to unique blood cell populations. Importantly, it confirmed that the gene expression signatures are similar in both children and adults with SLE. The study also showed that the interferon signature is more prominent in more severe cases.

Also, while most lupus cases do not follow a Mendelian pattern of inheritance, rare cases are caused by genetic mutations in any one of about a dozen genes. Interestingly, the study found expression of that group of genes in small subsets of dendritic cells, which function to sensitize the immune system to outside antigens and protect against autoimmunity.

“That was a surprise,” says Banchereau. “These data reveal a more important connection, than previously thought, between dendritic cells and SLE pathogenesis.”

“We have been investigating this story for more than 20 years,” says Banchereau. “And now, especially within the last two years, we’re seeing significant progress being made for the benefit of SLE patients.”