How does CHIP raise risk for blood diseases? 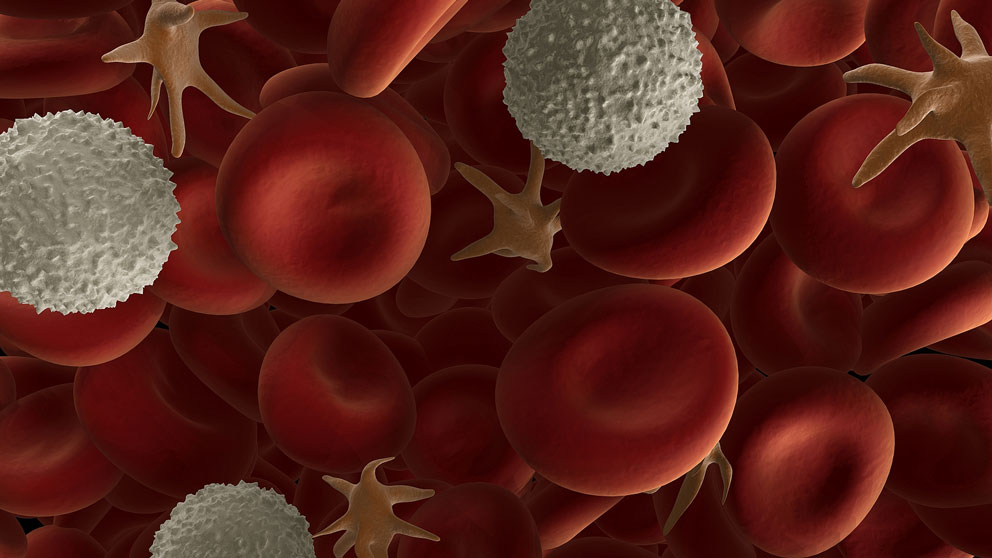 It’s a fact of life: As we age, mutations happen. The longer we live, the more genetic changes accumulate in our cells. In older people, mutations in the bone marrow (which make all blood and bone marrow cells) can lead to clonal hematopoiesis of indeterminant potential (CHIP), a recently identified condition that raises the risk of blood diseases.

“It’s estimated now that everyone over the age of 50 — and maybe even 40 — is carrying stem cells with these mutations,” says Jackson Laboratory (JAX) Associate Professor Jennifer Trowbridge, Ph.D.Researches regulation of stem cells in the blood in normal development, aging and leukemia transformation.Jennifer Trowbridge. “And that puts them at higher risk as they age of developing blood disorders, including blood cancer, and also cardiovascular disease and atherosclerosis.”

That sounds scary, Trowbridge says, “but actually, most people can carry these mutations and live out a normal lifespan without any problems in their blood or immune systems.” The very name of the condition contains the term “indeterminate potential,” she notes, “and the name implies we don’t really yet know for any particular person how risky it is.”

According to Trowbridge, CHIP can be easily detected using next-generation sequencing. However, there are currently no methods to identify individuals in which CHIP will progress to hematologic disorder, and no therapies to prevent this progression.

The National Institute on Aging has made a five-year grant totaling $2,386,782 to Trowbridge to develop new approaches to extend the production of healthy cells in the bone marrow during aging, and to prevent the progression of CHIP to aging-related hematologic disorders.

Vital to this research project is a novel mouse that models CHIP development in humans. The Trowbridge lab has already shown that an age-related increase in the concentration in the bone marrow environment of pro-inflammatory molecules called cytokines accelerates CHIP expansion and progression.

Besides studying this mechanism with experiments, the Trowbridge lab will be testing whether inhibiting the inflammatory pathways with drugs can prevent the diseases associated with CHIP. “Can you change the environment so that you can you stop those mutated stem cells from having that selective advantage?” If that turns out to be accurate, she says, “then certain anti-inflammatory drugs might be very useful in reducing the risk of people with CHIP to develop a blood disorder, blood cancer, or cardiovascular disease.”