Distinguished biomedical engineer and researcher comes to The Jackson Laboratory

There are scientists who make a name for themselves by focusing intently on specific biomedical questions. Then there are those who build research tools and infrastructure shared by the worldwide research community. Still others invest energy in training and mentoring the next generation of scientists and building collaborations with other researchers.

Andy Greene, Ph.D.Studies the role of progenitor cells in cardiovascular remodeling. Develops tools for research in Protein Science.Andy Greene, Ph.D., is all of these. He has joined the faculty of The Jackson Laboratory as a professor, and also as director of a new proteomics service. “My lab seeks to expand collaborative, programmatic basic and clinical research programs and bridge basic science, engineering and medicine,” he says. 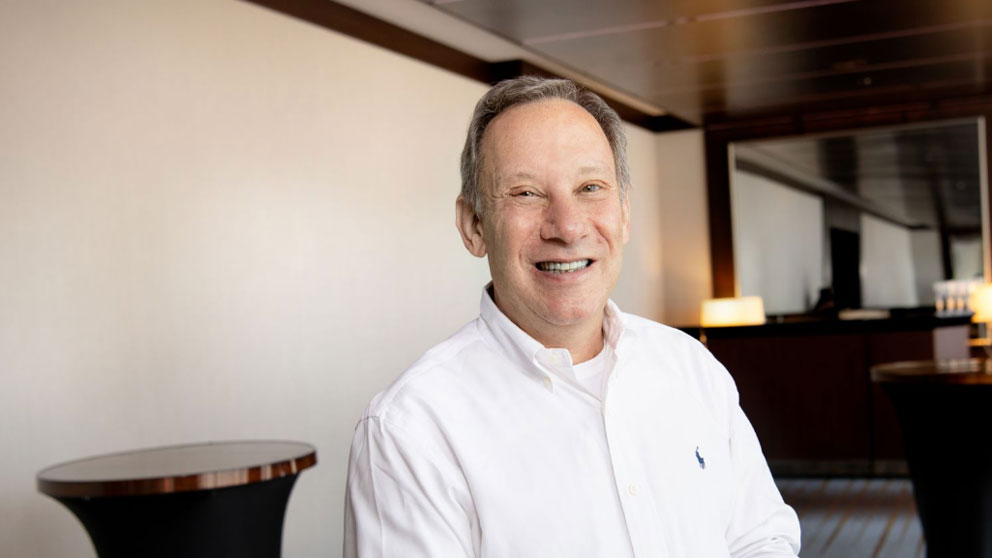 Greene is a leading authority in the formation and loss of blood vessels (angiogenesis and microvascular rarefaction, respectively) in adult humans and other animals. A biomedical engineer by training, he is also an expert in proteomics and protein chemistry, fields that are essential both to basic biomedical research and the development of new drugs and vaccines.

He joins JAX from the Medical College of Wisconsin (MCW), where he has been since taking a postdoctoral fellowship in 1985 after earning his Ph.D. in biomedical engineering at The Johns Hopkins University School of Medicine. Besides his faculty positions at MCW, Greene founded and directed the MCW’s Biotechnology and Bioengineering Center, Physiology Research Services and Innovation Center. During his MCW career he also held faculty positions at the University of Wisconsin-Milwaukee and Marquette University in Milwaukee, and was a visiting professor at Sao Paulo University in Brazil and Semmelweis University in Hungary.

The common theme of Greene’s career has been participation in and development of innovative and collaborative research and teaching programs. As the principal investigator of a large, multi-institutional effort to develop a national proteomics center, he says, “the chance to apply mass spectrometry to biological problems for the first time was like a dream come true for me. We were able to build an entire center around that, hire a bunch of people and build collaborations all over the country.”

Greene has many long-standing connections with JAX, having served on the faculty of the  Human and Mammalian Genetics and Genomics: The McKusick Short CourseThis course includes daily lectures in the mornings and evenings as well as afternoon mini-symposia, workshops, tutorials, demonstrations and a poster session. There is special emphasis on student-faculty interaction. The faculty is diverse in terms of disciplines and the students in terms of stage of career and fields of concentration. This diversity makes for an enriching experience for all. Although the course schedule is quite full, there is time set aside to enjoy the natural beauty of Mt. Desert Island and Acadia National Park.McKusick Short Course on genetics and genomics that is held every summer at the JAX headquarters campus in Bar Harbor, Maine. “So I already knew the place, and I got to know a lot of people on the faculty here. And when my former postdoc, [JAX Associate Professor] Catherine Kaczorowski, Ph.D.Identify early causative events that underlie cognitive deficits associated with ‘normal’ aging and Alzheimer’s diseaseCatherine had an opportunity to take a position here, I strongly encouraged that because I thought the collaborative environment was a great fit for her.”

He says it was “the possibility of continuing my commitment to mentoring, teaching and research” that inspired him to make the move to JAX.

The move also means a change in the animal models Greene studies. “MCW is as well known in biomedical research circles for its work with rats as JAX is for the laboratory mouse,” he says. “I'm excited to be able to work on mice because actually there are some really novel things that we can do that we couldn't do before.”

Greene cites JAX expansion, including JAX Genomic Medicine in Farmington, Conn., and initiatives in China, as “super-exciting.” But his number-one reason for coming to JAX, he says, “is all about the people. There are fantastic, world-class scientists here. And there’s a genuine, positive spirit of excitement here, which I see in everybody from the administrative assistants to the president and CEO, Ed Liu.”

Andy Greene shares a name with the New Jersey Devils hockey team captain, and though his athletic interests may be more along the lines of running with his three dogs, the “team leader” analogy is hard to miss.