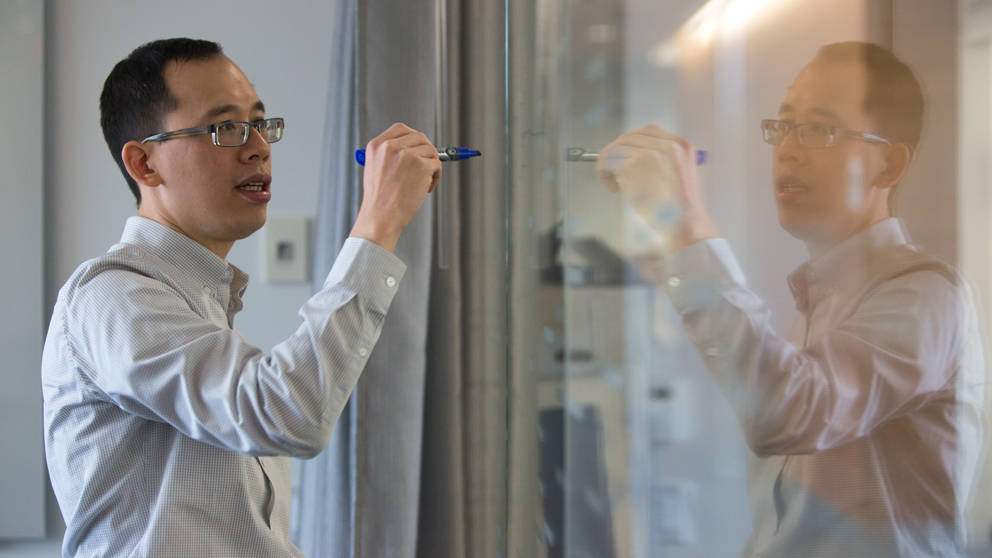 Cancer cells behave in much the same way as an invasive species on an island, and the efforts to eradicate those species can inform the development of cancer therapies.

When you think about it, an invasive species in an ecosystem resembles cancer cells in a body. They’re similar to the native fauna/flora, but they are able to outcompete them. If left unchecked, their population can explode and, in turn, they can destroy the health of the environment. And they are hard to remove without negatively affecting native species.

There are important differences between the two populations, of course. Cancer cells usually vastly outnumber even the most prolific of invasive species, and they also evolve and develop resistance to eradication far more rapidly. In part because of these factors, the success rates for front-line cancer therapies have thus far lagged behind invasive species eradication efforts. Nonetheless, the epidemiological similarities between cancer and efforts to curb or eradicate invasive species extend to aspects of invasion, growth, spread, treatment and outcome.

How can the comparison help inform cancer therapy development? One area of interest is a burgeoning idea the team has called “heterogeneity engineering,” in which the distribution of subpopulations within a larger population (of invasive species or cancer cells) can be engineered to induce desired growth behaviors. In the invasive species field, a version of heterogeneity engineering that has been considered recently is gene drives, in which an organism’s DNA is genetically engineered for dis-advantageous, perhaps lethal traits. The advent of CRISPR/Cas has made such engineering plausible, with the potential for gene drives to spread rapidly through a population, though ripple effects (e.g., the impact on the larger ecosystem if an invasive species is eliminated) are an important concern. Less obtrusive versions of heterogeneity engineering are also possible, e.g. in which a balance between two subpopulations is created to limit overall growth.

In cancer, the idea would be to engineer cells that have traits that are advantageous up front but targetable later. Therefore, the engineered sub-population would initially outcompete other cells, but could be readily knocked down later, perhaps in multiple cycles. More sophisticated manipulation of intratumoral heterogeneity in which cellular subpopulation dynamics can be triggered by external agents may also be possible, making them less able to evade immune response and/or develop chemotherapy resistance. Targeting all the subpopulations at once will remain a significant challenge in this area, however.

These ideas are closely related to the development of big data approaches to assessing the environment. Data mining for both cancer microenvironment and ecological macroscopic ecosystems are now leading to better predictions for how both invasive entities will grow and potentially spread. Instead of forests and coral reefs, cancer researchers must assess tumor regions with specific phenotypes, including stromal and vascular features. Better data on environmental-growth associations will allow better design of heterogeneity engineering strategies to limit invasive species and tumor growth.