Zooming in on the brain: Developing new tools to study how our brains are wired 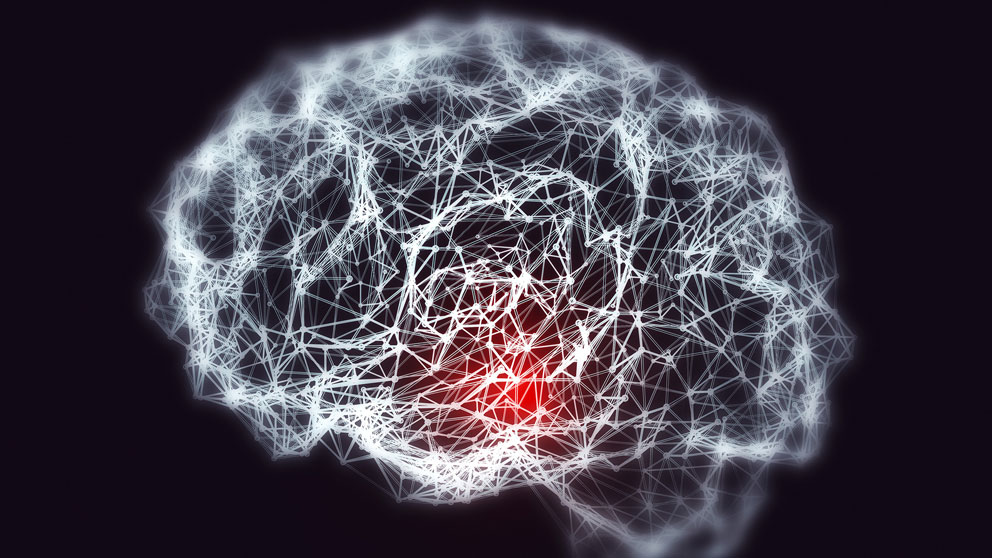 Bloss has joined faculty at The Jackson Laboratory (JAX) headquarters in Bar Harbor, Maine, as an assistant professor. He researches the wiring of neuronal circuits in the hippocampus — a brain structure that is essential to learning and memory, and that is vulnerable to the ravages of neurodegenerative diseases such as Alzheimer’s.

Bloss brings with him high-resolution instruments that he used to develop pioneering techniques for imaging neurons as a research scientist in the laboratory of Nelson Spruston at the Howard Hughes Medical Institute’s Janelia Research Campus in Ashburn, Va. “This technology allows me to actually see the organization of how two neuron types connect to each other,” he says.

The organizing principles obtained by this high-resolution imaging enable stronger hypotheses about the overall function of neuronal circuits in the hippocampus, Bloss says. In fact, the Janelia group found that different neuronal cell types are wired to each other in different ways, observing either highly structured or random forms of connectivity. The striking precision in the wiring patterns between some cell types immediately suggested important functional consequences for the way in which information is processed within the circuit.

Bloss says his current goal is to marry advanced imaging technology with the genetic tools of JAX to gain insights into Alzheimer’s and other neurodegenerative diseases, as well as normal brain function. “We can explore how mutations in the genome that lead to diseases might actually involve changes to the structure of individual neurons and individual connections.”

He is already lining up collaborations with JAX researchers, including the faculty of an initiative to   JAX Center for Alzheimer's and Dementia ResearchTo understand disease mechanisms and ultimately develop effective therapies for AD, it is essential we apply state-of-the-art approaches to generate the next generation of more predictive animal models and make these models widely available to the AD research community. develop and characterize new mouse models of Alzheimer’s disease . “We can look at promising new models and say, okay, what’s under the hood here? We think this model accurately mimics the human condition, but how can we better assess that?”

Bloss is a New Jersey native who says his interest in science was sparked during the long recuperation from  a bad downhill skiing accident in his junior year of college. After graduating from the University of Colorado with a B.A. in psychology and biology, he landed a research technician job at Rockefeller University in New York in the lab of renowned neuroscientist Bruce McEwen.

He then earned his Ph.D. at Mount Sinai School of Medicine in New York, under the mentorship of neuroscientist John Morrison, and moved to Janelia, first as a postdoctoral fellow and advancing to research scientist.

Bloss says he was drawn to JAX because, as a private nonprofit institution as opposed to a university or government entity, “JAX is able to move very quickly into new research areas.”

And after years spent in New York and suburban Virginia, he and his wife are looking forward to living in Bar Harbor for the outdoor activities as well as small-town life. “Bar Harbor is a fascinating place,” he says.