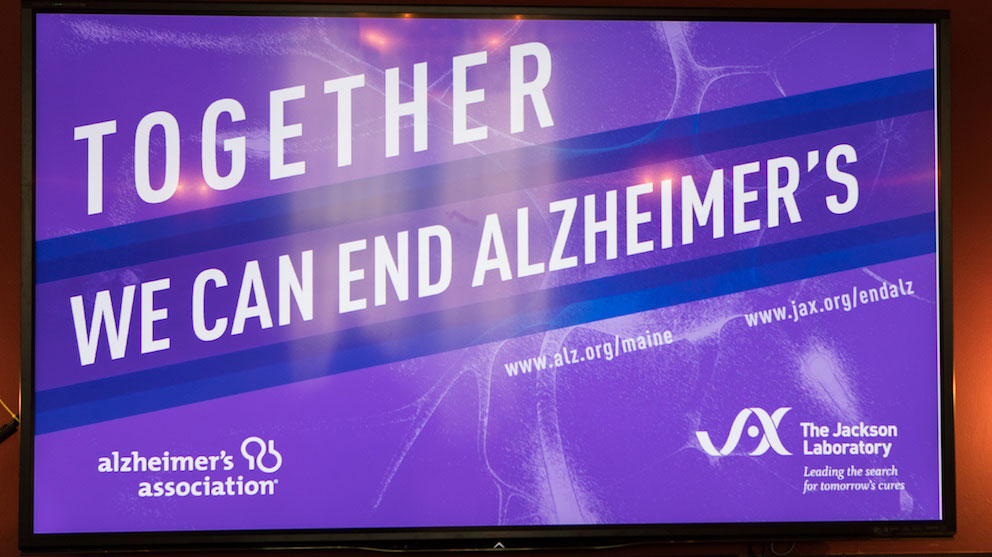 In past decades, most AD researchers had to rely on mouse models that carried a genetic mutation associated with the relatively rare, early-onset, familial version of the disease. But at least 95 percent of the more than 5.4 million Alzheimer’s patients in the U.S. have the late-onset version of the disease, which has not yet been successfully modeled in mice.

Enter MODEL-AD (which stands for Model Organism Development and Evaluation for Late-onset AD), a joint program of the Indiana University School of Medicine (IU), The Jackson Laboratory (JAX), Sage Bionetworks and the University of California, Irvine. MODEL-AD was launched in September 2016 by a five-year grant totaling $25 million from the National Institute on Aging, to address the critical lack of precision mouse models for late-onset AD.

“This effort is all about creating and sharing the mouse and data resources and protocols that research, pharma and biotech need for preclinical AD drug development,” says Bruce Lamb, Ph.D., executive director of IU’s Stark Neurosciences Research Institute, a principal investigator of MODEL-AD and a member of the Alzheimer’s Association Medical and Scientific Advisory Council.

In addition to AD mouse model development, MODEL-AD is working to establish standardized and rigorous processes for the characterization and preclinical testing of animal models, and to align the pathophysiological features of AD models with corresponding stages of clinical disease using translatable biomarkers.

“MODEL-AD would not have been possible even five years ago,” says JAX Research Scientist Michael Sasner, Ph.D. “Patient genetic testing, now commonplace, has generated massive databases to mine for gene variants associated with late-onset AD. CRISPR/Cas9 technology enables us to quickly create new mouse models with precise genetic mutations — even multiple mutations in a single mouse. And we now have a wide range of –omics, biomarker, and imaging technologies to evaluate how well a given mouse models late-onset AD.”

The project’s leaders expect to create more than 40 new mouse models based on human data sets, screen more than 24 models including deep phenotyping of at least eight new models, and establish a preclinical testing pipeline.

MODEL-AD has already created and made available models with humanized mutations in the strongest genetic risk factors for late-onset AD, including APOE ε4 and Trem2.

The new mouse models express variants at genetic loci that have been associated with late-onset AD, but have not yet been proven to be causative: ABCA7, CEACAM1, IL1RAP and PLCG2. These have been created on an APOEε4 and mutant Trem2 genetic background, to increase the chances of demonstrating Alzheimer’s-like characteristics.  The animals are being made available immediately to the worldwide scientific community, to expedite new research efforts.