The quantified self, weight fluctuation and insulin resistance 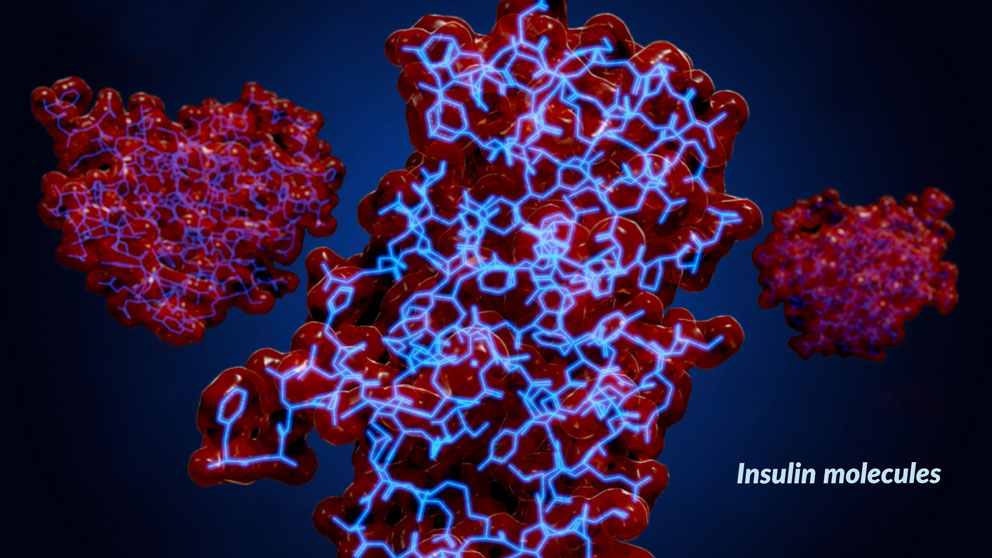 Researchers recently dove deeper into the biology of human weight fluctuation and insulin resistance than ever before.

Actually, by some parameters, it was quite a small, proof-of-concept kind of experiment. Only 23 subjects, about half insulin resistant, half not, stuck it out until the end. Also, it covered weight gain — and loss — over a period of little more than six months. Obviously, there is likely more variation and more information to be found by following larger populations for a longer period of time.

In other ways, however, it was a massive undertaking. As presented in a recent paper in Cell Systems, the study gathered and measured exome sequence, transcriptomic (RNA sequencing), proteomic, metabolomic and microbiomic data from 90 separate time points. In all, the research team, led by Michael Snyder, Ph.D., and Tracey McLaughlin, M.D., of Stanford University, and George Weinstock, Ph.D., of JAX Genomic Medicine, analyzed more than 2 million unique data points. Along the way, they found biochemical changes during weight gain, some of which persisted even after subsequent weight loss. They also identified data signatures associated with insulin resistance, a key factor in type 2 diabetes.

The subjects were all overweight to moderately obese (BMI 25-35) at the beginning. For a month they ate a high-calorie diet, gaining an average of about six pounds, maintained the weight for a week, then consumed a calorie-restricted diet to return to their initial weight over a two-month period. Samples were obtained from the subjects for the last time three months after the end of the weight loss period. Weight gain led to significant changes in expression for more than 300 genes, with many associated with lipid metabolism, as might be expected. A large number of inflammatory response genes also showed increased expression, however, indicating a stress response to the weight gain. Perhaps even more alarming were the increases for genes associated with dilated cardiomyopathy, a finding that hints at a mechanism for the observed increase in heart disease risk following weight gain.

While most (about two-thirds) of the genes returned to baseline expression levels following weight loss, including those associated with inflammation, some metabolic pathways exhibited long-lasting effects, even months after the weight was lost. Also, the researchers observed differences in the metabolomics profiles of the insulin resistant (IR) versus insulin sensitive (IS) individuals. Given the role that insulin resistance plays in type 2 diabetes, using such data to predict changes in at-risk people is of potentially high clinical value. Indeed, the researchers suggest investigating this aspect of the study in significantly larger cohorts moving forward.

The study also explored changes to the gut microbiome during the changes to diet and weight, as well as how microbial species differed between IR and IS subjects. They again found intriguing differences between the two groups, including populations of bacteria that are associated with glucose metabolism, weight gain, dietary fiber, and more that had a strong positive correlation with IR subjects and negative with IS. Specific microbes also correlated with host metabolites, indicating they contribute to differences in metabolism in their hosts. The findings suggest that IR individuals possess a unique microbiome that contributes to their disease pathology.

Obesity and type 2 diabetes are significant health issues in western cultures, but their genetic complexities and environmental influences make them particularly difficult to predict, prevent and/or treat. This study provides a glimpse of the kind of deep analyses and longitudinal profiling that may be necessary to detect the subtle patterns and myriad metabolic contributors associated with the conditions. And it has already yielded intriguing possibilities for further investigation. The data are publicly available and will provide a valuable resource for continued development of studies that collect and integrate these disparate data to provide a more complete picture of the extensive molecular changes that occur during weight gain and loss and the onset of insulin resistance.