The thoroughly quantified self: Building a personal 'omics profile 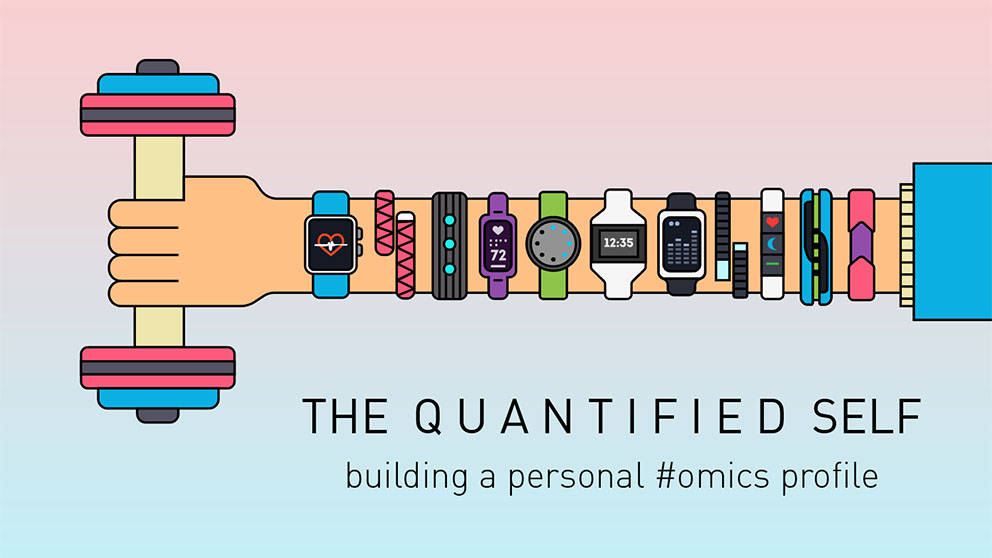 On the path to precision medicine, mice make great experimental subjects, in part because researchers can work with them in, well, very precise ways. They can measure everything about them, even monitoring them 24/7 in special cages. They can choose the variables between mice, or mouse populations, including genetics and environment. The biological insights gained provide the foundation for tailoring therapeutics to individuals.

But how do we translate that insight to humans? How can we be precise about our medicine when everything — genetics, environment, behavior — varies between each person all the time? How can we get our arms around the messiness of our own environments, behaviors and conditions so we can use data from our genomes to best effect?

Measuring our many daily data points

Stanford University’s Michael Snyder, Ph.D., thinks he may have the answer. Snyder made waves several years ago when he took the “quantified self” concept to new frontiers, measuring close to as much about himself as possible at that time. Metabolism, blood chemistry, activity — hundreds and hundreds of data points a day tracked the minutiae of his life and yielded some interesting findings. Now he is widening the scope of the research.

Snyder’s lab is working with 100 healthy volunteers who agreed to provide even more measurements, including a deep dive into their genome sequences. They also gather data continually with wearables and smart phones, including activity and metabolism. In addition, Snyder and his team are looking at as many molecules as they can in blood and urine: the transcriptome (all messenger RNA), the proteome (all proteins), the metabolome (metabolic compounds and by-products), antibody profiles and so on. Finally, they’re monitoring the microbiome at five sites in and on the body.

When good bacteria go bad… our bodies can turn against us.It is a new frontier in human health: Revealing the powers of our own microbes to fundamentally change our understanding of diseases of all kinds.

The healthy volunteer measurements add up to what Snyder calls the iPOP, or individual personal ’omics profile. In all, the project will amass billions of measurements over time. The early returns are intriguing. So far almost 70 subjects have had their genomes thoroughly analyzed, and 11 had gene mutations or variants that merited an even closer look, a much higher frequency than anticipated. Most involve higher susceptibilities to cancer, heart disease, type 2 diabetes and other common, complex diseases, and have led to some changes in their medical care.

Also of note, the constant measurements add up to a baseline of normal function. Day by day people learn what is typical for them, which means deviations from the norm can be informative and, at times, important. For example, Snyder can tell who took a trip in a plane just by their blood oxygen levels, which dip during flights before recovering to normal after. He himself once flew to a conference and felt abnormally fatigued after. His oxygen remained very low and his heart rate elevated, so instead of chalking it up to bad jet lag, he went to a doctor and found he had Lyme disease. With constant measuring it was unmissable, but without the data he would have likely tried to soldier through, at least at first.

There are also related, but more focused research projects under way. In one, Snyder is collaborating with JAX Professor George Weinstock, Ph.D., to investigate type 2 diabetes. As in the iPOP project, they are gathering large amounts of host and microbiome data from 80 subjects, half of whom are pre-diabetic, for three years. The resulting physiology and ’omics data sets will be massive, and Weinstock and Snyder are hoping to tease out patterns that reveal when someone is about to become diabetic before they actually do.

It is a new frontier, but combining baseline biological data, such as our genome sequences, with real-time physiological data could create truly precision medicine. Knowing more about our susceptibilities from our biology is a good start. Establishing true physiological baselines makes possible the detection of even small perturbations in them, providing the ability to respond faster and more proactively. It’s not yet feasible to do this on a wide scale, of course, but the work provides an intriguing look at what may be our data rich medical future.