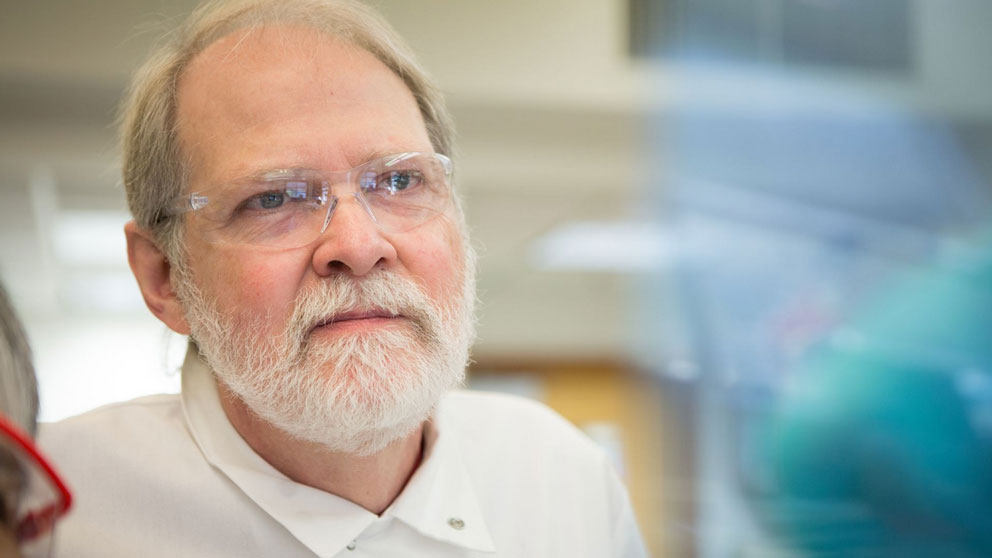 The National Eye Institute has awarded Jackson Laboratory (JAX) Professor Juergen Naggert, Ph.D., a five-year grant totaling $2,187,500 to study genetically controlled breaks in an eye structure known as the external limiting membrane (ELM), which could hold the key to understanding and treating enhanced S-cone syndrome (ESCS) and other diseases of the retina.

Studies in mice have shown a connection between the retinal dysplasia seen in ESCS and breaks in the external limiting membrane (ELM), made up of cell-cell junctions between two cell types in the neuroretina, the Muller glia and photoreceptor cells.

The Naggert lab has identified a genetic modifier that prevents the fragmentation of the ELM in two different mouse models models of ESCS. “This discovery strongly suggests a causative role for the ELM fragmentation in the development of photoreceptor dysplasia,” Naggert says, “and provides a tool with which to establish the mechanisms by which ELM breaks occur, how they lead to retinal dysplasia, and how this affects disease progression.”

The new grant will fund studies in Naggert’s lab to explore the modifier gene’s mechanisms, with the goal of finding new prevention and treatment strategies for ESCS and other retinal diseases associated with dysplasia, such as Leber’s Congenital Amaurosis, and diabetic retinopathy.