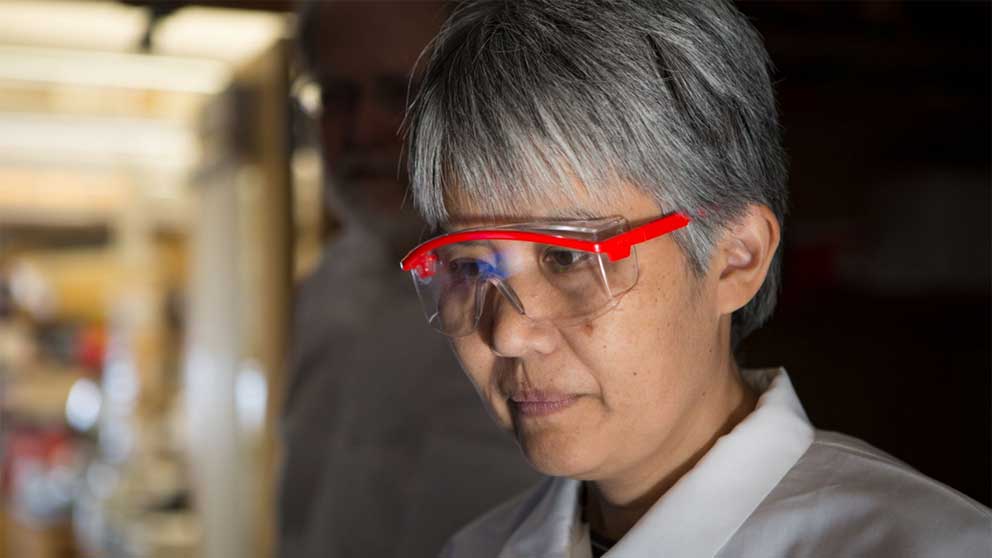 An estimated 200,000 people in the U.S. suffer from vision loss or blindness from heritable retinal disorders, for which effective treatments are unavailable.

“These studies address a critical unmet need,” says JAX Professor Patsy Nishina, Ph.D., “for developing therapies that can target the pre-symptomatic stage to prevent, delay onset or decrease severity of the disease.” Nishina and Mark Krebs, Ph.D., an associate research scientist in her lab, are the principal investigators of the new grant.

The retina is a specialized structure at the back of the eye that detects light. A surprising spectrum of inherited retinal diseases, including retinitis pigmentosa, Leber congenital amaurosis and Coat’s disease, are associated with mutations in the CRB1 gene. This gene provides instructions for making a protein that plays a role in the development and maintenance of retinal cells that are required for normal vision.

Using 12 new mouse models carrying variations in the mouse version of the Crb1 gene and at least one other gene, Nishina and Krebs will explore the possibility that the spectrum of clinical features associated with mutations in the human CRB1 gene is caused by the interaction of additional gene variants together with CRB1. The goal of their research is to identify new detection and therapeutic strategies for inherited retinal disease.

“Animal models provide a unique opportunity to identify modifier genes that may dramatically influence the clinical presentation of inherited diseases,” Krebs notes, “and serve as a resource for studies that cannot be easily or safely conducted in humans, such as detailed analyses of disease pathology and pre-clinical tests of possible therapies.”