What is the scientist's role in precision medicine? 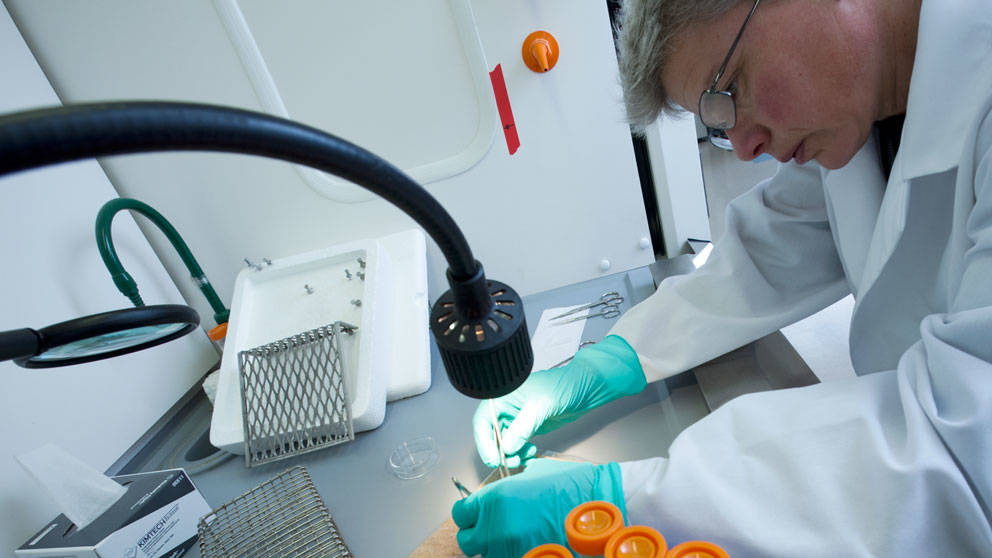 When President Barack Obama launched his Precision Medicine Initiative in early 2015, it was touted as revolutionary: gone was the concept of the ‘average’ patient, for whom most medical care was designed. Now, thanks to great leaps in the field of genomics, the individual genetic makeup of each patient will become a crucial factor in determining how ailments are treated, effectively improving the lives of those for whom ‘one size fits all’ would never provide a cure.

Carol Bult, Ph.D., a professor at The Jackson Laboratory, is one of the many researchers whose work contributes greatly to a future where precision medicine is the norm. Despite the attention it has been given, immediate universal implementation is impossible, given the gaps that still exist in knowledge of human genetics.

Here at The Jackson Laboratory, we’re building the scientific foundation for precision medicine.

“I could sequence your genome and I could sequence my genome — that technology exists — but when I look at all the sequence and I see variance, places where our genome sequence differs, I can’t tell you if that variance is meaningful or not yet in most cases,” Bult says.

The Jackson Laboratory is attempting to bridge the gap by functionalizing genome variance: understanding the consequences of these inconsistencies as they pertain to human health. Though the end goal of the Precision Medicine Initiative is to better the lives of patients, researchers who may never interact with patients are truly the driving force behind this new sweeping medical trend.

Much of Bult’s research has been in the field of oncology, one which could benefit greatly from further advances in targeted medication. Cancers that result from a gene variation could be treated with therapy that targets said variation, but the vast majority of cancers cannot be treated in this way and patients must undergo non-targeted and often harmful cytotoxic procedures.

“Here at JAX, we’re building the scientific foundation for precision medicine,” she says. “We’re improving the odds that the patient will receive the right therapy at the get-go, rather than having them undergo other therapies that won’t work.”

Immediately and directly curing patients who apply for existing personalized therapies is not yet a reality, but without researchers such as Bult and her colleagues at JAX, it never will be.

“Though making the connection between a variance in the genome and a particular disease is very far away from treatment,” says Bult, “it is a very crucial step in precision medicine.”