Hunting for the cellular targets in Huntington's

A new publication in Nature Medicine (Wang et al. 2014) reports on the expression of mutant huntingtin protein (mHTT) in specific regions of the brain and defines the cellular targets for optimal therapeutic intervention. Huntington’s disease is caused by expression of a mutant huntingtin protein containing an elongated stretch of polyglutamine residues. While the mutant protein is ubiquitously expressed, only certain cells in specific regions of the brain undergo neurodegeneration—specifically cortical and striatal neurons. The new findings indicate that therapies will need to target these cell types for optimal treatment.

The research team at UCLA took advantage of the Cre-lox system to create mice with reduced expression of human mHTT in specific regions of the brain. This approach allowed them to define regions of the brain most influential in the pathogenesis of disease and thus the most important for therapeutic targeting. The key animal used in this approach was the BACHD [FVB/N-Tg(HTT*97Q)IXwy/J, 008197] strain. The bacterial artificial chromosome construct in this strain contains human mHTT with exon 1 flanked by loxP sites. Breeding to a Cre-expressing strain deletes exon 1, diminishing mutant protein expression. The authors used two different Cre-expressing strains in this study. The Emx1-cre transgenic strain utilizes a promoter to drive Cre expression primarily in cortical pyramidal neurons (CPN). They also used an Rgs9-cre transgenic strain to drive Cre expression primarily in striatal medium spiny neurons (MSN). Specific regional expression was validated by breeding these Cre lines, either singularly or together to create double transgenics, to two different reporter strains. The first was B6;129S4-Gt(ROSA)26Sortm1Sor/J (003309) which expresses lacZ in Cre expressing cells. The second strain was B6.Cg-Gt(ROSA)26Sortm3(CAG-EYFP)Hze/J (007903), a yellow fluorescent protein reporter. Following histological validation of brain region-specific expression, the authors bred the Cre transgenics to BACHD to create three cohorts of mice. Line BE (BACHD; Emx1-cre), line BR (BACHD; Rgs9-cre ) and BER (BACHD; Emx1-cre; Rgs9-cre). 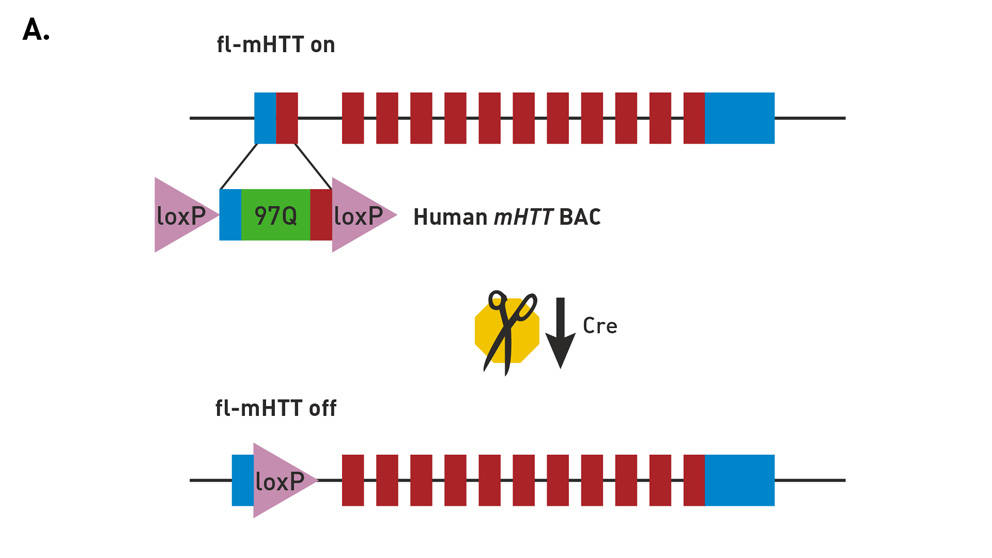 Molecular construct of the BACHD mice

Defining the roles of cortical and striatal mutant protein expression

The authors also investigated the influence of region specific reduction of mHTT expression on corticostriatal synaptic communication, a known characteristic of HD. The BACHD mice had reduced expression of the presynaptic protein synaptophysin and the postsynaptic proteins actinin-2 and postsynaptic density-95—markers for synaptic neurons with roles implicated in receptor signaling dysfunction. Interestingly, their results suggested that reduced mHTT expression in the CPN (BE mice) not only led to improved pre and postsynaptic marker expression in the genetically targeted cells (cell autonomous correction), but also improved postsynaptic marker expression in the non-genetically targeted cells (non-cell-autonomous correction) of the MSN. In BER mice, all three markers were corrected and were not significantly different than wild-type mice.

Targeting both cortical and striatal neurons

Interestingly, the reduction of mHTT in the CPN (BE mice) significantly improved certain aspects of both motor function and psychiatric-like behavioral deficits (anxiety and depression). However, the BE mice still retained evidence of neurodegeneration as indicated by decreased forebrain weight, cortical volume loss and striatal volume loss. Targeting only the MSN (BR mice) demonstrated the least improvement in motor function, psychiatric-like behaviors, and neurodegeneration. Targeting both regions of the brain, cortical and striatal neurons, led to the greatest overall improvement in all of the measured phenotypes. Therefore, these studies provide valuable insight into the regions of the brain requiring reduction of mutant huntingtin protein and set the stage for developing the most appropriate targeted therapy.

Download the field guide to working with mouse models of Huntington’s disease. 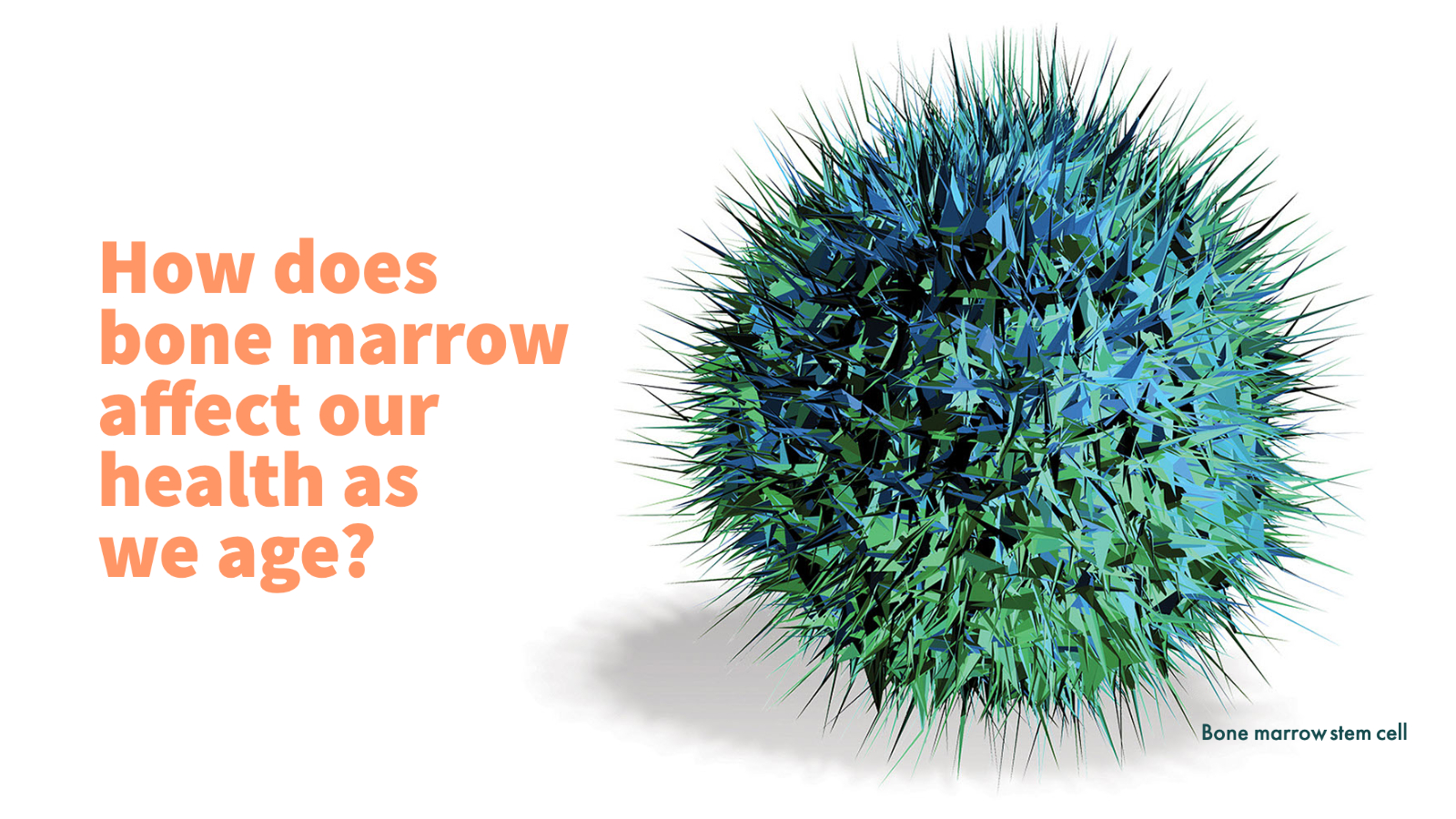 New research asks how bone marrow affects us as we age