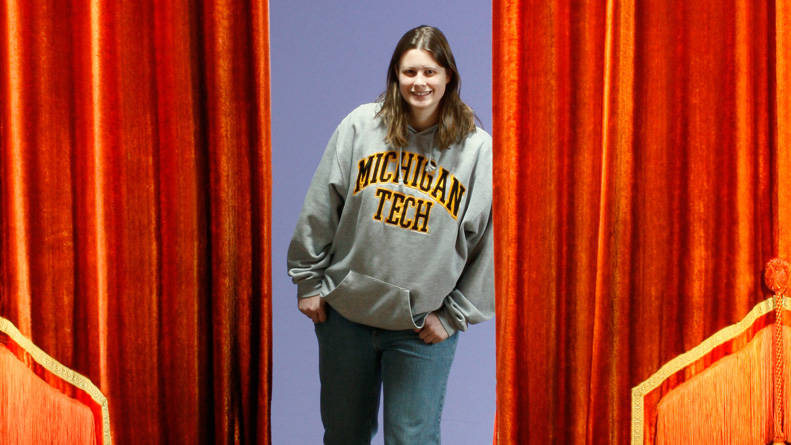 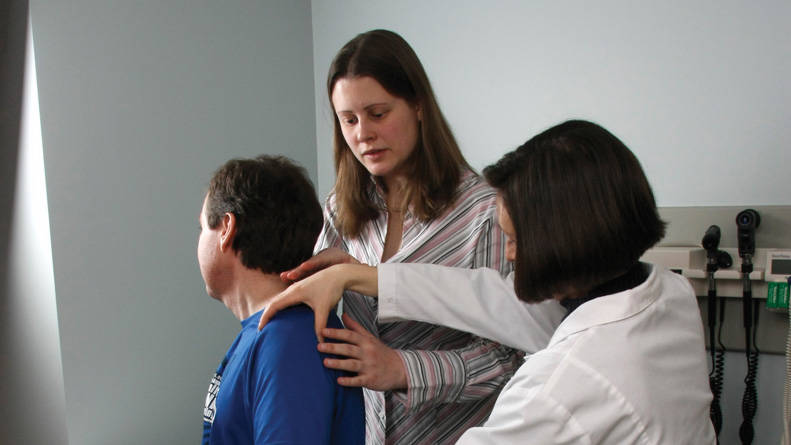 Lance Corporal John P. survived two tours of duty in Afghanistan. Now that he's home, he's fighting a different battle: against the chronic pain in his back and injured knee that attacks him night and day. The prescription opiates he takes provide short-term relief but come with side effects, such as gastrointestinal problems and sleep disruption.

Amy L., a nursing student, struggles to complete her course work and hospital internship duties while enduring constant body aches and fatigue. Diagnosed with fibromyalgia, Amy has few treatment options that will reduce her pain yet allow her to maintain her busy schedule.

John and Amy are just two of the estimated 80 million Americans with chronic pain, which the medical community is coming to view as a condition independent of the diseases or injuries that cause them. Unlike acute pain, which is an immediate response by the central nervous system, chronic pain persists for weeks or even years, with devastating effects on patients' physical and psychological well-being.

Jill Recla wants to put the pain to rest, and fast.

"Pain susceptibility has a clear genetic component," says Recla, a former predoctoral associate who is now a bioinformatics analyst at The Jackson Laboratory. "In people as well as mice and other animal models, certain gene variations make some individuals much more likely to experience chronic pain."

Since many of these gene variations are potential drug targets, she explains, "the future of pain relief could be based on genetic tests that help clinicians select just the right analgesic for each patient."

To find these pain-related gene variations, Recla employs bioinformatics—the fast-growing science that combines computer science, mathematics and biology—to explore the massive quantities of data that the world's biomedical research community has amassed relating to the genetics of pain.

Recla is using a technique called haplotype association mapping to find connections between specific gene variations and susceptibility to pain, as well as planning to investigate response to analgesics. "The drugs that are now available to treat pain—such as acetaminophen, codeine and naproxen—target only a very limited number of receptors," she says. "We've already identified dozens of genes that are likely to influence chronic pain and there are probably many dozens more," she says. "So there have got to be better drugs out there—drugs that are safer, more effective and more individualized for each patient."

Despite her youth, Recla is already collaborating with some of the world's top pain researchers. Jeffrey Mogil, Ph.D., heads the Pain Genetics Lab at McGill University in Montreal, Canada. The group is widely recognized among the leaders in the genetics of pain. On a recent visit to The

Jackson Laboratory, Mogil met with Recla to give her new data from his lab to analyze for her next journal paper.

"He told me to scrap all the old data," Recla says with excitement. Mogil's latest experiments using several different mouse strains are among the first to address a significant factor in the biology of pain: sex differences.

During the informal talk that Mogil gave to Jackson Laboratory faculty during his visit, he noted that 79 percent of pain studies use male patients only, while 70 percent of chronic pain patients are women. Almost all pain research using animal models has echoed this disparity, using mostly male rats and mice, he said. Yet there are several mostly female chronic pain conditions, including arthritis and fibromyalgia.

In fact, Recla says, it was a high school friend who was diagnosed with fibromyalgia syndrome who inspired her career.

"And me being the ambitious kid, I said to her, 'Don't worry, I'll save you!'" Recla says with a laugh. "I just decided I was going to cure fibromyalgia."

Patients with fibromyalgia suffer from fatigue, muscle pain and areas of the body that hurt when touched. The syndrome is most common in middle-aged women, who are also most likely to have autoimmune diseases such as rheumatoid arthritis. There is no clear cause for fibromyalgia, but that isn't stopping Recla from her quest.

In her senior year of high school, Recla says, she created her own independent study project to "cure" (her air quotes) fibromyalgia. "It was certainly ambitious, but reading all those scientific papers was great for me intellectually: I learned about neurobiology, the immune system—all kinds of stuff. I did come up with a few theories that I wrote up in an article, which I then gave to a local rheumatologist who gave me positive feedback."

Starting from this experience, Recla went on to design a unique research path for herself. Instead of majoring in molecular biology, she pursued a degree in bioinformatics at Michigan Technological University. "My thought process was, we don't really understand fibromyalgia syndrome, but there's got to be a genetic component. I thought I could make a bigger contribution by analyzing the data on pain in general and fibromyalgia in particular, and by figuring out how all the pieces fit together, than by becoming another molecular biologist or clinician myself."

In 2005, after her freshman year, Recla was accepted into The Jackson Laboratory's prestigious Summer Student Program, working in the laboratory of Joel Graber. "He gave me my first real look into what bioinformatics could do to make sense of disease-related data," Recla says. "Coming here cemented my hunch that bioinformatics really could help fibromyalgia patients."

During her summer in Bar Harbor, Recla learned of the Laboratory's new and innovative Ph.D. program in functional genomics. She enrolled in the Cooperative Predoctoral Training Program, earning her Ph.D. degree requirements from the University of Maine's Graduate School of Biomedical Sciences while conducting original research at the Laboratory. Her mentors are

Professors Gary Churchill, who has expertise in statistical genetics and mathematical modeling of complex traits, and Carol Bult, a scientist with a background in both bioinformatics and molecular biology.

Bult, Recla's primary mentor, describes her as a "once-in-a-lifetime" graduate student: "She's very motivated to make a difference in people's lives, and I have no doubt she's going to lead the field of pain research someday. I see my role as not so much guiding her as clearing obstacles out of her way."

Recla traveled to the Togus VA Medical Center in Augusta, Maine. She met with officials to begin planning a possible Jackson Laboratory-Togus research project to collect and analyze data from patients with chronic pain. Janis Petzel, M.D., the former head of Togus research who is now president of the Maine Association of Psychiatric Physicians, says that "if there was one thing I could do for veterans, it would be to ease the pain that haunts so many of them for years after their deployment."

Improvements in battlefield medicine mean that soldiers are surviving ever-more-serious injuries, including traumatic brain injury or post-concussion syndrome; fractures, amputations and burns of the limbs; and spinal-cord and eye injuries. The long and painful recovery from these injuries often comes with mental health issues such as post-traumatic stress disorder, depression and alcohol abuse.

Today the most successful treatment programs for veterans with chronic pain address both the physical and psychological symptoms. But, Petzel says, "it would be even better if we could find a way to stop pain in its tracks, before it devastates our veterans' lives."

That means understanding the complex genetics of pain. Recla is working on it.

The Gene Ontology (GO) project is a collaborative effort to address the need for consistent descriptions of gene products across databases.