Pep Boys on Discovery mission to study the effects of microgravity


On April 5, 2010, NASA's space shuttle Discovery launched into space, carrying on board sophisticated scientific equipment, seven astronauts and 16 "Pep Boy" mice from congenic JAX® Mice strain B6.SJL-Ptprca Pepcb/BoyJ (002014). The mice were part of one of three life science experiments conducted on the Discovery's mission. All three experiments were designed to help scientists better understand the effects of microgravity on cell growth and the immune system. NASA hopes the results will help develop ways to improve wound healing and boost the immune systems of future astronauts during stressful, long-duration space flights.

The Pep Boys were part of the "Mouse Immunology" study, designed by principal investigator  Dr. Millie Hughes-Fulford. Dr. Hughes-Fulford was a NASA astronaut on a shuttle flight 19 years ago and is now a biochemist at the Veterans Administration (VA) Hospital and a cell biologist and professor in the Departments of Medicine and Urology at the University of California, San Francisco. The 16 "astromice," as Dr. Hughes-Fulford calls them, were transported from her VA lab to NASA's Kennedy Space Center in Florida. There, they acclimated to a diet of "NASA bars," specially formulated to prevent them from floating in zero gravity. Sixteen other Pep Boys stayed behind as controls in Dr. Hughes-Fulford's VA lab. Before launch, half of the astromice and half of the controls were inoculated with white blood cells that had been exposed to a foreign protein (from egg whites). During their 13 days on the International Space Station, the astromice lived in specially designed "Animal Enclosure Modules" and were carefully monitored by the station's astronauts.

Immediately after they returned to Kennedy Space Center on April 18, 2010, the inoculated astromice were exposed to the same egg white protein as their companions. Scientists are analyzing how the different groups of mice reacted to the foreign protein. According to Hughes-Fulford, about half of the astronauts in the Apollo program and many space station astronauts have developed immune system problems, either during or shortly after flight (San Francisco Chronicle 2010). "Mouse immunology will allow us to pinpoint which genes and pathways are or aren't working or performing well in space," says Hughes-Fulford. "We will examine all 8,000 genes of the mouse thymus cell to determine the molecular cause of a suppressed immune system" (NASA News 2010). Dr. Hughes-Fulford also hopes that the experiment will help scientists understand why the body's white blood cells stop functioning in immune system disorders.

The nickname "Pep Boys" is derived from the strain name B6.SJL-Ptprca Pepcb/BoyJ. These C57BL/6J mice are congenic for both the "b" allele of the peptidase C (Pepc) gene and the "a" (CD45.1) allele of the protein tyrosine phosphatase, receptor type, C (Ptprc) gene. They are used in transplant studies because researchers can use monoclonal antibodies to easily distinguish their B and T cells from those of C57BL/6-derived donor or host mice, which harbor the "b" (CD45.2) allele of the Ptprc gene.

The first JAX® Mice in space

The Pep Boys are the second group of JAX® Mice to go into space. In 2002, a group of C57BL/6J (B6J, 000664) was sent on a 12-day mission to the International Space Station via the space shuttle Endeavor for an experiment to determine the effects of microgravity on bone density (JAX® NOTES. 2002). B6J mice were selected for the mission because of their relatively low bone density and their widespread use in biomedical research.

In a second experiment, "Stem Cell Regeneration," scientists studied how embryonic stem cells differentiate in space. Mouse embryonic stem cells were grown and prepared for flight in the weeks before shuttle launch. On the shuttle, the cells were stored in bioreactors installed into an incubator that fit into a shuttle mid-deck locker. "We are trying to get at the root cause of tissue degeneration in space," said Eduardo Almeida, principal investigator and scientist at NASA's Ames Research Center, Moffett Field, Calif. "We hope our research will help find preventive measures to address adult stem cell health in microgravity. As we expand humanity's reach to other planets we must learn how to live in space for prolonged periods of time" (NASA News 2010).

In a third experiment, "Stem Tissue Loss-Immune," scientists were, for the first time, closely monitoring how human cells respond to in-flight infection by a pathogenic bacterium, Salmonella. The scientists were also investigating how bacterial and human cells respond to space flight. "Only by studying how cells respond to microgravity can we reveal important biological characteristics that are masked by normal gravity . . . ," said principal investigator Cheryl Nickerson, associate professor of life sciences at the Center for Infectious Diseases and Vaccinology in the Biodesign Institute at Arizona State University. "Our research has potential benefits and applications for life on Earth and astronauts on long-duration space missions. Better understanding how microbes and human cells interact in space can lead to novel vaccines and therapeutics for the general public against infectious disease, as well as other human diseases" (NASA News 2010). 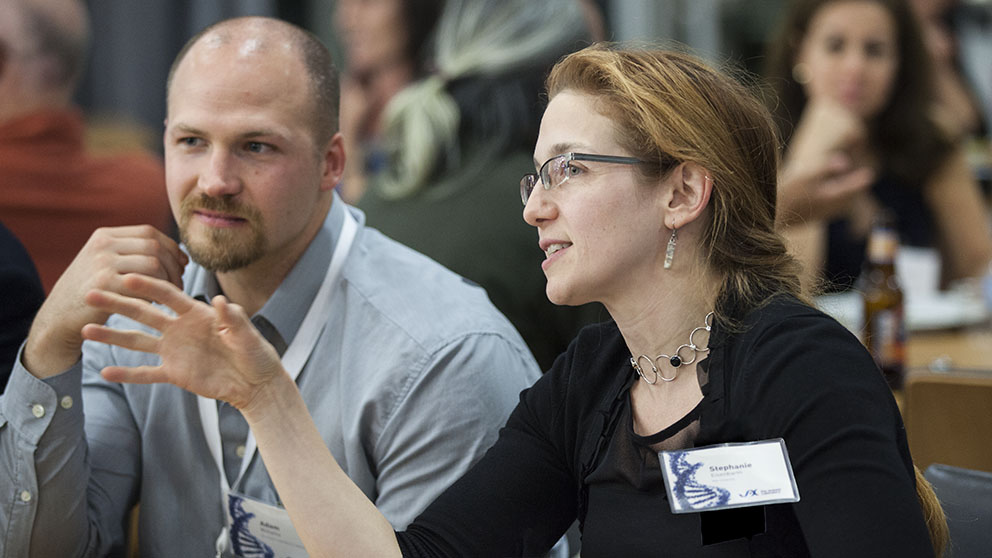