Shuzhao Li models the chemistry and genes of the immune system

How a cancer patient responds to immunotherapy, or how a person reacts to vaccination, has a lot to do with metabolism, in individual cells as well as the body as a whole. Jackson Laboratory (JAX) Associate Professor Shuzhao Li, Ph.D.Metabolomics for precision medicine; ImmunoMetabolomics and multi-omics modeling of immune system Shuzhao Li uses high-resolution mass spectrometers to quantify metabolism, measuring thousands of small molecules in the body. 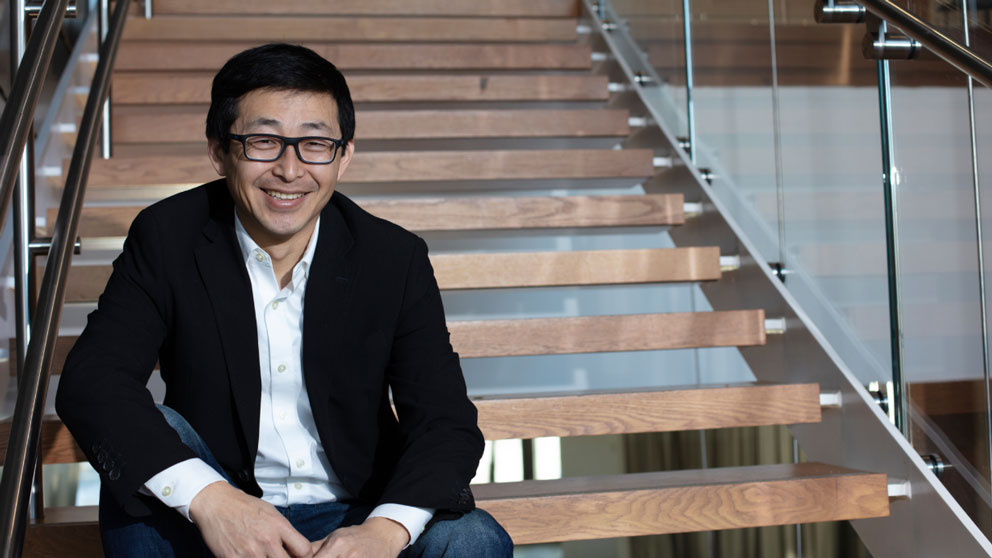 “Metabolomics is biochemistry 2.0,” Li says. Many of these molecules are metabolites, the product of gene functions, he explains, and others have dietary and environmental origins. “So, this chemical information fills a critical gap between genes and environment, to support precision medicine.”

The cutting edge power of metabolomics

To Li, metabolomics is a powerful new tool added to research arsenal.

How to manipulate and engineer human immunity is at the center of combating many diseases.

“How to manipulate and engineer human immunity is at the center of combating many diseases,” Li says. “We’re now in a new era of integrating genomics, metabolomics, single-cell profiling, immunology and other fields, but we’re still missing a comprehensive and robust computational tool to predict human immune response.”

Li and his lab are pioneering metabolomic applications to human immunology. His earlier works showed that vaccine-induced human immune response is largely influenced by the patient’s metabolic profile, and that arginine depletion mediates viral responses in innate immune cells.

Big data from metabolomics and other high-throughput technologies form the foundation of multiscale models of the human immune system. The most promising future, Li says, harnesses “next-generation artificial intelligence [AI] that continuously learns from big data, and trains to simulate the human immune system.” This will involve data mining, artificial expert systems, deep learning and predictive modeling “of tremendous complexity,” he says. “But the result will be an AI system that is more capable than any single doctor, to guide the design of new drugs, vaccines and immunotherapies.”

Li joined JAX in January 2020 from Emory University in Atlanta, where he was an assistant professor in the Department of Medicine. He will develop a research program in metabolomics and immunometabolomics. This synergizes with JAX’s position in genomic medicine, and traditional strength in computational science and animal models. He is part of the NIH metabolomics consortium, and will expand his research portfolio in immune studies.