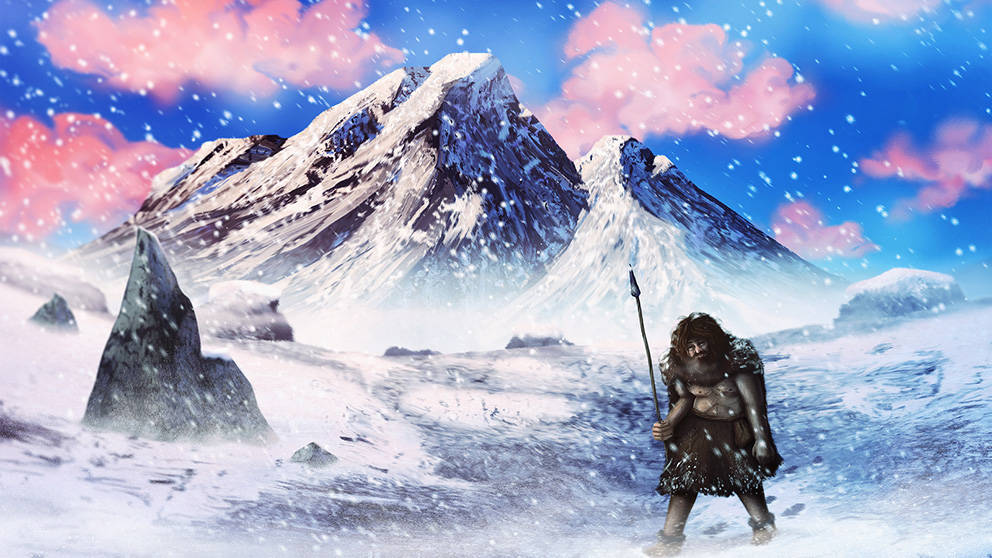 While most of the Human Genome Meeting focused on applying the latest advances in genomic technology to advance human health for the future, one of the Monday morning sessions looked to the past. Talks by two prominent researchers of genome evolution — Johannes Krause of the Max Planck Institute for the Science of Human History and Joshua Akey of the University of Washington — showed how investigations of our genomic history might provide clues that contribute to tomorrow’s cures.

First, Johannes Krause discussed his work with “ancient” human DNA, part of a broader area of research called paleogenetics. Compared to other biological compounds that are prone to degradation, DNA is remarkably stable, and short stretches of sequence can survive for thousands of years. This stability is enhanced by certain environmental conditions such as desiccation and freezing, which often occur in mummified human remains. This means that we can directly compare DNA sequences from modern humans to those of our ancient ancestors by using sophisticated statistical techniques to determine how similar or different those sequences are. By making such comparisons, paleogeneticists like Krause can reconstruct the geographic distribution of early human populations and discover how they mixed and combined over time to create modern populations.

One great example of how ancient DNA can be used to study human history comes from Ötzi the Iceman, whose surprisingly well-preserved corpse was discovered in the Alps in 1991. Because of the quality of his body’s preservation, Ötzi, who lived around 5000 years ago, has provided a remarkably clear genomic glimpse into Europe’s past. In 2012, geneticists sequenced and analyzed Ötzi’s genome sequence, comparing it to modern Europeans. The team found that Ötzi’s genome is similar to modern Sardinians, which is interesting because it suggests that the people of Sardinia, an island in the Mediterranean sea, have experienced less genetic “mixing” than other European populations (i.e. they are more similar to an ancient European than other modern populations).

Krause discussed analyses similar to those in the Ötzi example, but drawing from many more modern and ancient DNA samples. These studies found genetic evidence that modern Europeans come from three separate core populations that started to mix roughly 4800 to 3000 years ago. During this time, there was a massive influx of a Near East peoples called the Yamnaya. The resulting genetic impact on the rest of Europe was so large that, to cause a similar change today, there would have to be an influx of several billion people!

What enabled the Yamnaya to reshape the genetic landscape of Europe? Krause pointed to DNA evidence that a bacterium, Yersinia pestis, provided the key. It seems that Y. pestis was endemic in the Yamnaya population, and they very likely harbored a natural resistance to this bug, which is famous for causing the bubonic plague. This would mean that the ability of the Yamnaya to sweep into Europe was aided by disease. By studying ancient Yamnaya genomes and looking at their remnants in modern humans, we might find clues for how they were able to develop resistance to the plague — findings that could have a major impact on how we think about bacterial outbreaks.

Joshua Akey described a very different approach for genomic time travel. Rather than dealing with the technical difficulty of collecting and analyzing ancient DNA from mummified remains, he “excavates” it computationally. Specifically, Akey looks for Neanderthal DNA. To find it, he explores the genome sequence variation present in today’s human populations. By examining patterns of variation in the population, it is possible to find large blocks of sequence that most likely entered the gene pool around the time Neanderthals would have mixed with early humans. Because these candidate Neanderthal sequence blocks can be validated through comparisons to known sequences that have been recovered from ancient remains, Akey has been able to tweak this computational approach to be highly accurate.

Although any one individual may only have a small fraction Neanderthal DNA in their genome, by looking at many people, Akey has been able to obtain population-level info about Neanderthal genomes. This opens the door for many conventional population genetic techniques that provide very valuable information about genetic history. For example, the sequence data suggest that early Europeans experienced two separate “pulses” of intermixing with Neanderthals, whereas East Asian peoples experienced only one pulse.

Akey was further able to use the in silico reconstructed Neanderthal populations to explore the potential adaptive value of Neanderthal sequences for human evolution. Such adaptive sequences were enriched for immune- and skin-related genes, suggesting that Neanderthal mixing was beneficial for protection from disease and the environment. By contrast, some regions of the genome seemed to be entirely free of Neanderthal DNA across the population, so it is likely these regions did not provide any adaptive value and might have been harmful. Akey also noted that Neanderthal variants tended to impact the regulation of genes — adjusting the level of their activity — rather than gene function.

Through the efforts of Krause, Akey, and other evolutionary geneticists, we are developing a much richer—and surprising — picture of human genetic history than previously possible. And while the talks may have initially seemed a little out of place in a conference titled “From Genomics to Therapy,” it’s a vital topic. The genetic variability between individuals and between populations remains a significant obstacle to realizing the promise of clinical genomics. Therefore, a thorough understanding of our own evolution and derivation of genomic traits that vary between geographic regions and ethnicities provides an essential foundation for progress.