Joan Steitz: A champion for women in science

Finding a mentor is a crucial part of becoming a scientist. Dr. Joan Steitz has championed the cause of women in science by emphasizing the importance of female advisers in attracting and keeping more women in STEM research fields.

“As a woman in science, I've always looked for mentors and role models, and it's not the easiest thing in the world to find them," says Dr. Nadia Rosenthal, scientific director and professor at The Jackson Laboratory. "There are very few women documented who really changed the course of biomedical research. When I was young, there were very few women at Harvard for me to look up to in senior positions. It wasn't until Joan Steitz came and gave a seminar at Harvard Medical School when I was a graduate student that I realized that I now had a role model.”

Dr. Joan (Argetsinger) Steitz was born January 26, 1941, in Minneapolis, Minn. Her parents were both schoolteachers and encouraged her interest in science from a young age. She attended the all-girls Northrup High School in Minneapolis, and pursued her undergraduate degree in chemistry at Antioch College in Yellow Springs, Ohio. She actually learned very little about DNA during college, as the structure of DNA had only been recently described and was not yet integrated in biology textbooks.

While a student at Antioch, Steitz was introduced to the concept of DNA and molecular biology during a co-op internship program, in which she worked in the laboratory of Dr. Alex Rich at the Massachusetts Institute of Technology (MIT). Says Steitz, “And I just remember thinking, ‘Wow! There’s a molecular basis for this genetic phenomena that I’ve learned about and been fascinated by.’” This internship was really the starting point for a fascinating career in DNA and RNA biology. There was just one minor problem.

In the 1960s, as a student, Steitz had virtually no women scientists to act as mentors, or look upon as role models. Women rarely taught math or science classes at the university level, and were not granted tenure-track positions at research institutions. Steitz assumed that women simply couldn’t become scientists and run their own labs. She knew women physicians, and decided that medical school seemed a reliable route for making science a career. Steitz applied and was accepted at Harvard Medical School, which she planned to start in the fall of 1963, following her graduation from Antioch.

During the summer of 1963 Steitz returned home to Minneapolis, and found a job at the University of Minnesota in the laboratory of Dr. Joseph Gall. Rather than being a research assistant, or doing menial tasks, Gall gave Steitz her own project. Steitz relished the independence and the process of planning and performing her own experiments each day. Gall recognized her potential and encouraged her to pursue a career in molecular biology. She transferred her Harvard Medical school acceptance to their brand new graduate program in biochemistry and molecular biology (BMB), where she was the only woman in her class.

Her first choice for her doctoral advisor actually turned her away. As Steitz recalls, “And he looked at me and he said, ‘But you’re a woman. What will you do when you get married and have a family.’ And I made it out of his office before I burst into tears.” Instead, she performed her doctoral research in the lab of Dr. James Watson, who had won the 1962 Nobel Prize for his part in the discovery of the double-helical structure of DNA. Steitz was actually the first woman graduate student in his laboratory, as there were very few women in the graduate program at this time.

Watson’s lab was focused on how genes are expressed in the cell, through the processes of transcription and translation. On the basic level, DNA encodes genes, and these genes are the blue print for a protein product that has a specific function in the cell. However, there is an important intermediate step between DNA and protein. The process of transcription produces a messenger RNA, or mRNA, from the DNA sequence. This mRNA is translated by the ribosome to an amino-acid sequence, which forms the final protein product. It was in Watson’s lab that Steitz became captivated with RNA and it’s multivariate roles within the cell. She studied mRNA translation using bacteriophage as a model system, which allows for easy isolation and manipulation of translational machinery.

It wasn't until Joan Steitz came and gave a seminar at Harvard Medical School when I was a graduate student that I realized that I now had a role model.

In 1967 Joan Steitz and her husband, Dr. Thomas Steitz, went to the University of Cambridge in England to complete their postdoctoral work. She continued to study RNA processing and worked with some of the biggest scientists in the field, including Dr. Francis Crick, co-winner of the 1962 Nobel Prize, and cell biologist Dr. Mark Bretscher. Her research focused on how the translational machinery, the ribosome, knows where to initiate translation on a given mRNA. At this point it was known that most ribosomes begin translation of most proteins at an “AUG” or “GUG” RNA triplet, which encodes methionine. But in a given mRNA, there can be a multiple methionine codons, especially if the reading frame is not defined. How does the ribosome select the correct reading frame, and the correct methionine codon, to initiate translation?

This is a topic that Steitz would study for several years, and defined her early time as a scientist. Although some scientists suggested that sequences within the mRNA directed ribosomal binding and translational initiation, others argued that the ribosome acted in a stochastic manner. In 1969, while a postdoc at Cambridge, Steitz published a study in Nature in which she isolated ribosome-mRNA complexes from bacteriophage R17, and sequenced the “initiator mRNA” sequences of the transcripts bound to the ribosome. Her results showed that all the R17 mRNA initiator sequences contained the “AUG” codon, in addition to similar noncoding sequences upstream. It was evident from this paper that mRNA interacts with the ribosome in a specific manner, but the mechanism was still unclear.

Following this exciting paper, Steitz began receiving job offers to run her own laboratory, something she hadn’t anticipated when starting her postdoctoral work. Steitz has often remarked that, “I never thought I would teach; I never thought I would mentor graduate students; I never thought I would be on the faculty of a prominent university. I really thought I would be a research associate in someone's lab—a man's of course.” While Steitz was in England in the late 1960s, the women’s movement had radicalized the United States, especially on college campuses. Women were starting to be accepted in academic circles, and as a result more career options were available to women scientists.

Both Steitz and her husband accepted assistant professor positions at Yale University, each starting their own laboratories at Yale in 1970. In spite of her significant experience and success in scientific research, Steitz was very anxious about running her own laboratory. She had never been in a laboratory run by a woman and, “had not mentally prepared myself to do that because I had never thought that I would do what my male peers had in store for them in terms of their future lives.” Steitz found support in her doctoral advisor, James Watson, who encouraged her and insisted that she was an exceptional scientist and completely capable of starting her own research program. 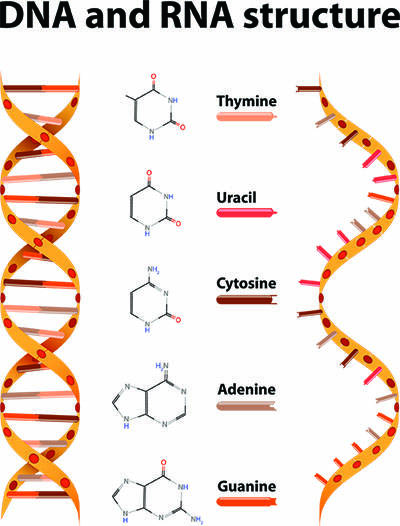 At Yale Steitz continued her work on ribosomal interactions with mRNA, and the mechanism underlying selection of the translation start site by the ribosome. She and other scientists had previously shown that mRNAs interact with the ribosomes in a specific manner during translational initiation, and suggested that ribosomal interactions upstream of translational start sites are important for this process. In 1975, Steitz published a landmark paper in PNAS that demonstrated specific and consistent base pairing between the mRNA transcript and the 16S RNA within the ribosome. This was the first experimental evidence illustrating that RNA within the ribosome was binding to complementary sequences within the mRNA transcript. It was incredible that such a small stretch of RNA- 7 base pairs, to be exact- were so important to these crucial biological processes.

Steitz broadened her lab’s research, focusing on other types of RNA and their role within the cell. Another type of RNA, termed small nuclear RNA (snRNA), was intriguing because they commonly complex with proteins to form small nuclear ribonucleoprotein (snRNPs). The function of snRNAs and snRNPs was completely unknown. Michael Lerner, an MD/PhD student in the Steitz lab, found that antibodies from patients with lupus erythematous (LE) bind to the protein portion of snRNPs, making it easier to isolate and study their function. This work produced one of the most famous papers from the Steitz lab, which first suggested the role of snRNPs in mRNA splicing. Steitz’s lab found that a portion of the snRNA is actually complementary to sequences in splicing junctions in human mRNA. Splicing removes non-protein coding segments from mRNA, which is essential for the production of proteins. Overall, this work demonstrated yet another fundamental role for RNA in mammalian biology.

Steitz’s lab continued to work on the role of snRNPs in splicing, defining how snRNPs recognize splice sites in mRNA and form the spliceosome, the protein-RNA complex that catalyzes removal of introns. Her work has been fundamental in understanding alternative splicing, which results in multiple protein products from a single gene by the inclusion and/or exclusion of specific exons. The Steitz lab has also studied the function of mircoRNAs, viral RNAs, long noncoding RNAs, and the processes of RNA degradation and stability. Her research is essential to our modern understanding of RNA biology. She has been recognized for her contributions with countless awards and accolades, including the National Medal of Science (1986), and is a Sterling Professor of Molecular Biophysics and Biochemistry at Yale University.

Outside of the lab, Dr. Steitz has been a crusader for women in science. She emphasizes the importance of role models and mentors for women scientists, saying that, “We cannot expect to capture the interest and talents of girls and women for the scientific enterprise unless they can view their own participation as possible.”

Steitz acknowledges that the situation is improved from when she was in college, but that many women still view science as unreceptive to women, especially those that have children.

Steitz has also commented on how unconscious biases within departments makes it difficult for women scientists to be taken seriously and advance in their career. “If a woman is a star there aren't that many problems. If she is as good as the rest of the men, it's really pretty awful. A woman is expected to be twice as good for half as much.''

By increasing the number of women in science at all levels, including those in leadership positions, policies can be implemented and attitudes about work culture can be adjusted to more accurately reflect the broad coalition science represents. Mentors are key to this entire process; without guidance and support, we are losing out on a wealth of imagination, new ideas, and scientific discovery.