This month I am covering the life and career of Dr. Mary-Claire King, a distinguished scientist who has applied her talents to the good of humanity, and provides a clear ideal of what it means to truly impact society through research. She is fearless, tenacious, and logical, and I couldn’t imagine a better woman to write about in the current political climate.

Dr. Mary-Claire King was born February 27, 1946, in Evanston, Ill., a suburb of Chicago. She studied mathematics at Carleton College in Northfield, Minn., graduating in 1966 at the age of 20. King then went to University of California, Berkeley to pursue a doctorate in statistics. An early course in genetics changed the entire course of her career, and she fell in love with the application of mathematics and statistics to solving genetic problems. She transferred to the genetics PhD program in 1967, and for the first time began doing experimental biology.

It was not an easy transition. Compounded with the growing anti-war movement on the Berkeley campus, in which King was actively involved and incredibly passionate, she considered dropping out of the PhD program all together. Throughout 1968 she worked for political activist and consumer advocate Ralph Nader, researching the effects of pesticides on farmers and helping to write a report on the environmental conditions in California. When Nader offered King a job in Washington, D.C., to help found the Public Interest Research Group (PIRG), she was tempted. She spoke with Dr. Allan Wilson, a UC Berkeley genetics professor and one of King’s mentors, about her frustrations with experimental science and the possibility of moving to D.C. Wilson told King that, “If all the people for whom nothing ever worked dropped out of science, there'd be nobody left.” King joined Wilson’s lab, and together they created a project that combined her talent and love of statistics with evolutionary biology research. 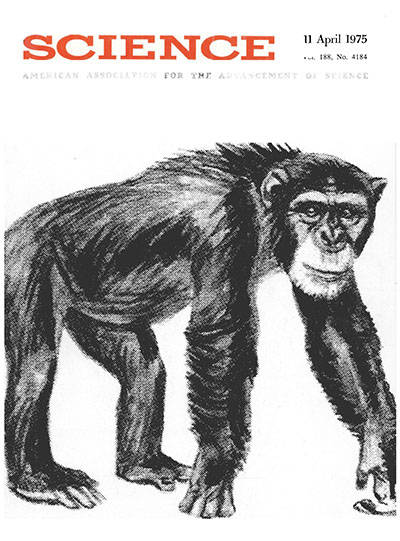 Due to the obvious physical and anatomical differences between humans and chimpanzees, it was rather confusing that the DNA and protein sequences were so similar. King suggested that her results pointed to a role for transcriptional regulation of protein coding genes in driving evolutionary changes, and that many of these mutations may have been missed by this study, since they were focused solely on protein-coding DNA. In fact, this has proven to be the case, as many non-protein coding regions have high mutation rates and are more variable between humans and closely related species. It was a daring hypothesis, against current genetic dogma of the time, and gave a subtle hint to the exciting science she would discover in the future.

After earning her PhD in 1973, King moved with her husband and young daughter to Chile to teach at the University of Chile. The Chilean military coup of 1973 and the overthrow of President Salvador Allende created a dangerous environment for social and political activists. Many of her students did not survive, and thousands of political leftists were killed or imprisoned in the coup aftermath. King’s family returned to Berkeley, where she was offered a postdoctoral fellowship with Dr. Nick Petrakis at University of California, San Francisco, in cancer epidemiology and genetics.