Editor's note: This editorial was originally published May 20, 2016 in the Ellsworth American. 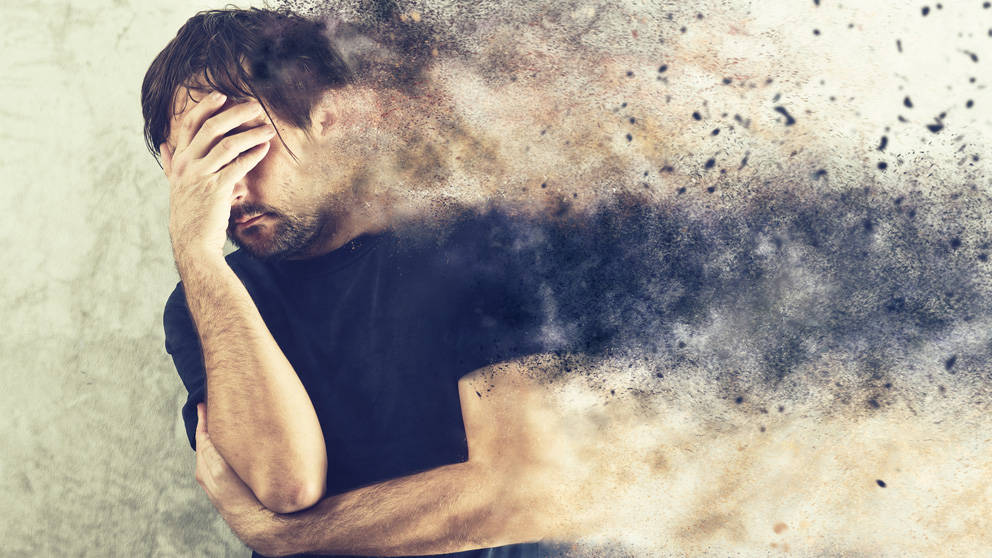 Mammals, including mice and humans, are wired to seek pleasure and avoid pain. Addiction happens when a person taking a substance repeatedly to induce euphoria, quell pain or otherwise change the way they feel begins to require more of the substance in an attempt to arrive at the desired effect. Lasting changes occur in the brain, leading the user to seek larger and larger doses to arrive at the desired state, at the expense of other activities. In some cases to avoid the effects of withdrawal and in other cases in response to feed-forward processes, in which the brain’s reward centers drive the desire for more drug after taking a small amount.

Take two mice with different genetic backgrounds, but reared in identical laboratory conditions, and put them each in an operant conditioning box where they receive a reward in the form of a hit of cocaine when they learn to press a lever. One strain of mouse, C57BL/6J will seek the reward over and over, to the exclusion of food and sleep, another more slowly acquires the response, and may not continue to press the lever if the dose of drug is lowered, or the drug is no longer administered. Some mice will continue to press the lever long after the drug stops coming, and some mice will start pressing the lever again as soon as they see a signal that they have learned to associate with drugs — think of driving through a neighborhood where a favorite bar is located.

Would anyone say that the C57BL/6J lacked willpower, or that the other strain had better moral fiber? No, we reserve those labels for our fellow humans.

Would anyone say that the C57BL/6J lacked willpower, or that the other strain had better moral fiber? No, we reserve those labels for our fellow humans. The mouse example illustrates that there are powerful genetic factors influencing the biological mechanisms of addiction. These factors are complicated in humans because of the complexity of our brains and diversity of the environments in which we live.

Addiction becomes a virtually inescapable behavior pattern wherein a person keeps using a drug despite the negative consequences on his or her life. The following three fictional examples illustrate how gene-brain-environment interactions can lead to addiction.

Meet Jonah, a 17-year-old high school junior who likes parties, motocross, bass guitar and giving his teachers a good-natured hard time. Jonah smokes pot on occasion, and last weekend he took some amphetamines offered to him by the drummer in his band, a college sophomore with a scholarship and a part-time computer-repair job.

What’s going on in Jonah’s brain: The brain is changing most rapidly in adolescence, and it’s the period when new behavior patterns are most easily established. Thus, teenagers are more vulnerable to addictive behaviors, and the impact of drug use on their brains is greater than for older adults.

Campaigns aimed at preventing teen drug use tend towards the “don’t do it” variety, showing dire consequences for any drug use. Yet what young people often see are peers who use drugs occasionally or socially with no apparent negative effects. It will be important to teach young people the nature of addiction itself — the loss of independence, and the early warning signs that are observed when there is a sense of need for the drug, or when use of the drug or alcohol leads to a desire for more of the substance, in contrast to a good meal, after which most people begin to feel satisfied.

Meet Angela, a 50-year-old medical office receptionist. Right before Christmas last year, Angela was in a car accident that left her with a broken leg and lingering back pain. Her opioid prescription has run out, and she begins to visit multiple clinicians in an effort to get more prescriptions. She has caught herself thinking about raiding the office drug cabinet when the rest of the staff is at lunch or forging prescriptions. Ultimately, the likelihood of getting caught becomes inevitable and the cost of the pills is excessive. Hesitant at first, she begins to purchase street drugs downtown.

What’s going on in Angela’s genes: People, like the mice in the experiment described above, have gene variants that affect how susceptible or resistant they are to addiction. Angela has begun to develop drug seeking behaviors that are driving her forward despite knowing that her actions are irresponsible. Although seemingly irrational, she is on a path toward increasingly riskier drug seeking behaviors, as the reward pathways in her brain are strengthened in support of actions that increase her drug exposure. Her physical dependence on the drug increases, leading to severe withdrawal effects when she tries to use less of the drug. She will need a combination of specially formulated drugs like Suboxone, with therapies that can help her change her behavior patterns, effectively re-wiring her brain over time.

Meet Julie, a 25-year-old, petite single mom. Julie dropped out of high school when she got pregnant. Her ex, who left before the baby was born, is now back in her life and addicted to heroin. She is finding it hard to resist his urging to try it “so we can share this awesome experience.” Eventually she lets him give her some, and tragically, though he tries to get help, she dies in an overdose.

What’s going on in Julie’s life: Julie has been exposed to stressful life experiences from early in her childhood. She is suffering from a sense of helplessness and depression following the birth of her daughter. Long term ‘epigenetic’ changes in her brain have left her susceptible to a heightened stress response in adulthood. She is motivated to seek relief from these stresses through alcohol and other drugs. Due to her smaller size and heightened sensitivity, she needs far less of the drug than her boyfriend to get the same effect, and the dose she is given proves to be fatal.

Sadly, these fictitious examples are representative of situations that are all too real. There is a serious heroin problem in our state and nation — leading to incarceration, suicide, overdose, and all the community and family problems that go along with those tragedies. Although much is known about the biology of addiction and more is being discovered all the time, our response to people suffering from this condition has been one of stigmatization, compounding problems, and making access to effective treatment difficult. There has always been a role for legal interventions in dealing with people who are addicted — threats to public safety, domestic violence and theft are often a part of the problem, and the punishments that result can often serve as a wake-up call, heightening the motivation toward recovery. However, the long term solution to these issues is to develop prevention and education approaches that recognize the very high likelihood that adolescents will experiment with drugs, and to develop and make available treatment approaches to help the addict who is ready to make a change. A better, more widespread understanding of both the behavior and biology of addiction can help to guide these efforts toward prevention and treatment, to reduce the numbers of people progressing to and living with full-blown addiction.

Elissa Chesler, Ph.D., is an associate professor at The Jackson Laboratory. Her research emphasizes the integration of genetic, genomic and phenomic resources to improve the ways in which behavioral traits in mice are associated with complex underlying genetics and genomics.

JAX welcomes the next generation of addiction researchers