Riding the diurnal wave: The impact of circadian rhythms on host physiology 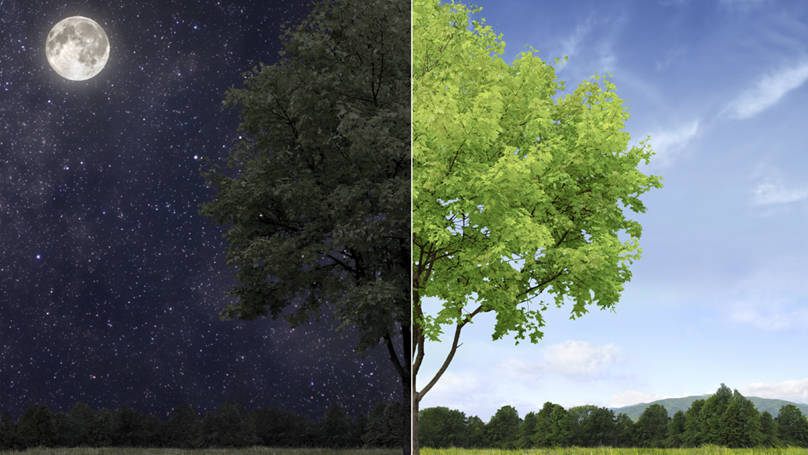 Now that winter is nearly upon us, what used to be a decent waking hour is now dark and cold, making it difficult to get out of bed.  It’s well known that mammalian circadian rhythms are closely tied to light/dark cues from the environment, but their effect on an animal’s physiology have recently gained more attention as investigators explore other functions that are intertwined.  Just as inflammation has integrated several seemingly unrelated biological processes, circadian oscillations have now been correlated with the development of metabolic and neurological diseases,  immune cell dysfunction, and cardiovascular disease to name a few.  Investigations using mice are helping us to appreciate how circadian fluctuations modulate physiological processes, and how the complex interplay between lifestyle, physiology, and diurnal variations influence homeostasis.

The suprachiasmatic nucleus (SCN) located in the anterior hypothalamus is the master regulator of circadian oscillations and processes environmental signals to synchronize the circadian clocks in most peripheral tissues. Transcriptional programs create an autoregulatory feedback loop to control circadian rhythms:  positive feedback regulators Bmal1 and Clock induce expression of feedback loop repressor genes, including the period circadian Clock1 genes (Per1-3) and Cryptochromes (Cry1-2). Bmal1 and Clock are most abundant during the light phase, whereas the Per and Cry genes reach their highest expression levels during the dark phase.  Lifestyle-dependent perturbations to normal circadian oscillations and gene expression – from shift work, chronic jet lag, and sleep disruption such as sleep apnea, for example - have been correlated with disruptions in metabolism, immune cell function, and higher susceptibility to cancer, cardiovascular disease, infection, and metabolic disease.

In addition to metabolism, diurnal variations affect immune cell function, including hematopoietic stem cell (HSC) physiology. HSCs have the capability to self-renew and differentiate into all immune cell types, and often are engrafted into patients with life-threatening illnesses, such as cancer and anemia, to repopulate the recipient’s immune system.  In a recent publication, HSCs from sleep-deprived C57BL/6J mice displayed decreased repopulating potential and homing capacity compared to HSCs from non-sleep-deprived control mice due to increased SOCS3 expression (a protein implicated in HSC migration). Additionally, HSC function was restored to normal when sleep-deprived mice were allowed 2 or 6 hours of recovery sleep, further demonstrating the effect of circadian patterns on HSC biology.

Several other publications have described a time-of-day effect on mature immune cell populations and function, including NK cell activation, lymphocyte proliferation, cytokine expression, and humoral immune responses (for a summary, see Keller et al. 2009). Disrupting the sleep-wake cycles also can increase inflammatory cytokines, such as IL-6, C-reactive protein, and TNF-α. Macrophages, also, are regulated by circadian rhythm genes: LPS-challenged macrophages rhythmically secrete IL-6 and TNF-α in response to circadian cycle-controlled transcription factors. These and several other publications demonstrate that immune cells don’t achieve homeostasis by randomly or steadily circulating, but rather are under the influence of circadian control.

Sleep disruption also increases susceptibility to cancer. Not only are C57BL/6 mice in which the circadian rhythm genes (e.g. Cry1, Cry2, Bmal1, Per1 or Per2) were knocked out were prone to developing cancer, wild-type mice with disrupted sleep patterns develop tumors faster and have reduced survival compared to mice with normal sleep. In another study, C57BL/6J mice were awakened every two minutes for 12 hours during the light cycle (when mice generally sleep) for a week, and were engrafted subsequently with tumors). In these mice, not only did tumors grow larger and more quickly, but they also were more invasive in a TLR4-dependent manner due to increased tumor-associated macrophages (TAMs). Additional studies have demonstrated similar findings and altered transcription profiles when circadian-associated gene expression is disrupted in mice implicating circadian gene function in tumorigenesis.

The importance of getting enough shut-eye has been getting a lot of attention recently, with many studies in both mice and humans demonstrating the significant impact that sleep disruption has on mammalian biology.  So the next time you’re tempted to stay up a little later than usual, take heed and turn the lights out. Your body will thank you for it later.