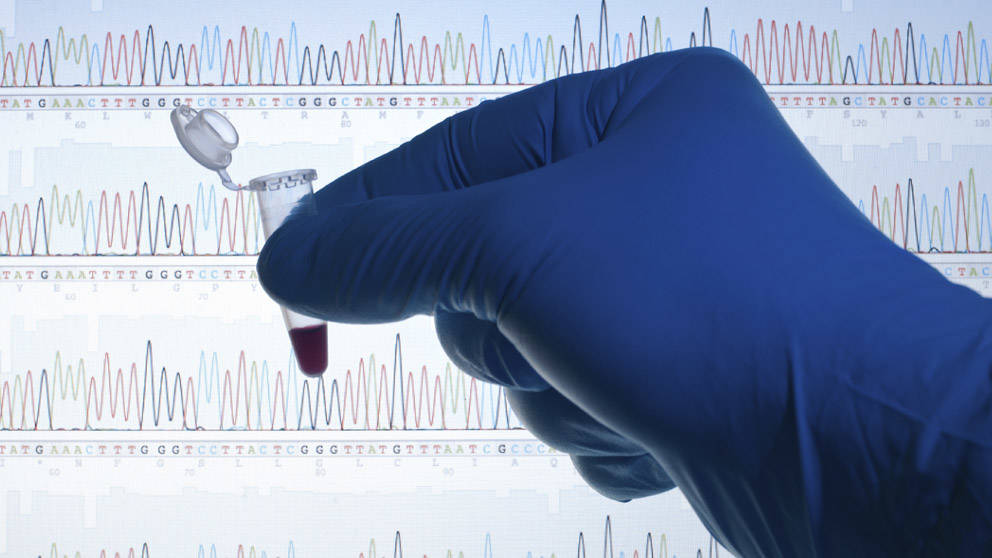 The  NntC57BL/6J mutation in the nicotinamide (NAD) nucleotide transhydrogenase (Nnt) gene is found exclusively in B6/J-derived mice and has not been detected in any other B6 substrains, including C57BL/6N (B6/N)-derived substrains.   Here we discuss the potential impact of the NntC57BL/6J mutation on studies related to diabetes and metabolism.

Below are answers to the most frequently asked questions concerning Nnt, C57BL/6J, and diabetes.

The NntC57BL/6J allele actually consists of two mutations: the first is a missense (methionine to threonine) mutation in the mitochondrial leader sequence; the second is an in-frame deletion that removes exons 7-11, resulting in expression of a truncated, non-functional protein.

NNT is a nuclear-encoded, mitochondrial protein that is localized to the mitochondrial inner membrane.  The enzyme catalyzes the reduction of NADP+ to NADPH.  This NADPH provides the reducing power to detoxify reactive oxygen species (ROS) in the mitochondria, which is necessary to maintain efficient ATP synthesis.

3) How was the NntC57BL/6J mutation identified?

The NntC57BL/6J mutation was identified by a QTL analysis involving strains C57BL/6J and C3H/HeH, which show differential responses in insulin secretion and glucose tolerance in response to glucose challenge (Toye et al. 2005; Freeman et al. 2006).These studies suggested that reduced Nnt activity (presumably due to the NntC57BL/6J mutation) is primarily responsible for the diminished insulin secretion and impaired glucose tolerance observed in B6/J mice.

The mutation was simultaneously identified by a second group studying mitochondrial superoxide dismutase (Sod2), another mitochondrial protein involved in reducing ROS in mitochondria, as a modifier that contributes to the decreased life span of B6/J- relative to DBA/2J-Sod2-deficient mice (Huang et al. 2006).

4) What are the consequences of defective Nnt in C57BL/6J mice?

B6/J mice do manifest altered redox-related imbalances (Ronchi et al. 2013).   By and large, however, B6/J mice are long-lived mice – indeed, B6/J mice are known for their longevity compared to other inbred strains. The NntC57BL/6J mutation appears to minimally impact the overall health of B6/J mice.

5) Are C57BL/6J mice diabetic as a consequence of the NntC57BL/6J mutation?

Although the NntC57BL/6J mutation was initially identified as an allele that contributes to the impaired glucose tolerance and reduced first-phase insulin secretion observed in B6/J mice following glucose challenge, subsequent studies have demonstrated that functional Nnt protein does not necessarily correlate with improved insulin secretion.

6) Does the NntC57BL/6J mutation affect the B6/J response to diet-induced obesity (DIO)?

It is not clear what effect, if any, the NntC57BL/6J mutation has on B6/J male responses to DIO. Based on a study undertaken at JAX, B6/J males on a 60 kcal % fat diet for 14 weeks weigh more, have higher non-fasting plasma glucose levels and are more severely glucose intolerant than C57BL/6NJ (005304; B6/NJ) males, which are wild-type for the Nnt allele (Nicholson et al. 2010). It has not been established, however, to what degree, if any, the NntC57BL/6J mutation contributes to the difference in theses DIO responses.

The fact that other strains that carry the wild-type Nnt allele respond to DIO, also, such as NON/ShiLtJ (002423), indicates that the NntC57BL/6J mutation is not necessary for a robust DIO response.