The exquisite arrangement of stereocilia in the ear 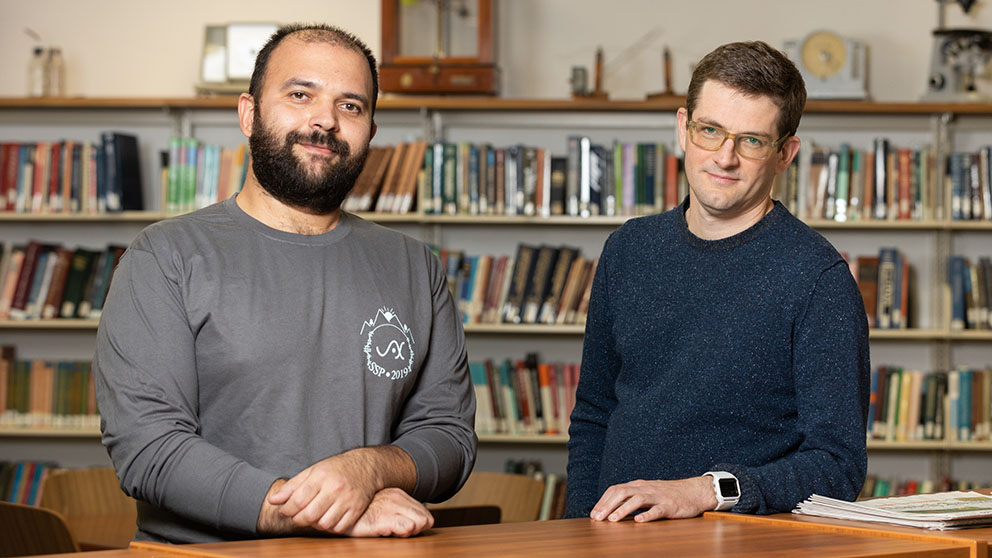 Hearing depends on a highly complex process that converts something physical in the environment, namely a sound wave, into an electrical signal that the brain can interpret. Sound waves enter the cochlea in the ear and prod stereocilia, tiny hair-like cellular protrusions aligned on the surface of sensory cells named ‘hair’ cells for this reason.

Stereocilia movements create an electrical signal that the auditory nerve carries to the brain. But accurately capturing and interpreting the signal depends on an exquisitely fine-tuned process to correctly arrange and elongate stereocilia into a bundle.

The stereocilia arrangement resembles the bristles of a lopsided toothbrush, where bristle height would gradually decrease from one edge to the other. Tarchini’s prior studies identified two members of a protein complex that elongates the tallest stereocilia: GNAI, a guanine nucleotide binding protein, and GPSM2, a guanine nucleotide dissociation inhibitor, which together also play an important role in general cell division. During hair cell development, GPSM2-GNAI first accumulate on one side of the hair cell surface, clearing a “bare zone” named for its flat aspect, devoid of protrusions. Later, these proteins only enter immediately adjacent stereocilia and climb to their tips, where they boost elongation compared to other stereocilia located further away from the bare zone. This process ensures that the tallest bristles will be generated on the side of the brush facing the bare zone. Mice lacking functional GPSM2 or GNAI have stunted stereocilia of unregulated height and are profoundly deaf, and mutated GPSM2 has been found to contribute to hereditary hearing loss in humans.

How the GPSM2-GNAI complex is assembled only on one side of the cell, and later only sent to the tip of adjacent stereocilia had remained unknown. In the latest study, Tarchini and Akturk identify and investigate a new deafness protein called RGS12. RGS12 is a GTPase-activating protein, and, remarkably, mice lacking RGS12 closely mimic stereocilia defects previously observed when GPSM2 or GNAI are dysfunctional. This led the researchers to ask whether RGS12 could dictate the position of GPSM2-GNAI at the cell surface to produce proper stereocilia arrangement.

Origin of the architecture?

Tarchini and his team find that RGS12 is needed to actually provide the GPSM2-GNAI complex and to ensure its one-sided distribution at the bare zone and at the tip of the tallest stereocilia. By delving into the underlying mechanism, the researchers discovered that RGS12 is itself one-sided, but located on the edge of the cell surface where the hair cell contacts its non-sensory neighbors. They propose a complex mechanism where RGS12 generates free GNAI protein and is then outcompeted by GPSM2 as a GNAI partner, moving GNAI from the edge to the cell surface. By forming the GPSM12-GNAI complex at the bare zone, RGS12 acts as a molecular controller of step-wise stereocilia elongation and thus for auditory function.

“Graded heights give the stereocilia bundle its directional sensitivity,” says Tarchini. “This feature is conserved throughout vertebrate evolution, including in hair cells outside of the ear that detect water movement in fish and amphibians. Yet how hair cells build this architecture remains enigmatic. Our study provides new insight into the molecular machinery responsible.”