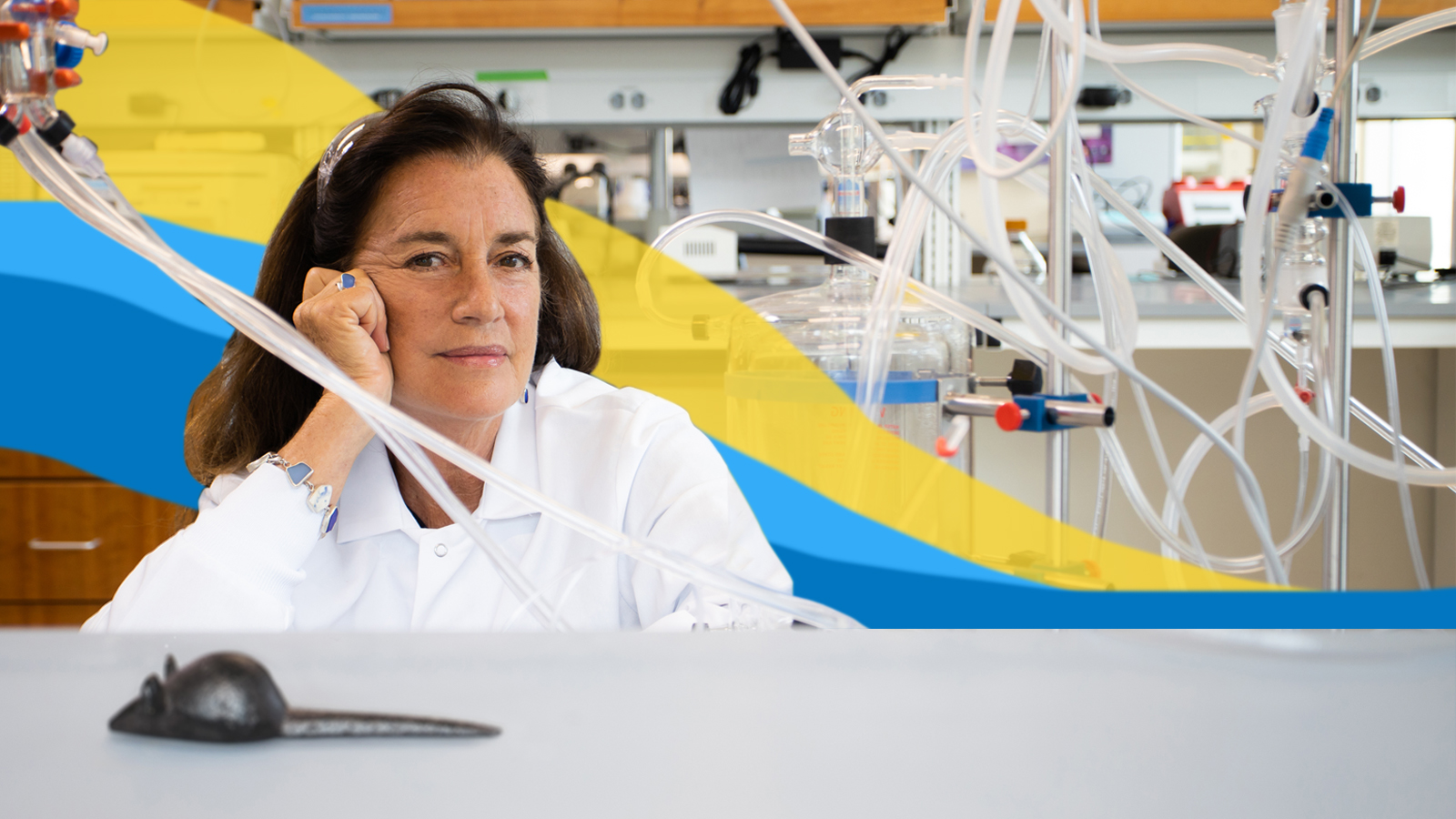 What is aging, anyway? Why do some people age more slowly than others, with few debilitating diseases and a healthy quality of life well into their ninth or even tenth decades? And how much does healthy longevity depend on genetics, as opposed to diet, exercise and other environmental factors?

“Age itself is the largest risk factor for diseases and disability among the elderly,” says Nadia Rosenthal, Ph.D., F.Med.SciInvestigates the role of genetic variation and the immune system in tissue repair, focusing on cardiovascular and skeletal muscle diseaseNadia Rosenthal , scientific director of The Jackson Laboratory’s mammalian genetics campus in Bar Harbor, Maine. “So, slowing or reversing the aging process would thus have tremendous impact on our society.”

And, says Rosenthal, “a growing number of studies in model organisms suggest that this once-unbelievable feat may be possible, and that the function of multiple tissues can be restored to more youthful levels.”

Take, for example, the naked mole rat. Not much to look at (per the name), but it has a kind of superpower known as “negligible senescence”: It simply does not age the way mice, humans and most other mammals do.

A number of processes, each driven by genetic mechanisms, contribute to aging (unless you’re a naked mole rat). Cells are self-replicating machines, and a slowdown in cell regeneration may hamper the function of tissues and organs. The immune system’s homeostatic surveillance may falter, increasing inflammation and reducing the capacity to clear out cellular byproducts. Mutations in cells occur more frequently and accumulate as we age. Big picture: The older we get, the more things go wrong in our cells.

Because you can’t fix what you can’t measure, the goal of intervening in these processes has been hampered by the difficulty of precisely measuring aging in humans, with their mixed-up genetics and haphazard diet and exercise regimes.

“Even if we had a treatment to make, for example, the human brain younger today, in order to deliver this treatment to the proper patients, we need to be able to measure the biological age of their brain noninvasively, so we know who needs treatment and who benefits from it,” says Rosenthal. “We also need measurements that apply to genetically diverse human populations and, ideally, measure rates of aging and deterioration rather than a single timepoint.”

There are about 3,000 different proteins in your blood plasma, the fluid that conducts cells through the circulatory system. In 2019 a Stanford University School of Medicine research team led by Tony Wyss-Coray published a paper in Nature Medicine based on analysis of the plasma of 4,263 people aged 18 to 95. The team determined that levels of 373 of these proteins, taken together, predict the participants’ ages with a high degree of accuracy.

Wyss-Coray and his collaborators have been refining these plasma-protein clocks, and he has now teamed up with Rosenthal for a bold research project, funded by the Milky Way Research Foundation, to explore the aging process in both humans and genetically diverse laboratory mice.

Studies of human aging depend on model organisms, animals whose natural lifespans are a fraction of humans’. In the wild mice survive for about three months, but in laboratory conditions they live an average of two years. JAX is a leader in utilizing  JAX Genetic Diversity Initiative (GeDI)The JAX Genetic Diversity Initiative is a strategic effort to increase the awareness and availability of diversity mouse populations and associated tools across the research community. These populations are powering a revolution in model organism research that will enable major advancements in the understanding of complex genetic traits. special mouse populations that carry as much genetic variation as the entire human population, making them ideal for studying the wide-ranging characteristics (or phenotypes, in scientific parlance) of aging.

Rosenthal’s team at JAX is raising a large population of genetically diverse mouse strains, from which they will collect functional data, as well blood, urine and tissue samples, over the lifespan of the mice. The Stanford group will analyze the samples and develop noninvasive, tissue-specific plasma protein-based clocks.

Wyss-Coray, who leads the project, says, “We are very excited to collaborate with Dr. Rosenthal and her team on what we believe will be the most highly phenotyped mouse aging cohort. We are particularly excited to study diverse genetic backgrounds in this project and explore the relationship between behavior and aging across multiple layers of biological molecules.”

The goal, Rosenthal says, is to identify the biological pathways and networks that affect susceptibility or resilience to the effects of natural aging in varying genetic contexts. “Then we can test the clocks in a large cohort of healthy people and patients with physical or cognitive decline and dementia, and start to plan precise intervention strategies to counter the dwindling quality of life that comes with aging.”