The complex regulation of protein abundance 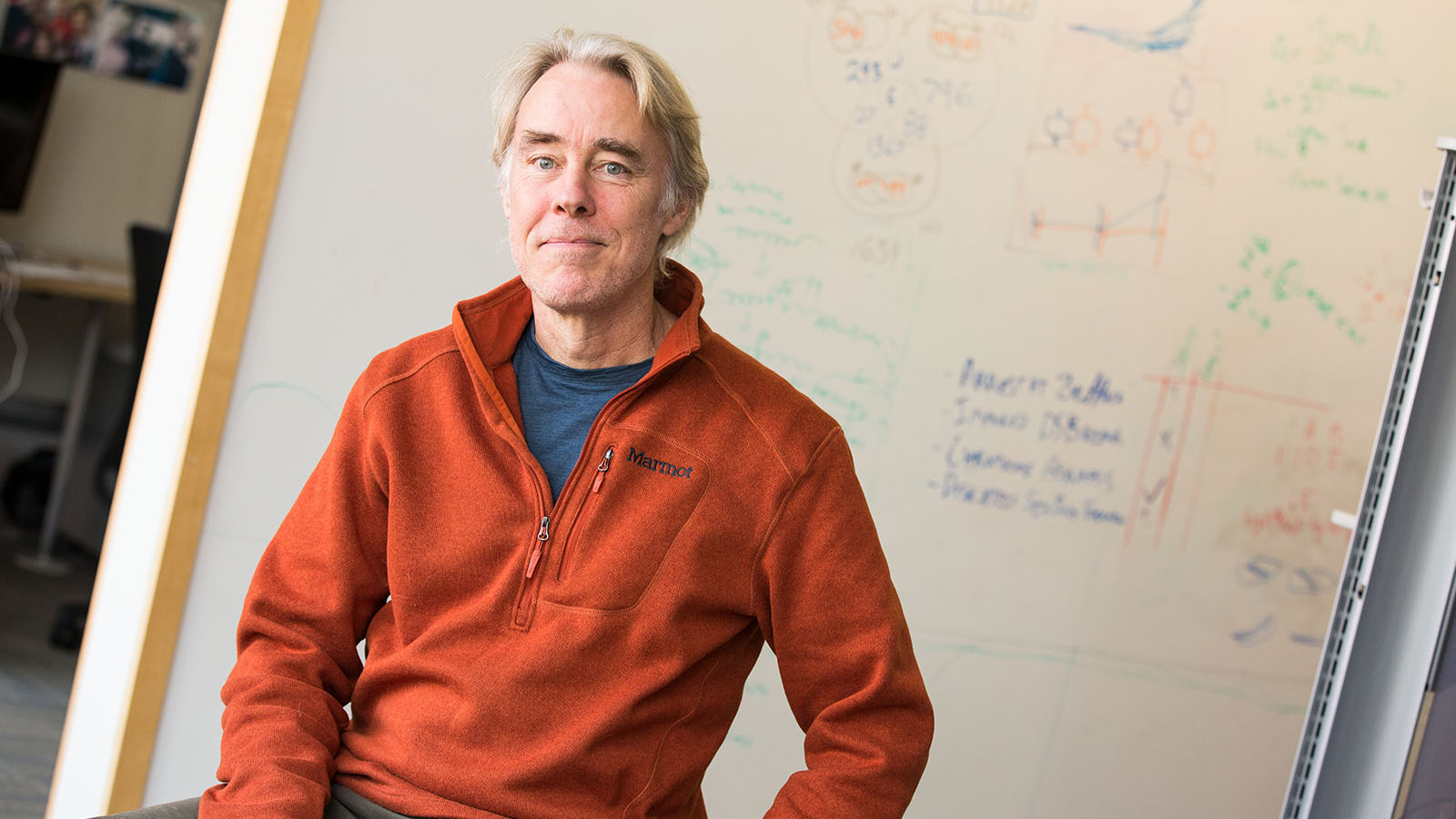 Using advanced mouse populations and newly developed research protocols for measuring proteins, JAX researchers are exploring how proteome is regulated, why it varies on individual genetics, and how consistent this is across different populations.

The proteome is the complete protein repertoire found within an organism. Proteins can be regulated through the expression levels of their transcripts, but this is not always the case. How is the proteome regulated, and how does it vary depending on individual genetics? How consistent is this regulation across different populations? Researchers using advanced mouse populations and newly developed research protocols for measuring proteins are exploring these questions. In “Regulation of protein abundance in genetically diverse mouse populations,” published in Cell Genomics, a team led by Jackson Laboratory (JAX) Professor Gary Churchill, Ph.D.Employs a systems approach to investigate the genetics of health and disease and complex disease-related traits in the mouse.Gary Churchill , Ph.D., identifies genetic factors that regulate protein abundance for individual proteins and for those that form multi-protein complexes.

The DNA in our genomes provides the underlying code for all our biological functions. Nonetheless, the connections between the genetic code and the proteins that carry out molecular tasks within our cells and tissues are far from straightforward. How does genetic variation affect the form an organism, such as a human, ultimately takes, including their health, susceptibility to disease, and longevity? Traditionally, researchers have investigated these questions by focusing on the expression of genes. Gene expression is easier to measure than the proteome. However, it is the proteins that ultimately perform the biological functions encoded in the genome. Advances in mass spectrometry, as used in this study, enable large-scale studies of the proteome. Studies of the regulation of the transcriptome and the proteome, along with phenotypes (an organism’s measurable traits), provide an essential baseline biological understanding and insights into dysfunction and disease.

The quantity of a particular protein in a cell is often determined by its own gene’s level of expression, but that is far from the only factor regulating protein abundance. Proteins can also be affected by the activity of other genes, such as those involved in protein degradation pathways or by the need to maintain balance across the subunits of multi-protein complexes. These factors can substantially impact protein abundance that is unconnected from the expression level of the genes that encode them. Understanding how the entire system of proteins in a cell is regulated is critical to understanding the genetics of health and disease. The processes that regulate protein abundance are complex. Still, if they are consistent across different populations, as this study suggests, the task of unraveling the complexity of protein regulation becomes more manageable.

The researchers used both the Collaborative Cross (CC) mouse strains and Diversity Outbred (DO) mouse populations for the study. The CC and DO mice are derived from the same founder strains and thus share a common set of genetic variants. However, the CC are comprised of distinct inbred strains, and the DO mice are deliberately outbred, as their name implies. The team obtained liver samples and quantified more than 9,000 proteins in male/female pairs from 58 CC strains, and 192 individual DO mice. Combining the abundance data with the high degree of genetic variation present in mouse populations, the researchers mapped protein abundance quantitative trait loci (pQTLs), which are locations within the genome associated with variation in protein abundance. They distinguished between two classes of pQTLs, local and distal. Local pQTLs represent genetic variation near the protein’s coding gene and identify genes that are directly regulated by gene expression. In contrast, distal pQTLs often represent genetic variation at other genes that interact with the protein after translation. Understanding this distal regulation is key to predicting the effects of interventions such as drugs that act by altering the proteome.

In summary, the team found that the regulation of individual proteins was very similar between these populations. The conservation was particularly strong for proteins with local pQTLs, but also applies, albeit to a lesser degree, to the proteins with distal pQTLs. Interestingly, they found that the abundance of proteins that are a part of multi-protein complexes can change to conform to the levels of other proteins in the complex. Overall, the findings showed that mechanisms of regulation of specific protein are conserved and can be revealed using genetically model organisms, including mice.

“The study emphasizes the utility of genetically diverse mouse populations for identifying the genetics that underlies relationships between the proteome and the resulting phenotypes,” says Churchill. “The data are available for the research community to further explore specific questions regarding the regulation of the proteome.”