What is needed for metastatic melanoma to spread in the body? 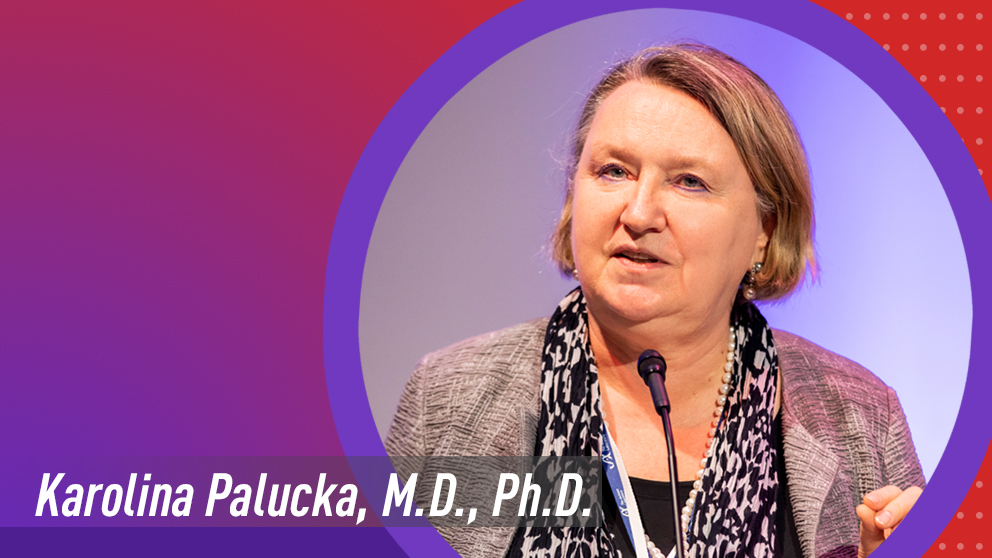 In melanoma and other cancers, the primary tumor can often be treated effectively, but any metastasis (spread of the cancer to other tissues or organs) significantly worsens prognosis.

Understanding the mechanisms of metastasis and how they might be targeted therapeutically is therefore a vital part of improving survival and quality of life for cancer patients.

Melanoma cells that break away from the original tumor face long odds, and most don’t adapt to their new environment well enough to survive. Recently developed therapies, including immunotherapies and those targeting specific cancer-promoting molecular pathways, are also providing improved survival for patients with metastatic melanoma. A significant fraction of patients still doesn’t respond, however. Researchers are therefore investigating what distinguishes the metastatic cells that do succeed at evading natural immune surveillance and targeted therapies to thrive in a different tissue.

Myeloid cells include eosinophils, basophils, neutrophils, macrophages and other components of the innate immune system. They are the front line of defense for pathogens and other things within the body not recognized as own tissue, but when not in balance, they can also promote inflammation and other harmful conditions. In cancer, neutrophils in particular have been identified as playing important roles in metastasis and cancer cell proliferation. And immature myeloid progenitor cells, which have not completely differentiated into mature, specialized cells, work to suppress adaptive immunity and can promote metastasis formation.

In both human patient and mouse melanoma model samples, the researchers found that melanoma cells found in the liver and spleen were present in close proximity to myeloid cells known as CD33+ cells. CD33 is a marker found on the surface of all myeloid cells CD33+CD11b+CD117+ progenitor cells are further distinguished by other cell surface markers. They are relatively uncommon, comprising only about four percent of the CD33+ cellular subgroup. But the research team found that the cells specifically mediated colonization of distant organs by metastatic melanoma cells in the humanized mouse model. The finding suggests that the cells can act as a biomarker for metastatic melanoma as well as provide a potential therapeutic target to block metastatic spread.