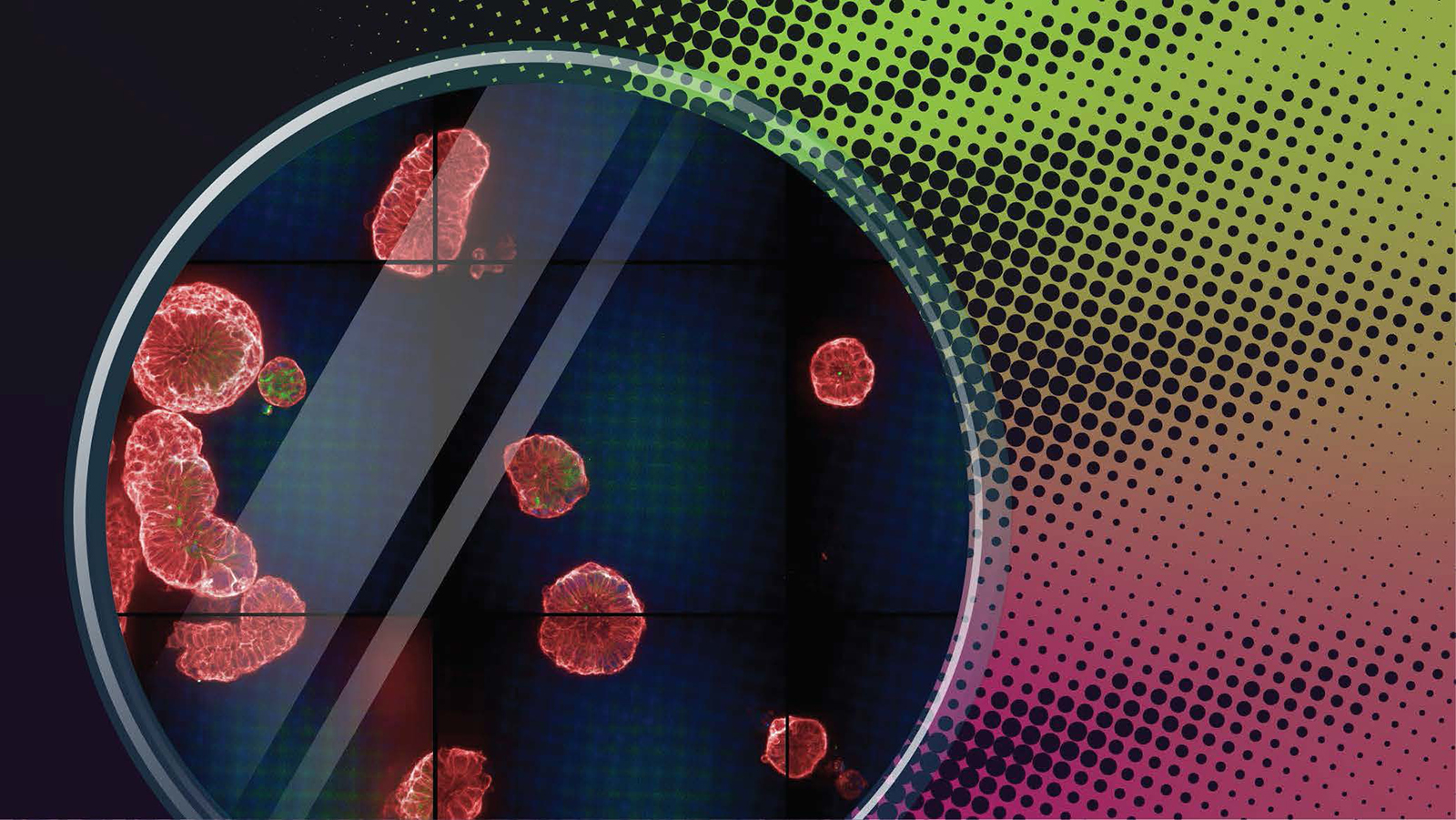 Organoids are considered one of the most significant scientific advances of the last ten years. They have revolutionized research across several fields, and they have continued to grow more advanced and helpful year over year. So, what are organoids, exactly?

One of the biggest challenges of researching organs in vivo (or as part of an entire, living organism) is that there is little room for error. Finding treatment for a patient’s kidney, intestine, heart, or any organ must be done carefully; if anything goes wrong, it’s the person’s life on the line. Enter the organoid.

First fully realized and developed in the early 2010s, an organoid is a miniaturized and simplified version of an organ produced in vitro (or outside the entire organism: on their own). The organoid has significant use for researchers as it can be grown, researched, then recreated if any treatments cause tissue harm. Isolating the treatments to an in vitro organ gives researchers flexibility; they can focus entirely on targeted treatments without worrying about harming a living patient.

How are organoids made?

Organoids are essentially just three-dimensional tissue cultures grown from stem cells. To get the organoids to grow “correctly,” scientists create a specific environment for the stem cells that allow them to follow their ingrained genetic instructions to organize in the specified structure.

This structure is tiny (anywhere from the width of a hair to around five millimeters), so it’s not as if researchers have a 1:1 scale human heart suspended in a lab! Using the specialized cell-culturing technique, scientists can grow an organoid of almost any organ in the human body: including the brain, heart, liver, kidney, and lungs.

Having an unparalleled way to observe how an organ reacts to disease or treatment has given scientists a powerful tool they’ve never had before. Now researchers can target one organ at a time and track results in real-time.

The challenge of organoids

As exciting as organoids are for researchers, more work still needs to be done. Namely, researchers want organoids to be more advanced to better simulate the complexity of the in vivo (within the body) environment. As of now, organoids lack vascular and immune cells, which means there is a strict limit on how big they can grow without cell death. They are also not interconnected with other cells and tissues, so they are unable to capture the full repertoire of interactions found in the body, such as immune signaling and metabolic feedback. This is a huge drawback for organoids versus in vivo research.

In addition to this, organoids can have variability: between batches of organoids from the same starting material, within a culture, or even between areas of an organoid itself. This means that organoids are not perfectly uniform even if they are grown the same way using the same materials. This variability will need to be reduced to increase the reliability of research using organoids.

How are organoids used?

Despite some of the challenges with organoids, they remain a useful tool used in several fascinating studies. The ability to generate an essentially unlimited amount of tissue to test is the primary strength of organoids, particularly in rare disease research. Developing treatments for rare disease can be difficult due to relatively small affected populations, an issue which could be dramatically mitigated with organoid use.

Besides use in rare disease research, organoids have been used in other therapeutic studies, including examining brain neurons, misfiring stem cells, and even insulin production. The organoid can be used in any application where researchers want to take a closer look at a process. This visibility is even more powerful when it’s a process that is hard to observe in vivo or a rare process.

What does the future hold for organoid research?

Organoids have a considerable upside for researchers. They can be grown relatively rapidly and cheaply, and they can model a variety of organs and structures within the body that researchers can fully observe. Due to this, despite the drawbacks of organoids being a relatively young technology, organoids are of high interest to a broad field of researchers, and they will continue to be developed as a potent weapon in the fight for personalized treatments.