Improving the next generation of cancer immunotherapies 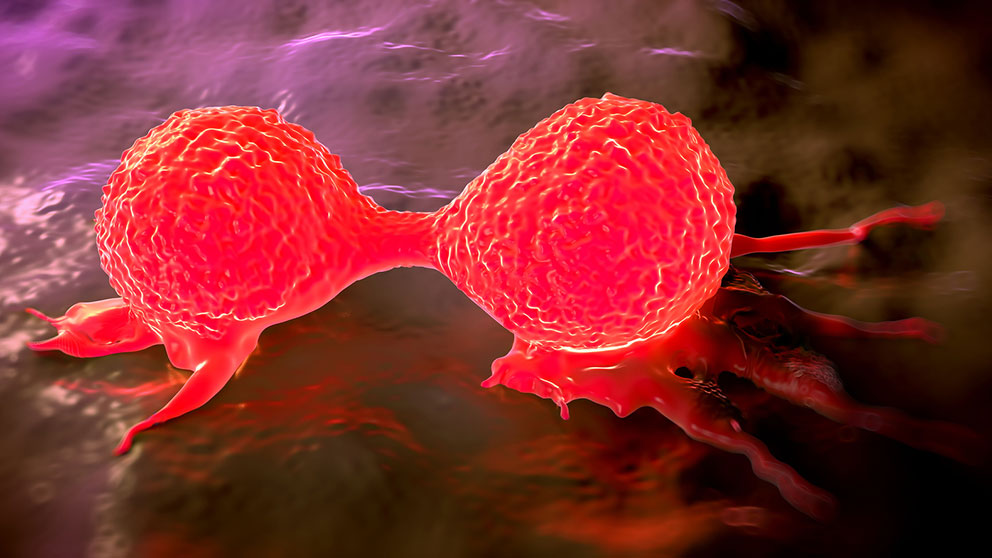 Cancer cells have significant differences from normal cells, and the differences can serve as treatment targets. Recent progress in immuno-oncology, which leverages our own immune systems to recognize the differences and kill cancer cells, has provided a powerful new clinical option.

But patient response rates to current immunotherapies are still relatively low, and researchers are using model systems to learn why and to make them more effective for more patients.

Immune system surveillance eradicates most malignant cells before they can cause harm. But as they begin to grow, tumors develop the ability to evade surveillance. How are cancer cells able to grow and thrive after a certain point? It turns out that they use the immune system’s own network of checks and balances against it. So-called checkpoints are vital for normal immune function, as they prevent too-strong immune activation, which leads to toxicity. But in cancer they become a barrier, used by cancer cells as a shield to suppress immune activation so the tumors can grow unimpeded.

Over the past two decades, researchers have discovered how to block particular immune checkpoints as a form of therapy. Immunotherapies in effect reveal the tumor to the immune system, which is then able to attack and eradicate it. When immunotherapies work, the results can be spectacular. But in some patients they work too well in a way, leading to immune toxicity, while in others the response is not strong enough, allowing the tumor to continue growing. Improving and refining immunotherapies therefore remains essential in order to maximize their clinical benefits.

In a paper published in Cancer Cell, “Developing and validating model systems for immuno-oncology,” Jackson Laboratory Professor Karolina Palucka, M.D., Ph.D.Conducts research to understand how vaccines work and to define precisely the immune mechanisms that underlie vaccination, with a focus on cancer immunotherapies.Karolina Palucka , M.D., Ph.D., and colleagues present the current state of immuno-oncology modeling and suggest steps forward. The authors track recent advances with in vitro, ex vivo, in vivo, and computational research systems and models, each of which has specific advantages and limitations. That said, a combination approach—such as merging computational and in vivo mouse models to generate new hypotheses then test them in the lab—can expand research capabilities for many applications beyond those provided by any single model.

Challenges for the future

The difficulty of effectively modeling human cancers and immuno-oncology responses is exacerbated by profound patient-to-patient variabilities. Microenvironments—the conditions present where tumors are located in the body and the interactions that take place between them and the normal cells and tissues immediately adjacent—play a profound role in cancer progression and treatment response, but they can differ significantly between patients. Cancer cells also evolve as they grow and divide, leading to cell-to-cell differences even within the same tumor. Accurately representing microenvironmental conditions, selection pressures, patient variability and other factors in a model is a daunting task.

As Palucka and her co-authors document, several large-scale programs, many spearheaded by the National Cancer Institute (NCI) are working to address the difficulties involved. Of direct relevance is the Oncology Models Forum, a program to expand and improve mammalian cancer and tumor models, including novel mouse models for research into specific human cancers. There are also the Tissue Engineering Collaborative, which advances innovative in vitro and ex vivo cancer research systems including 3D models of mouse and human biology, and the NCI Comparative Oncology Trials Consortium, which focuses on canine cancers and developing novel cancer treatments, including immunotherapies, for dogs that may translate to human clinical trials. Other efforts involve expanding and improving patient-derived xenograft (PDX) cancer models, collecting, curating and sharing data and biospecimens and more. The NCI is also supporting the establishment and use of common data formats and standards so that datasets can be integrated and provide additional insight for advancing immunotherapy development.

The emergence of cancer immunotherapies is among the most exciting recent developments in oncology, if not all of medicine. Their potential remains far greater than has been realized, however, and increasing patient response rates and limiting toxicity depends on preclinical research using ever-improving model systems and methods. Therapies that emerge with better patient and tumor specificity and enhanced immune cell interactions will provide clinicians with even more powerful options and patients with better prognoses.