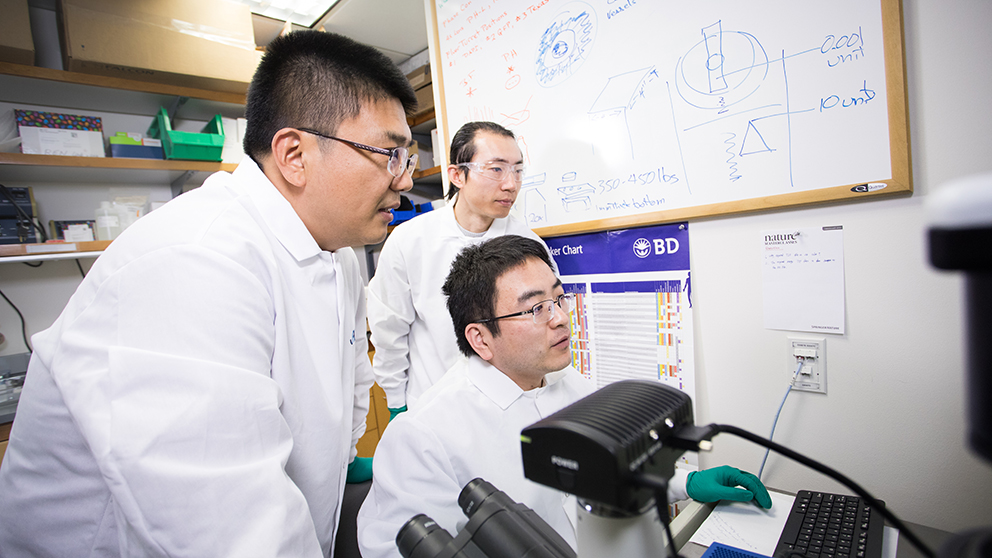 As cancer therapies improve and grow ever more precise, many cancers can be eradicated or effectively shut down at their site of origin. While medically serious, these primary tumors usually have growth pathways that are targetable, and there are now many effective treatments available. Nonetheless, there were 9.5 million cancer deaths worldwide in 2018, and that number is expected to jump to 16.4 million by 2040. So why do so many patients still die?

Metastatic cancer is the most dangerous and remains the most lethal.

Unfortunately, not all cancer cells are the same, even within the tumor, and not all of them stay put. Some break away from the primary tumor and move to other locations in the body, in a process known as metastasis. Metastatic cancer is the most dangerous and remains the most lethal. Understanding the processes and variables underlying metastatic cancer and how it might be stopped is therefore essential if we are to make the next leap forward in improving cancer care.

How does cancer spread?

When cancer begins, it usually involves a single rogue cell. Somehow the brakes come off the carefully controlled cell division cycle, allowing the cell, and eventually its many descendants, to grow and divide with relentless speed. As it grows, it quickly adapts to and co-opts biological systems within its particular organ or tissue.

At a certain point, however, cancer cells begin to move, either by growing into other tissues or separating from the original tumor. Cells that break away travel through the blood stream and lymph system to other places in the body. These cells face long odds, and most of them are eliminated by the immune system or fail to adapt to the environment in which they settle. Sometimes they escape immune surveillance for long enough, and adapt to their new environment quickly enough, to survive the transition. Eventually—weeks, months or even years later—they begin to thrive once again and grow aggressively, resistant to treatments that may have worked well for the primary tumor.

Cancer researchers are investigating the steps in the metastatic process to look for ways to stop cancer from spreading. Could immune surveillance be enhanced to eliminate cells before they reach other areas of the body? Could the environments in other tissues be made less hospitable to the cells that infiltrate them? And if they’re not eliminated before reaching a destination, is there a way to maintain metastatic cells in a senescent state, keeping them inactive by undermining their ability to grow and divide? If the answer is yes, and a therapy can be developed that prevents metastatic cancer growth, it would save many lives.

Assistant Professor Guangwen "Gary" Ren, Ph.D.To study tumor microenvironment and tumor immunology in cancer therapeutic resistance and metastatic relapseGuangwen “Gary” Ren, Ph.D., investigates cancer micro-environments, the normal tissues and cells immediately adjacent to cancer cells and tumors. There are many interactions between cancer cells and their immediate cellular neighbors, some of which are quite important for cancer growth.It’s particularly imperative for the cancer cells to evade and eventually co-opt the local immune cells that might otherwise recognize and destroy them. Not many accomplish this feat, but those that do are able to grow while actually being protected by the immune cells that would normally kill them.

When metastatic cancer cells migrate elsewhere in the body, they’re on their own, and have to deal with a new environment and immune cells. So how are they able to succeed in there, so to speak? Ren is investigating the complex interplay between immune cells and cancer cells, and between different kinds of immune cells, that can dictate success or failure of metastatic cancer spread. Of particular interest are cells known as neutrophils, which are part of the innate immune system, the first line of defense against invading pathogens. Recent research in Ren’s laboratory has shown that neutrophils also play surprising roles in cancer metastasis.

Ren and his team worked with specialized mouse models to look at breast cancer cells that migrate to lung tissue, a common site for breast cancer metastatic spread. They are often eliminated by either neutrophils or natural killer (NK) cells, another component of the innate immune system. In an unexpected result, however, Ren found that when both neutrophils and NK cells are present in lung tissue, the neutrophils don’t react against the cancer cells. Instead, they actually inhibit NK activity, helping the metastatic cells survive and increasing the chance of cancer spread. The finding helps to explain why treatments that increase neutrophil counts in cancer patients, which are often greatly reduced by chemotherapies, are associated with higher risk for subsequent metastatic disease.

In addition, the research team discovered that neutrophils in the lung tend to stock up on fuel in the form of lipids when a breast cancer tumor is growing. Interestingly, the process is stimulated by molecular signals sent from the tumor itself, even before its cells begin to migrate elsewhere. Then, when circulating cancer cells do arrive in the lung, the neutrophils transfer the lipid fuel to them, increasing their ability to survive and proliferate.

More research is needed into exactly why neutrophils function as both safeguards against metastasis and, in different contexts, as part of the support system for it. Nonetheless, Ren’s findings provide intriguing targets for therapy refinement and development. For example, assessing NK/neutrophil populations can help inform whether or not to increase neutrophil counts following initial therapy. And disrupting the signaling/metabolic cascade that helps fuel metastatic cancer cells in the lung could greatly reduce the chances for successful spread. These and other treatment regimens are both parts of the larger effort to derail cancer spread and, ultimately, deaths from metastatic cancer.