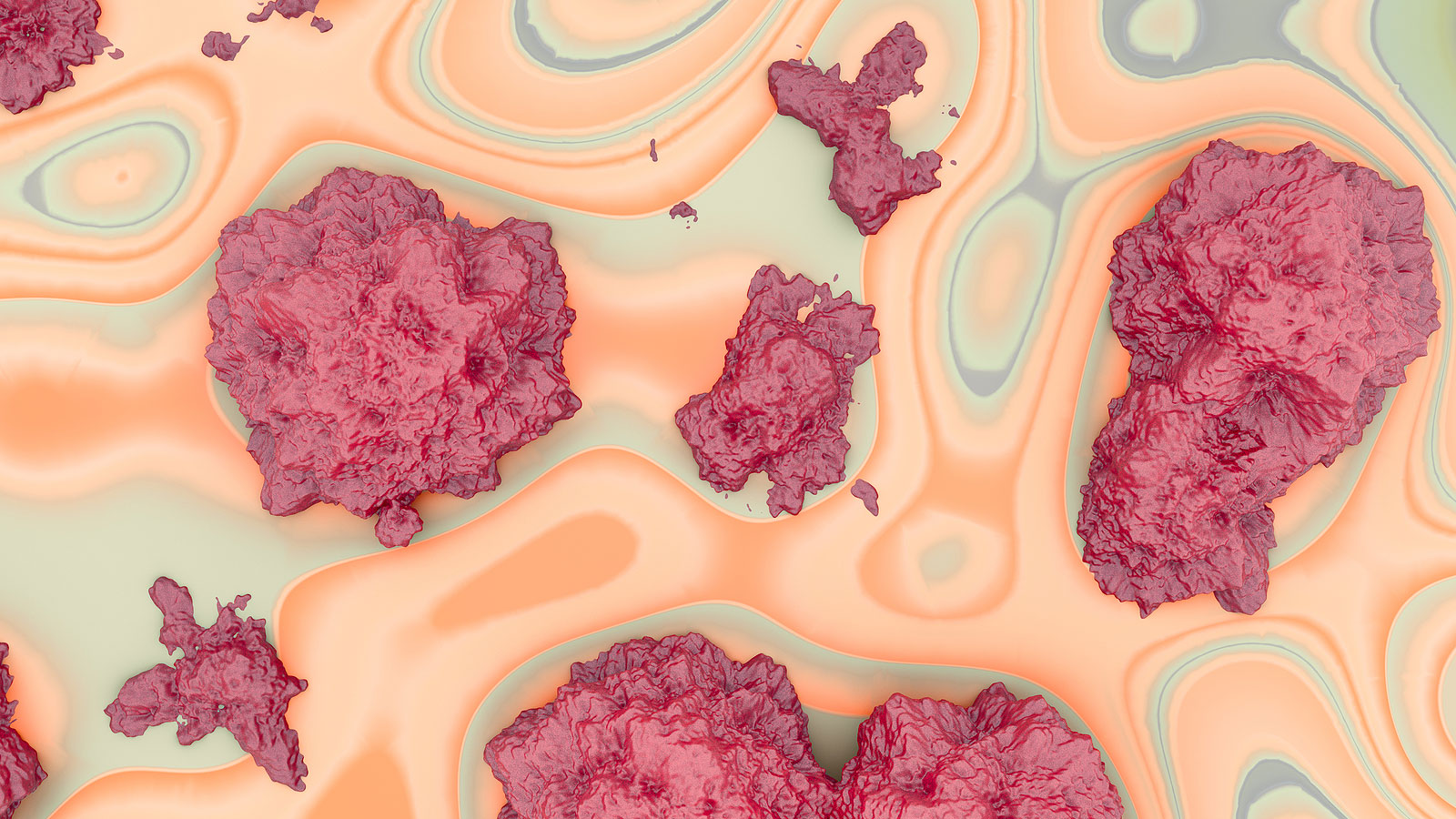 Most cancer deaths are caused by metastasis, where cells separate from the original tumor and spread to different areas of the body. Fortunately, metastatic spread is an inefficient process, and almost all of the cells fail to evade immune destruction or sufficiently adapt to divide and grow in the new environment. But any metastatic cancer cells that are able to survive the transition can become very dangerous.

Researchers are working to better understand the mechanisms of metastasis and identify ways to inhibit it in cancer patients. Recent studies have focused on interactions between cancer cells and cells within the microenvironments to which they migrate, which can determine the success or failure of metastatic spread. In “Lung mesenchymal cells elicit lipid storage in neutrophils that fuel breast cancer lung metastasis,” published in Nature Immunology, a team led by JAX Assistant Professor Guangwen "Gary" Ren, Ph.D.To study tumor microenvironment and tumor immunology in cancer therapeutic resistance and metastatic relapseGuangwen “Gary” Ren, Ph.D., and including JAX Professor Lenny Shultz, Ph.D.Investigates human immunological diseases and malignancy through the development and leveraging of novel humanized mouse modelsLeonard Shultz, Ph.D., and Assistant Professor  Sheng Li, Ph.D.Applies data integration and machine learning to advance the frontiers of cancer epigenomics and evolution. Sheng Li, Ph.D., shows that when breast cancer cells migrate to the lung in mice, certain cells within the lung environment can help fuel their continued growth.

Neutrophils are key cells in the innate immune system, which is the first line of defense against infectious pathogens. Neutrophils play complex roles in cancer metastasis,  Immune cell interactions affect cancer metastasisDual roles of neutrophils in metastatic colonization are governed by the host NK cell statusas previously documented, and their presence in tissues throughout the body make them important components of tumor and metastatic cell microenvironments. The new study reveals a previously unrecognized attribute for neutrophils in metastasis, however: fuel source.

Under normal circumstances, neutrophils in lung tissue appear to carry more lipids, particularly triglycerides, than when they’re elsewhere in the body. The lipid accumulation increases during pre-metastatic breast cancer progression. Looking at the gene expression in neutrophils isolated from the lung versus other tissues, the researchers found that the genes that inhibit adipose triglyceride lipase (ATGL), which breaks down triglycerides in the cell, were more highly expressed in the lung. To further investigate the mechanism, they cultured neutrophils with different cells present in lung tissues and found that lung mesenchymal cells specifically upregulate lipid accumulation in the neutrophils.

Mesenchymal cells typically contribute to tissue regeneration and wound repair. In pre-metastatic breast cancer, however, they respond to immune signaling molecules, known as inflammatory cytokines, produced by the tumor by reinforcing the accumulation of lipids by neutrophils in the lung. Then, when circulating tumor cells reach the lung, the neutrophils transfer the stored lipids to them, improving their ability to survive and proliferate in the new environment.

Further research is needed into the multifaceted functions of neutrophils in metastasis, but the findings provide intriguing potential targets for anti-metastatic therapies. The researchers found that inhibiting the transfer of lipids from neutrophils to cancer cells reduced metastatic colonization of the lung by breast tumor cells. Similarly, counteracting the inhibition of ATGL function in neutrophils could diminish the amount of metabolic fuel awaiting the disseminated tumor cells. Future metabolomics analysis of the vital organs prone to metastasis will help develop organ-specific treatments against metastasis.