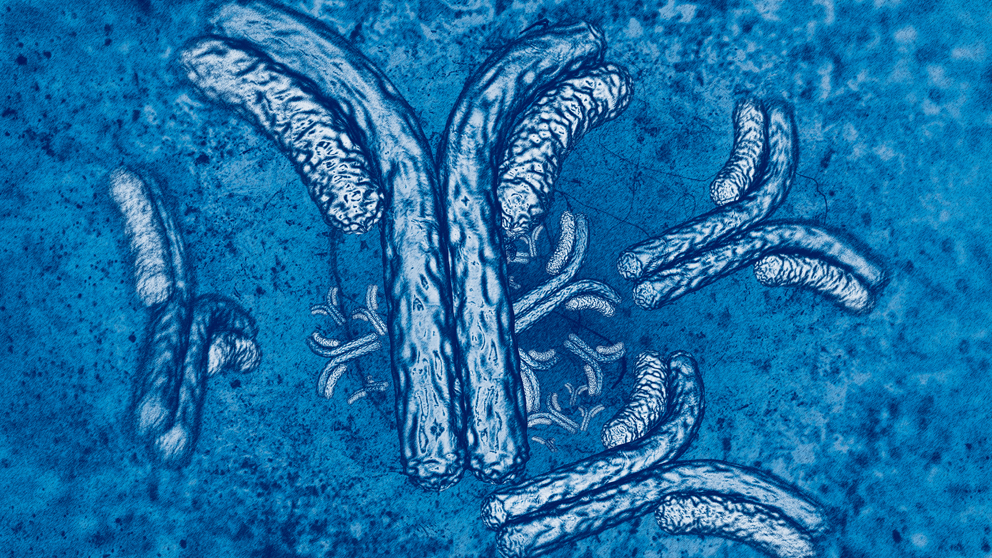 Type 1 diabetes (T1D) is a complex autoimmune disease in which the insulin secreting beta cells in the pancreas are attacked and ultimately destroyed by the immune system. The immune dysfunction that allows the destruction of own tissue in T1D is not necessarily limited to the pancreas, however. NOD mice, a prominent mouse model for T1D research, are also prone to disorders resembling other autoimmune diseases, including Sjogren syndrome, systemic lupus erythematosus and neuritis. Autoimmune reactions to nervous system components have also been reported in T1D and multiple sclerosis patients.

In a study that brings significant elements of immunology and neurodegeneration research into play, Jackson Laboratory (JAX) Professors David Serreze, Ph.D.Researches the genetic basis for immunological tolerance to endogenous (own) proteins, and the defects that can lead to autoimmune diseases such as type 1 diabetes (T1D).David Serreze, Ph.D. (immunology), and Rob Burgess, Ph.D.Studies the molecular mechanisms of synapse formation, development and maintenance in peripheral neuromuscular junctions and retina.Robert Burgess, Ph.D. (neurodegeneration), collaborated to investigate NOD-PerIg mice, transgenic mice with B cells that express immunoglobulin molecules reactive against the protein peripherin. In a paper featured on the cover of the October issue of The Journal of Immunology, “T cells from NOD-PerIg Mice Target Both Pancreatic and Neuronal Tissue,” the research team shows that a subset of NOD-PerIg T cells attack both pancreatic and neuronal tissue when transplanted into NOD.scid immunodeficient mice.

Peripherin is a filament protein that is expressed primarily in peripheral nervous system neurons. Its exact function remains poorly defined, but because it is most highly expressed during early development and post-injury, it is thought to contribute to cellular growth and structure. Interestingly, it is also expressed in developing pancreatic beta cells but is not detectable in the adult pancreas. It is therefore possible that there is an autoimmune response against peripherin in the early stages of T1D development. And peripherin autoreactive B cells that increase T cell activity in the pancreas may also expand peripherin-reactive T cells that contribute to autoimmune neuritis.

NOD-PerIg mice have accelerated T1D development, with the B lymphocytes proliferating within pancreatic islets and expanding pathogenic T cell populations. The NOD.scid immunodeficient mice receiving T cells or splenocytes from NOD-PerIg donors represent the first model in which to study autoimmune neuritis that manifests in addition to T1D. The researchers speculate that the peripherin-reactive T cells attack unmyelinated axons or nodes of Ranvier in a mechanism different from the demyelination seen in previously reported cases of neuritis, in which myelin itself is the antigenic target. Further investigation into differences between islet- and nerve-infiltrating peripherin-reactive T cells will provide further clarification of the mechanisms involved.