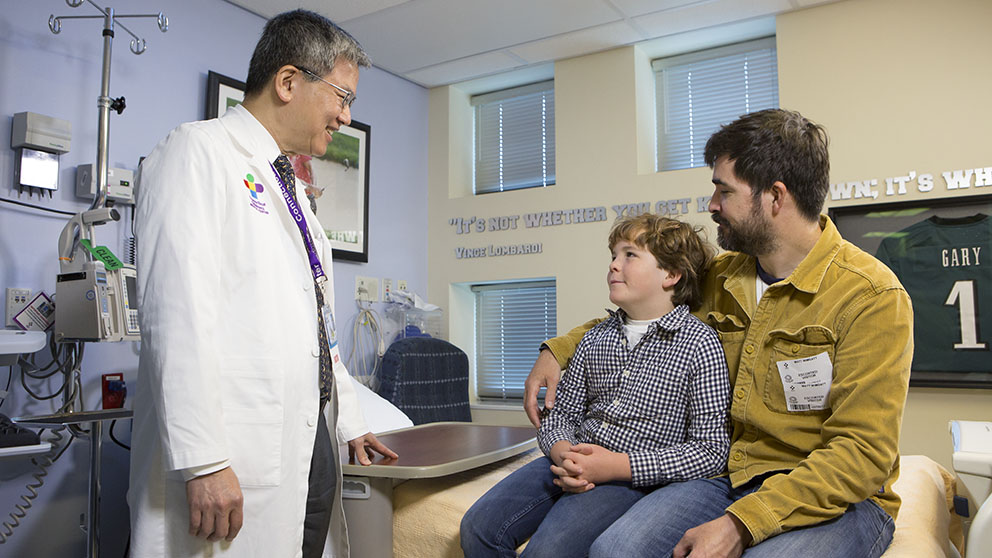 Brain cancer as a general term is frightening. Indeed, brain cancers are highly dangerous, and to make it worse they are the second most common cancers to afflict children, after blood cancers. But they come in distinct forms, and understanding the molecular drivers of brain cancer initiation and progression in individuals makes it possible to find potential precision therapy targets.

Ependymoma is the third most common malignant pediatric brain tumor, and it is classified into three groups: supratentorial, infratentorial and spinal. There is no current chemotherapy available for ependymomas, and treatment consists of surgery and, in some cases, radiation therapy. Radiation can have detrimental effects on the developing brain, however, and a targeted therapy is urgently needed.

Prior research identified a fusion protein, called C11orf95-RELA, in 70% of supratentorial ependymomas. Fusion proteins are produced when usually separate DNA segments are transcribed together and produce a combined protein, such as the well-known “Philadelphia chromosome” fusion that causes chronic myeloid leukemia. How C11orf95-RELA contributes to ependymomas has remained largely unknown, however. In “C11orf95-RELA reprograms 3D epigenome in supratentorial ependymoma,” a paper published in Acta Neuropathologica, a team led by JAX Assistant Professor Albert Cheng, Ph.D., and JAX Professor Ching Lau, M.D., Ph.D., who also serves as chief of Hematology-Oncology at Connecticut Children’s Medical Center and head of the Division of Pediatric Hematology-Oncology at the UConn School of Medicine, reveals that the two components of the fusion protein act in concert within the nucleus, with deleterious results.

RELA has long been known as a subunit of a well-known transcription factor, proteins that regulate the expression of other genes. C11orf95 comes from a protein of unknown function. It was therefore thought that RELA was the more important contributor to ependymoma initiation. Surprisingly, however, the researcher team found that the C11orf95 fragment primarily determines to which DNA segments the fusion protein binds. The RELA fragment then stabilizes the binding dynamic and drives the expression of ependymoma-associated genes.

The researchers also found that the fusion protein affects the regulatory landscape of the cellular genomes, leading to the reprogramming of gene transcription. In particular, the team identified the enhanced expression of many signaling pathways implicated in cancer initiation and maintenance. Targeting only one such pathway, Notch, did not change ependymoma cell survival and growth in vitro, but inhibiting multiple pathways provides therapeutic potential. Future work will further explore this possibility in additional cell lines and primary tumors, as well as continuing to define precise ependymoma subtype differences that will affect treatment strategies.