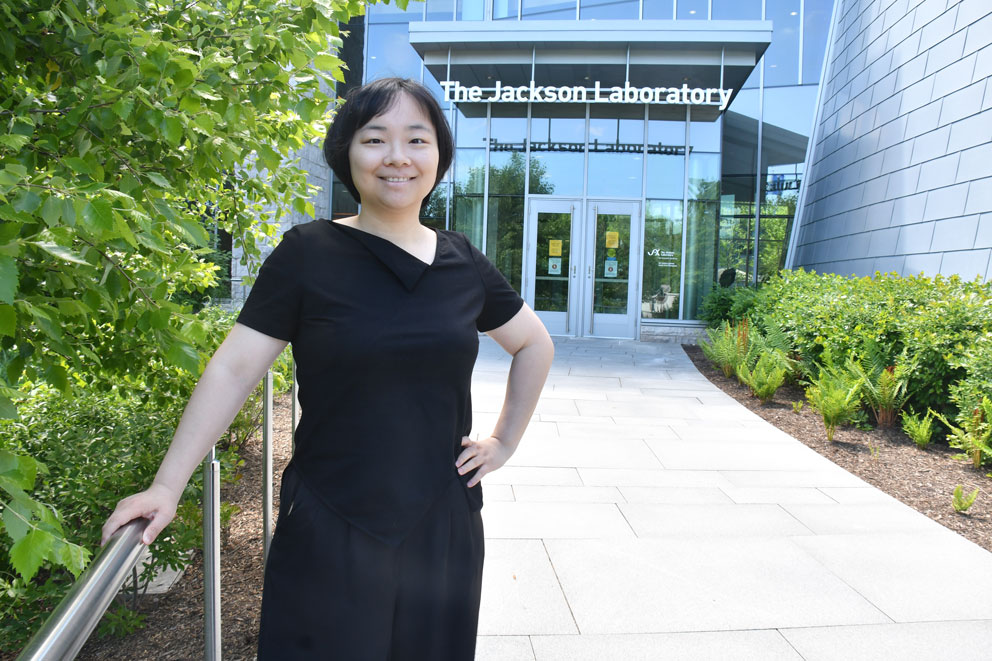 It’s long been recognized that cancers are associated with genetic mutations. Some disrupt the function of genes that are important for cancer suppression (e.g., p53), while others involve increases in the activity of tumor promoters (e.g., myc). About half of the genetic perturbations lead to cancer through less direct mechanisms, however. For example, disruption of genes that regulate epigenetic processes (the addition or removal of chemical compounds that affect genome function but do not change the DNA sequence) are also now implicated in certain cancers, including blood cancers.

About 80,000 Americans are diagnosed with lymphomas and about 20,000 die from them every year (American Cancer Society). The average five-year survival rate of lymphoma is about 75 percent, leaving much room for improvement in treatments. Diffuse large B-cell lymphomas (DLBCLs), the most common form of non-Hodgkin’s lymphoma, are known to exhibit disruption of cytosine methylation in particular, and it plays a role in both its biology and in clinical outcomes. Nonetheless, the molecular mechanisms underlying how the aberrant epigenetic changes arise remain relatively unexplored. Now, in “TET2 Deficiency Reprograms the Germinal Center B-cell Epigenome and Silences Genes Linked to Lymphomagenesis,” a paper published in Science Advances, a team led by Jackson Laboratory Assistant Professor  Sheng Li, Ph.D.Applies data integration and machine learning to advance the frontiers of cancer epigenomics and evolution. Sheng Li, Ph.D., presents the consequences of mutations to a gene, TET2, that is involved with epigenetic processes and is altered in approximately 12% of DLBCL patients. The discoveries point to the possibility of new lymphoma treatments that would restore the protective effect of TET2 in tumors where it has been mutated.

TET2 is part of a family of enzymes that demethylate cytosine, which can result in the removal of the methyl group or change it to a different epigenetic mark, including what’s known as 5hmC. In general, methyl groups repress gene expression when added to DNA bases, whereas 5hmC marks can promote the expression of the same genes. Li and colleagues investigated the effects of TET2 dysfunction in immune cells known as B-cells, which must develop and differentiate to respond to immune threats such as pathogenic microbes.

DLBCLs arise from B-cells undergoing the differentiation process, and the researchers found that when TET2 function is disrupted in mice, the B-cells exhibited a hypermethylated epigenetic pattern, in which the expression of important genes remains suppressed. When they investigated DLBCL cells from human TET2 mutant patients, they found similar hypermethylation patterns and suppression of gene expression. The hypermethylation pattern leads to gene silencing that interrupts the precise regulation of gene expression, blocking B-cell differentiation.

Ultimately, the hypermethylation contributes to the development of malignancy and the initiation of lymphoma. The findings relate to an intriguing clinical insight, in that high-risk DLBCL patients have responded promisingly to treatment with DNA methyltransferase inhibitors. Identifying TET2 mutant patients may help identify those who will particularly benefit from epigenome-based therapies, restoring expression of aberrantly silenced genes and improving clinical outlooks.