Three-dimensional genomic compartments and sub-compartments help regulate gene expression across the genome. As more data comes out about 3D genomic structures, there is an increasing need to efficiently identify and characterize sub-compartments and their roles in genome function. Sheng Li and her team developed a new computational tool, SCI, that outperforms previously developed algorithms for this purpose. 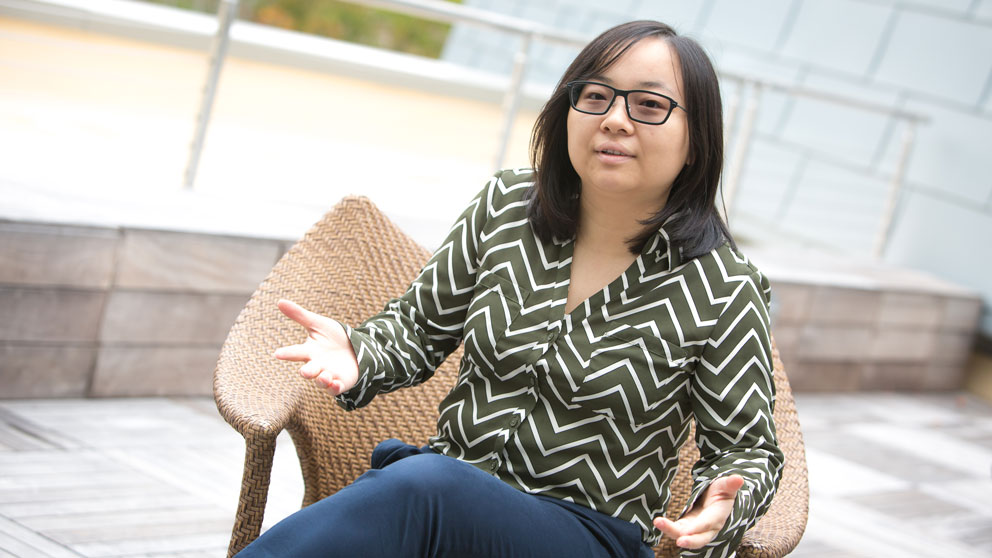 The correct sequence of DNA bases is important, but not sufficient, for proper genomic function. In fact, the regulation of genomic activity, particularly which genes are expressed at what times, involves many more factors. For example, it’s now known that the three-dimensional (3D) organization of chromatin (the complex of DNA, proteins and chemicals that make up chromosomes) can provide physical access to genes (open chromatin) or block them (closed chromatin), increasing and decreasing their expression levels respectively.

Advances in 3D genome methodology have provided researchers with the ability to map chromatin looping and interactions in unprecedented detail. The results have shown that beyond classifying chromatin simply into open or closed compartments, important sub-compartments within the larger groups exist. Using this information, Jackson Laboratory (JAX)  Sheng Li, Ph.D.Applies data integration and machine learning to advance the frontiers of cancer epigenomics and evolution. Assistant Professor Sheng Li, Ph.D., and her team developed a new computational algorithm, called Sub-Compartment Identifier (SCI), to automatically and accurately predict sub-compartment locations and types within the genome.

New research initiatives are generating robust Hi-C datasets, increasing the need for efficient analysis tools such as SCI. The findings will expand our knowledge of the complex interactions between chromatin organization, gene expression and other factors, such as epigenetic marks. Ultimately, the goal is better understanding of the layers of gene-expression coordination that are important for development and disease states.