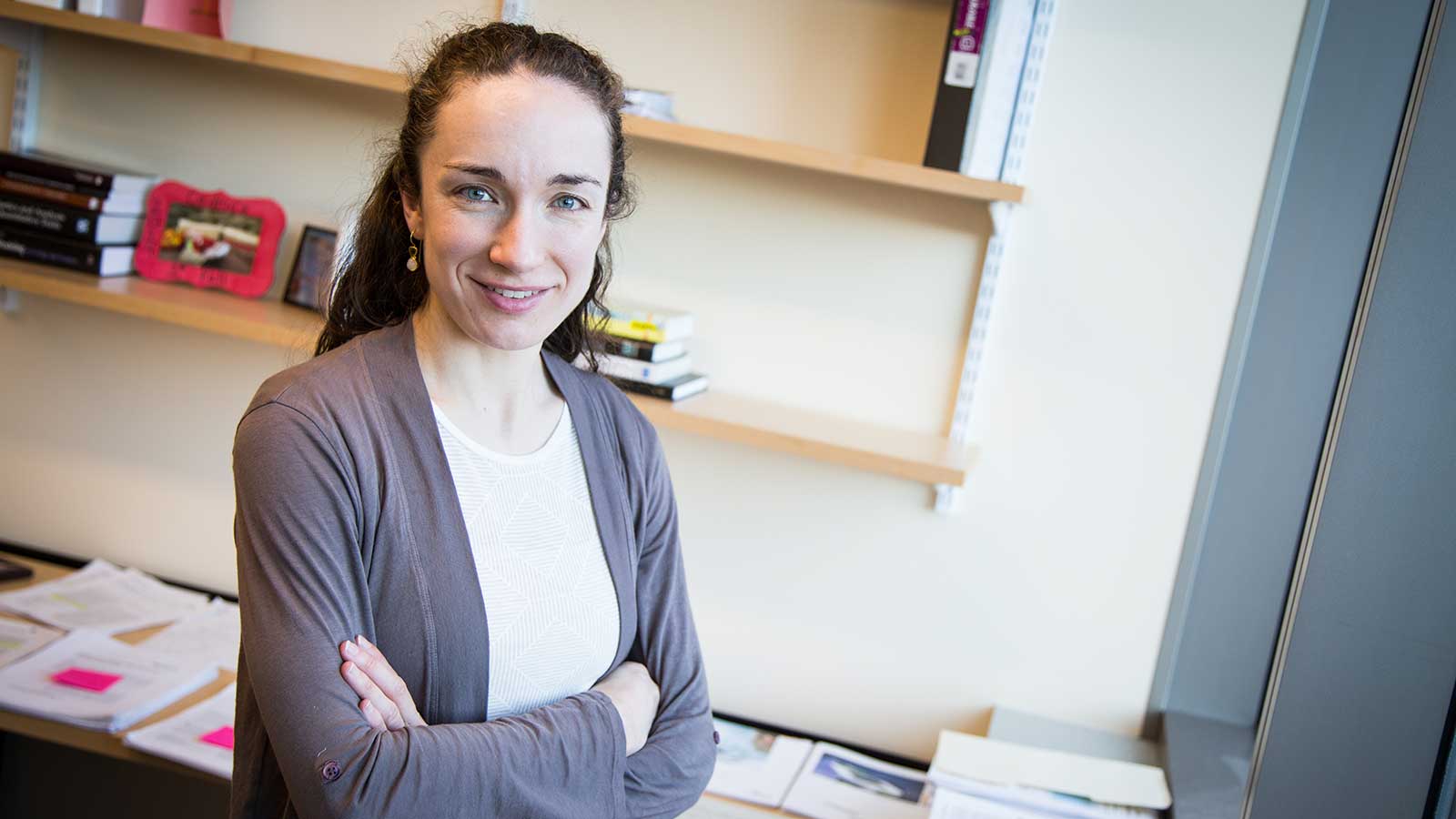 One of these mechanisms is recombination. During meiosis, which gives rise to sperm and egg cells with precisely half the amount of DNA as other cells of the body, chromosomes with similar DNA sequences connect and swap pieces of their DNA.

Dumont’s work has demonstrated that both the frequency and the placement of recombination events along chromosomes are surprisingly variable between males and females, among individuals and among species.

The National Science Foundation (NSF) has awarded Dumont with a five-year grant for her research program to identify the causes of natural variation in recombination. The grant is from the NSF’s prestigious Faculty Early Career Development (CAREER) program, which is aimed at fostering the careers of young scientists with exceptional leadership potential.

“Recombination produces new DNA combinations and can drive evolutionary change,” Dumont says. “On the other hand, defects in recombination can result in sperm or eggs with too little or too much DNA.” Such genetic errors can cause infertility, lead to miscarriage and contribute to developmental disability in humans.

Findings from this work could lead to the discovery of new targets for improving species of agricultural and economic importance, as well as clinical tests for identifying patients with genetic mechanisms of infertility.

Besides the research program, the new grant also funds a range of educational activities that will create new evolutionary genomics education and research opportunities in Maine. Dumont and her lab will develop new course content and materials to advance the state of genomics education in Maine high schools, provide mentored research opportunities for undergraduate students, and create a new graduate-level course in evolutionary and population genomics.

“I’m really excited to have this award,” Dumont says. “It takes everything full circle for me. I can combine the theoretical grounding in genetic conflict that I acquired in my undergraduate research with the computational skills and evolutionary model system that I developed during my formal graduate and postdoctoral training. And it gives me the chance to pay forward the education and mentored research opportunities that gave me – a poor kid from rural Maine – the chance to pursue a career in science.”

In announcing the award to Dumont, the NSF stated, “Overall, this career development program will prepare an early-stage female investigator to make substantial life-long contributions to science through original research, mentoring and education.”