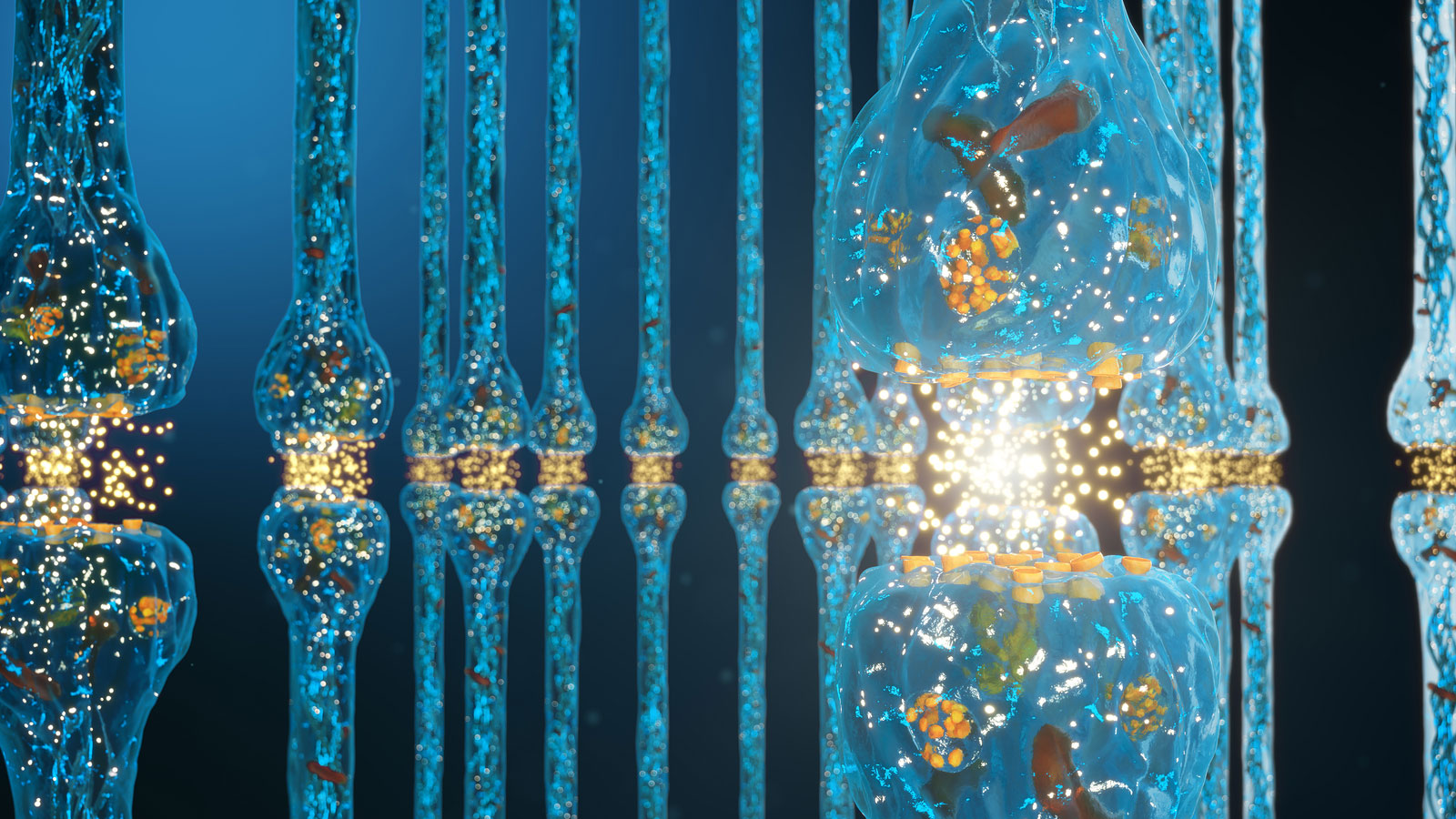 Abnormal alternative RNA splicing—in which mRNAs from the same gene are processed differently, leading to different forms of the protein product—has been implicated in several neurological diseases. JAX Associate Professor Zhong-wei Zhang explores the effects of one such splicing event during neurodevelopment, which can lead to increased susceptibility to seizures in adults.

The complexity of brain development and function is well recognized, and many details remain to be explored. Better understanding of neural mechanisms is of particular importance for improving therapies for mental health and neurological disorders, many of which remain difficult to effectively treat in the clinic.

A family of receptors in the brain known as N-methyl-D-aspartate (NMDA) receptors are key players in synapse development between neurons in the brain. They also play important roles in synaptic plasticity, a process underlying learning and memory through which some synapses are retained—and perhaps strengthened through use—and others are weakened or pruned away. NMDA receptors generate excitatory currents, leading to neuron activity and “firing.” Too much of a good thing can be a problem, however, and dysregulation of NMDA receptor activity can lead to over-activation and seizure susceptibility.

The NMDA receptors themselves are somewhat complicated structures comprised of multiple protein subunits. Plus, their subunits may vary slightly between different areas of the brain at different times. Associate Professor Zhong-wei Zhang, Ph.D., led a team at The Jackson Laboratory (JAX) to investigate the effect of one such variation, the splicing out of exon 5 from the Grin1 mRNA. As they report in the Proceedings of the National Academy of Sciences, this alternative splicing event—essentially the addition of part of a subunit protein—helps regulate the maturation of excitatory transmission in specific areas of the brain. The team also found that defects in the regulation of the splicing can contribute to seizure disorders in adult mice.

The gene Grin1 encodes the essential subunit GluN1 of NMDA receptors. Exon 5 of Grin1, the sequence in question that encodes a 21-amino acid cassette located on the extracellular part of the protein, is highly conserved across vertebrate species. Indeed, it is 100% identical between humans and mice and is therefore likely to be quite important. In the paper, Zhang and his team show that its inclusion in GluN1 helps regulate the early stages of excitatory synapse maturation. When this exon is removed from the gene, however, it leads to a general overproduction of excitatory synapses in the developing brain. The effect persists into adulthood, as adult mice without this exon become more susceptible to seizure.

Alternative splicing defects have been implicated in a growing number of human neurological diseases. Therefore, even if a gene sequence is normal, abnormal processing of its mRNA transcript may contribute to disorders and disease. The paper’s findings suggest that abnormalities in human Grin1 splicing may also play a role in brain disease and/or interact with other mutations or environmental factors to increase severity.