Perspective: Life on the front line of ME/CFS research 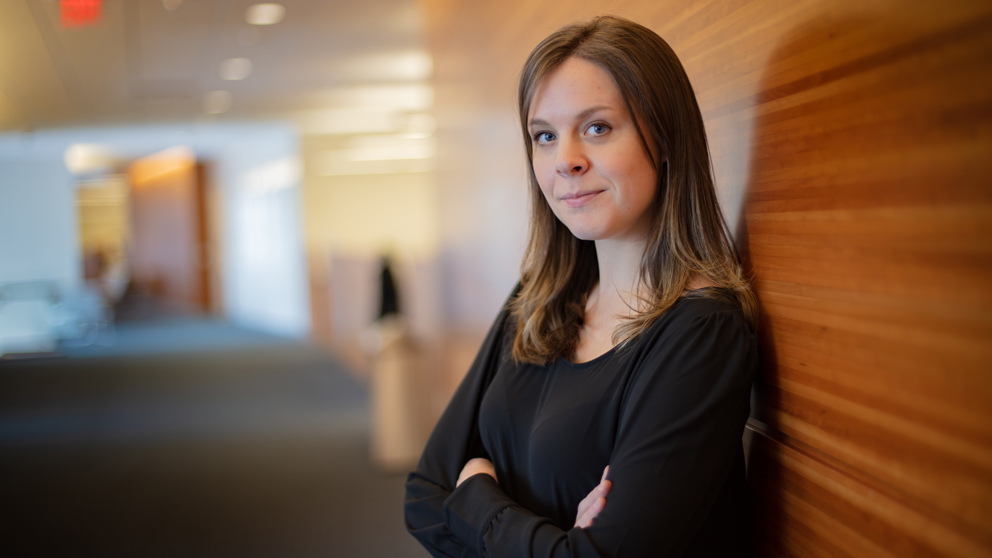 Courtney Gunter at The Jackson Laboratory for Genomic Medicine in Connecticut. JAX Photo by Charles Camarda.

“Outreach is the goal of the blog. There's often a knowledge gap around scientific research. When researchers don't have the time to communicate effectively about what they're doing, the public doesn't really understand most of their research. Bridging this gap is essential. [Blogs such as ‘A novel study from JAX ME/CFS Center on a human T cell subset involved in sensing the microbiome’ and ‘Insights into ME/CFS Phenotypes through Comprehensive Metabolomics’ bridge the gap between research papers and the general public.] People outside of any given field, including the general public, government agencies, and other researchers, need to understand the relevance and importance of the scientific work that's being done to support it

ME/CFS specifically has a long history of being misunderstood. It's important to promote education and understanding of ME/CFS because that could lead to a change in how the disease is viewed. In addition to that, the ME/CFS community is actually very engaged and interested in research that's being done about the condition. They are interested in knowing what we're doing here at the JAX CRC, and because they're literate in science, they often have good ideas about things that we could look at that we hadn't even thought of.”

How did you come to run the ME/CFS blog for JAX CRC?

“I started my position [at JAX] as the program manager for the CRC shortly after the grant was funded. Derya and I talked about what would be the best way to get information out to the public about what the CRC is working on. A blog seemed like a good fit because blogging is an open platform. You’re not limited to the type of content that you post. I can write my own articles [Courtney Gunter Visits the Bateman Horne Center]. I can repost other people’s articles [JAX Feature Article: Solving the Mystery of ME/CFS]. I can post videos, pictures, you name it. It’s also a good vehicle for generating feedback because people can comment and ask questions. That’s how the blog was born for the center.”

Through running the blog, what have you learned about public perception of ME/CFS?

“I think it varies. People who have the disease, have been diagnosed with it, and know that that's what they have, they have a pretty good understanding. There's a really good [online] community presence for this disease. There are lots of forums looking into what patients face and places that people can go where they can get a lot of information about current theories in the research, different medications that have helped other people, or things that have made their symptoms worse.

People who don't have ME/CFS often brush it off and assume that it's more psychological than physical, or that people aren't really experiencing what they're experiencing. There definitely is a knowledge gap for politicians and people who are unaffected, who don't know that much about it.

We hope that with our research and the blog, we can change people's minds.”

Has the process of running the blog ME/CFS patients changed your understanding of the disease?

“Yeah, it definitely has. I mean, I talk to patients and advocates often and just hearing their stories has changed my understanding. [Courtney interviewed ME/CFS patient advocates Jennifer Brea, Alan Gurwitt, M.D., and Carol Isaacson Barash, Ph.D., advocates Charmian Proskauer, Mary Dimmock, Sadie Whittaker, Ph.D., and Zaher Nahle, Ph.D., M.P.A., and physician Morris Papernik, M.D.] You often hear that these people have full lives and are dedicated to their work and to their families. When they get hit with this disease, everything comes crashing down. To me, it's very obvious it's an actual disease.

I've learned a lot about the disease itself that isn't always captured in the research. I've talked to people about how their disease started. They can have variable symptoms and even variable severity. Some people can function almost normally, and then others are bedridden. I feel like I've learned a lot about the disease in that sense, just from talking to people and hearing their stories.” 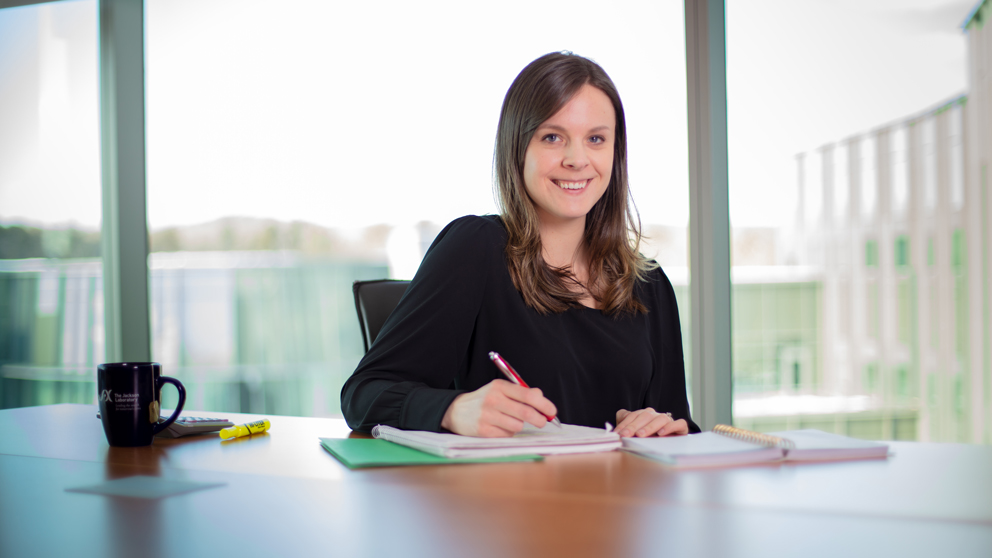 Were you interested in studying ME/CFS before you came to JAX?

“I didn’t know about it, actually. I have a science background, and I worked in biotech for four years after I finished my Masters. We were developing products for research use, but we weren't doing research. I hit a point where I thought to myself, ‘I got into science because I want to do research. I want to focus on a disease model and help figure out what is causing a disease that people don't know anything about.’

My mother-in-law actually has fibromyalgia, which is thought to be related to ME/CFS. We don't know for sure, but there's a lot of overlap in the symptoms. She has struggled with a lot of chronic pain daily. She's unable to work. I noticed, when my husband and I first started dating, a lot of her doctors, and even her family and friends had the same response to her as what people have to ME/CFS [patients]. They say things like, ‘Well, are you sure it's not in your head? You've tried all these things, how come nothing's working?’

I saw how frustrated she was. Not just at the care she was receiving from her doctors, but even in her personal relationships. Her relationships suffered as a result of this.

I saw the post for the program manager position, and thought, "ME/CFS, I've never heard of that!" I did a little bit of research on it and thought that it sounded so much like what my mother-in-law has. So many [ME/CFS patients] are frustrated in the same way that she is, and this disease is also misunderstood.

It called to me in that way— because I knew someone is experiencing something similar, even though it was a different disease.”

Has the field of ME/CFS knowledge and research changed since you began running this blog?

“Yes. I would say that in the past few years I have seen a definite shift in the view of ME/CFS. There's a lot of advocacy that's happened in recent years. The film Unrest being obviously a big one that was very public. [Blogs about the film Unrest: Time for Unrest, Bateman Horne Center Panel Discussion, and Unrest Viewing by JAX CRC Members] A lot of people were aware of [the movie], and I think that has increased a lot of the awareness of the disease-- both the severity of it as well as the burden to public health that it causes. It affects so many more people than I think the public was previously aware of, and it can be really disabling.

Views are changing all the time, as it becomes more public and as there's more research that's being funded.”

Do you feel positive about the future for ME/CFS patient care?

“I do, yes. I think that a lot of government agencies are taking it more seriously. They're funding more research about it. We have new people coming into the field all the time to do research. People have good ideas, and they have good technology that they're using. Hopefully, we can figure out what's causing [ME/CFS].”

Which were your favorite blog posts?

“We have done a few educational series posts. Going back to what I was saying before; there's a big gap between the public and scientists about scientific research. Science can be really technical, and if you don't have a background in it, it can be difficult to understand.

It's so important to bridge that gap so the public can have a favorable view of science and research. Something that we've tried to do is break down our own research. I did a couple of posts about Flow Cytometry (Part 1 and Part 2), which is what we use in Derya's lab to look at the immune profiles of patients. And then I did a post about the microbiome: what it is and why it's essential. That's what Julia's lab is working on for this project.

I got to explain the science behind our projects to people who would be really interested in knowing, but maybe don't have the scientific background. Those are probably my favorite. Not only does it help to bridge that gap, but for me, coming from a science background, they were interesting and fun to write.”