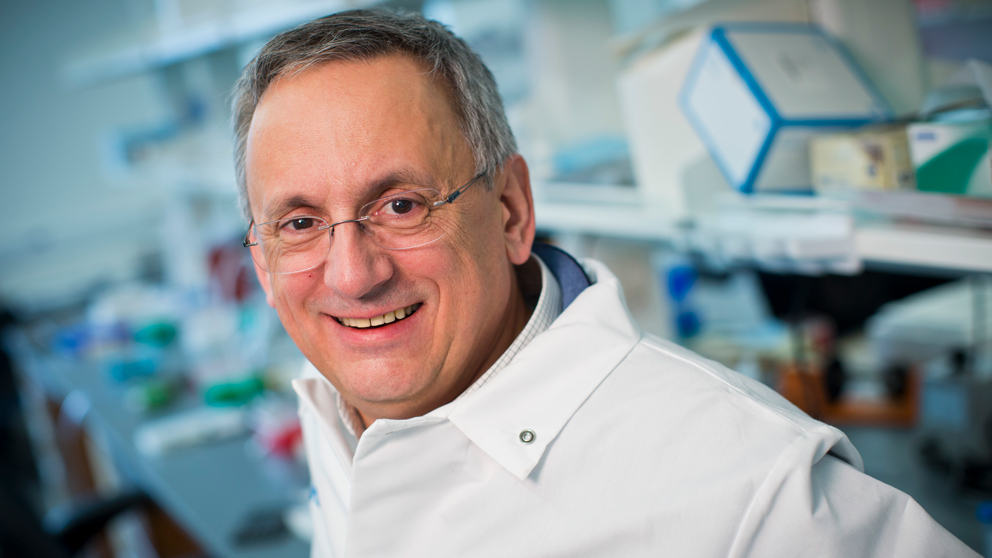 Jacques Banchereau in his laboratory at The Jackson Laboratory for Genomic Medicine in Connecticut. Photo by Dominick Reuter.

The Jackson Laboratory (JAX) announced today that it has signed a research agreement for up to $4.2 million with Sanofi to identify new targets to treat triple-negative breast cancer and ovarian carcinoma.

“We are excited to collaborate with the Immuno-Oncology group from Sanofi,” says Jacques Banchereau, Ph.D.Uses genomic tools to characterize human immunity in both healthy and disease states.JAX Professor Jacques Banchereau, Ph.D. “We are hopeful that our work together will transform a research concept into therapeutic antibodies that will ultimately help the many patients who are suffering from triple negative breast cancer and ovarian carcinoma.”

Banchereau applies a genomic technique called long-read isoform profiling to take a genomic “fingerprint” of the proteins found on the surfaces of cells. His lab has developed unique computational algorithms that accurately assemble the DNA sequence reads together like a genomic puzzle. His approach holds promise for developing more targeted and effective treatments for cancer and other diseases.

We are hopeful that our work together will transform a research concept into therapeutic antibodies...

The American Cancer Society ranks ovarian cancer fifth in cancer deaths among women, with 85 to 90 percent being of the ovarian carcinoma type.

“Dr. Banchereau’s research collaboration with Sanofi marks a new milestone for JAX by setting up a cutting-edge research program in coordination with a drug discovery industry leader,” said  BJ BormannIdentifies new business opportunities arising out of the Laboratory’s research and development strategies.BJ Bormann, Ph.D., vice president of translational science and network alliances at JAX. This collaboration will define a set of tumor-specific versions of proteins found on the surfaces of triple-negative breast cancers and ovarian carcinomas, two of the deadliest cancers for women. These identified proteins could potentially be targets for new drug discovery programs at Sanofi.

“We are pleased to be collaborating with Dr. Banchereau and his team at JAX to apply novel approaches to target identification in immunooncology.  Sanofi’s advanced capabilities in biologics-based therapeutics are complementary to JAX’s target discovery engine.  We look forward to working with JAX scientists with the goal of advancing safe and effective immuno-therapies for the benefit of those suffering from cancer,” said Dmitri Wiederschain, head of Immuno-Oncology Research at Sanofi.

The Jackson Laboratory (www.jax.org) is an independent, nonprofit biomedical research institution with more than 2,200 employees. With a mammalian genetics institute at its headquarters campus in Bar Harbor, Maine, JAX also has a genomic medicine institute in Farmington, Conn., and vivarium facilities in Sacramento, Calif., and Ellsworth, Maine. JAX’s mission is to discover precise genomic solutions for disease and empower the global biomedical community in the shared quest to improve human health.