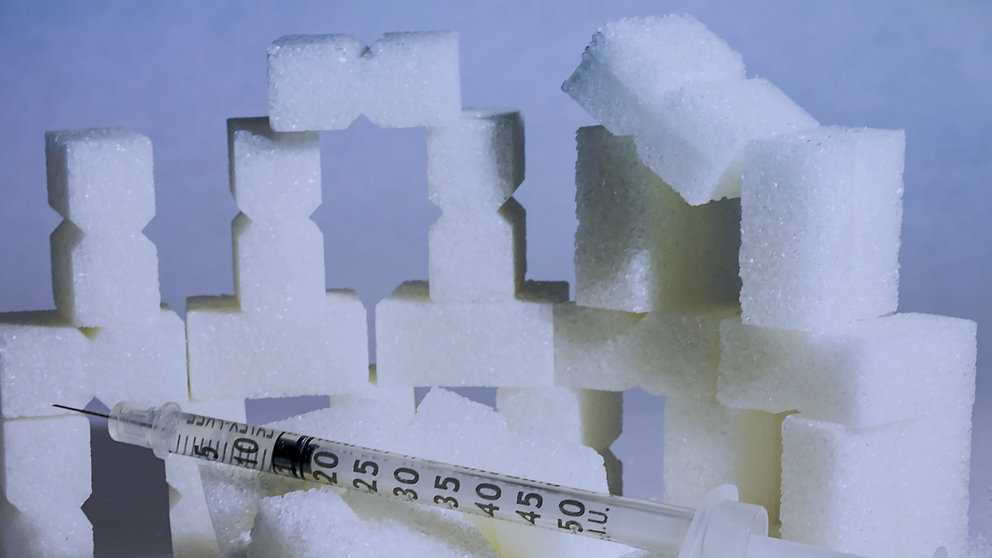 JAX’s Stitzel Laboratory secures funding from the National Institute of Diabetes and Digestive and Kidney Diseases that will allow them to explore a new genomic region linked to type 2 diabetes, with hopes of establishing them as new targets for treatment.

The number of adults living with type 2 diabetes (T2D) is at an all-time high in the United States: approximately 30 million according to recent estimates. T2D develops when a patient’s islet cells — the special insulin-producing cells in the pancreas — fail to produce enough insulin to regulate the body’s blood sugar levels. Although some treatments and management strategies exist, the disease remains the seventh leading cause of death in the United States.

In late 2013, JAX Assistant Professor Michael Stitzel, Ph.D.(De)coding the regulatory landscape of human pancreatic islets and other metabolic cell types health and diabetesMichael L. Stitzel, Ph.D. , co-led a large-scale genetic study that identified a unique epigenetic fingerprint overlapping several regions in the human genome linked to genetic risk of T2D. One region on chromosome 15 encompassing two genes, called C2CD4A and C2CD4B, possessed this unique epigenetic signature in islet cells and demonstrated an association with heightened risk for diabetes. This new finding piqued Stitzel’s interest, and he decided to pursue understanding of this region in his laboratory at The Jackson Laboratory for Genomic Medicine in Farmington, Connecticut.

Stitzel and his research group at JAX have now received a $2,101,309 grant from the National Institute of Diabetes and Digestive and Kidney Diseases (NIDDKD). This grant will allow them to delve deeper into a specific investigation of these two genes — what they do, how they’re regulated, and how they interact with other genetic and environmental risk factors for diabetes.

The basic principle for this grant is for us to systematically tear apart that whole genetic region and understand the regulation and the function of the genes within it.

The funding will enable Stitzel and his team to apply both classic techniques and new genome and epigenome editing tools to manipulate the two genes of interest in mice, rats, and human islet cells. Analyzing the same gene across multiple species allows researchers to learn more about the role the gene plays in key biological processes.

“We became very excited during the initial stages of our experiments because when you see something that's conserved across evolutionary time, you think it must be pretty important for that cell type to function,” says Stitzel.

Despite a great deal of previous research on diabetes, no one has assigned these specific genes a function or linked them to the disease before.

“The basic principle for this grant is for us to systematically tear apart that whole genetic region and understand the regulation and the function of the genes within it,” explains Stitzel.

Stitzel emphasizes the fact that his team identified and examined the two genes in human islet cells before seeking to study the corresponding genes in rodents.

“There have been lots of studies that have started in mice, but I think we need to flip that on its head and use human data as the entry point for mechanistic studies,” he says. “Now we have so many cool innovative genomic tools to be able to look into human tissue and measure molecular features of healthy and diseased human pancreatic islets.”

However, animal models remain crucial to in-depth mechanistic studies like this one. In addition, researchers like Stitzel anticipate continued improvements in laboratory models of diabetes.

“Human genetics is getting to a point where we can start to sub-stratify diabetes based on different genetic features that show up in different individuals,” he says.

Adding more nuance and variation to mouse models should help them be a better representation of the human population, making resulting data more accurate.

“Once we have a firm understanding of the genes and pathways involved in islet (dys)function, we should be able leverage this knowledge to tailor therapeutics,” he says.

While Stitzel is the principal investigator on the NIDDK grant, he and his lab will also be collaborating with Drs. Laura Alonso and Jason Kim from the University of Massachusetts Medical School. Co-investigator Laura Alonso, M.D., is the Director of Beta Cell Biological Studies in the diabetes division of the department of medicine and brings additional islet cell-specific expertise to the study.

The two genes that are the focus of this investigation are particularly attractive because genetic studies so far suggest that increased expression of the gene product, rather than decreased expression, is associated with risk for diabetes. By tamping down the effects of the gene, researchers – and eventually doctors – might be able to help at-risk individuals’ islet cells function at healthy levels for a longer period of time.

“Therapeutically, most people in the pharmaceutical industry will tell you that it’s easier to inactivate a gene’s function than to supplement it,” says Stitzel. “From a small molecule perspective, this could give us an actionable, druggable window.”